In the U.S. the COVID pandemic cost hundreds of thousands of lives. Most deaths were directly attributable to the virus, but a substantial number were caused through the exacerbation of chronic social problems.

A catastrophic increase in drug overdoses

For instance, the CDC recently announced that drug overdose deaths last year jumped 30 percent from 2019, the worst single-year increase ever recorded. In 2020, there were roughly 93,000 overdose deaths, with 48 out of 50 states experiencing an increase. The New York Timesreported:

While drug overdose deaths — particularly from fentanyl — have been a problem for several years, the lockdown worsened drug use nationwide. 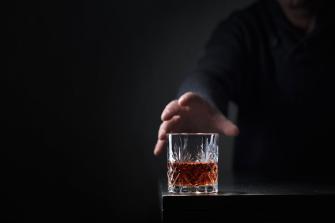 Unfortunately, there was a notable increase in other causes of death, as well. A new paper in JAMA shows that from March to August 2020, homicides and unintentional injuries were higher than expected. The only good news is that deaths by suicide were lower than expected, a particularly surprising finding given that mental health issues skyrocketed during the pandemic.

To arrive at their conclusions, the authors investigated cause-specific mortality rates from January 2015 to February 2020. This allowed them to calculate an “expected” number of deaths from March to August 2020, which were then compared to the observed number of deaths during the first six months of the pandemic.

The authors speculated that drug overdose deaths and homicides may have increased due to economic stress. Also, treatment programs for substance abuse may have been disrupted.

Blame COVID for cancer, too

The pandemic will continue to shape cause-specific mortality in unexpected ways. According to new research in the Journal of the National Cancer Institute, there will be 2,487 excess breast cancer deaths by 2030 due to decreased screening, delayed diagnosis, and reduced treatment, representing a 0.52 percent cumulative increase over the number of expected breast cancer deaths.

Hospitals have also reported an increase in admissions for alcohol-related liver disease. USC has experienced a 30 percent uptick since March 2020.

Society will be dealing with the fallout of COVID for years to come.

Tags
addictionCOVID-19Current EventsdeathdrugspoliticsPsychedelics & DrugsPublic Health & Epidemiologysociety
In this article
addictionCOVID-19Current EventsdeathdrugspoliticsPsychedelics & DrugsPublic Health & Epidemiologysociety
Related
Neuropsych
Daily caffeine intake temporarily alters your brain structure
Compared to people who took a placebo, the brains of those who took caffeine pills had a temporarily smaller gray matter volume.
Strange Maps
Europe’s stunning digital divide, in one map
Some Europeans really don’t want to use the internet.
Health
COVID, RSV and the flu: A case of viral interference?
Viruses, it turns out, can block one another and take turns to dominate.
Health
Chantix, Trulicity, Xeljanz, and most drugs advertised on TV are of “low therapeutic value”
Close to 70% of drugs advertised on TV offer little to no benefit over other cheaper drugs.
The 10 biggest world threats of 2023, ranked
Rogue Putin is the biggest risk of 2023. Here are the other nine, explained by global political expert Ian Bremmer.
▸
17 min
—
with
Ian Bremmer
Up Next
The Future
Imagine an AI with an imagination
Understanding “why” may be the key to unlocking an AI’s imagination.