North Korea has a long history of making bellicose threats that defy global norms. So does that mean the country’s leaders are irrational, and will act irrationally?

In 1994, the North Korea threatened to turn neighboring Seoul into a “sea of fire.” When President George W. Bush deemed the Hermit Kingdom part of the “axis of evil” in 2002, Pyongyang claimed it would “mercilessly wipe out the aggressors.” And after the UN sanctioned North Korea for conducting a nuclear missile test in 2013, the country responded with a lengthy statement that included the line: “Time has come to stage a do-or-die final battle.”

North Korea often puts the U.S. in its crosshairs when it threatens the outside world – at least rhetorically. Deciding if North Korea is a truly unpredictable menace requires asking the question: How much of a threat is the Hermit Kingdom to the U.S., really?

The consensus among security experts is that the primary focus of North Korea’s nuclear program is deterrence—the same strategy used by American and Soviet forces to prevent a nuclear holocaust during the Cold War.

North Korea’s government in Pyongyang wants to prevent an invasion at all costs, and it lashes out each time it feels threatened by the US. It is a perpetually insecure country—devoting a full 25 percent of its gross domestic product to defense, and much of that to missiles, while its citizens starve. 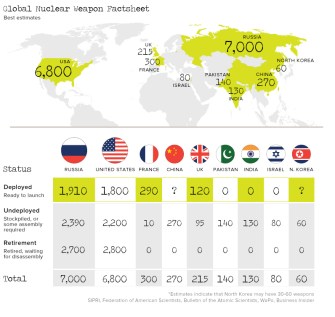 As of 2017, North Korea could have anywhere from 20 to 60 nuclear weapons that might be deliverable on short-range ballistic missiles. In contrast, the U.S. has nearly 7,000 nuclear weapons that can strike any location on Earth in less than an hour. Pyongyang is fully aware that a first strike on its part would be suicide.

North Korea seems to have learned a lesson from modern military history, though, which is that a small nuclear arsenal could be the only thing keeping it safe from the outside world, as Michael Desch, a professor of political science and founding director of the Notre Dame International Security Center, told Big Think:

“Now most people would concede that the balance is very much in our favor but say, ‘Look, this is a crazy regime. I mean, couldn’t this be a case in which a madman has his finger on the nuclear trigger?’

And I don’t want to defend Kim Jong-un’s rationality or his sartorial choices, but I would say he’s learned the lesson that many other dictators have learned from Saddam Hussein and from Muammar Gaddafi, which is: if you don’t want to be invaded by the United States, build whatever rudimentary nuclear arsenal you can.”

Short of a military attack, the main threat to the North Korean people is starvation. The U.N. estimates that some 18 million North Koreans – including 1.3 million children – aren’t getting enough food, a problem that’s plagued the country since widespread flooding in 1995. 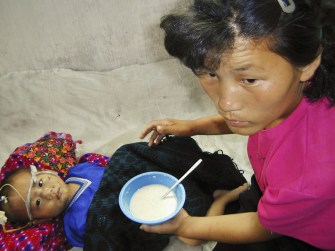 This resource crisis, along with North Korean citizens’ increasing exposure to information from the outside world, could ultimately be the force that brings down the North Korean regime well before any outside intervention.

“…a residual nuclear arsenal I think is no guarantee that the North Korean regime won’t collapse of its own internal rottenness,” Desch said. “In fact I anticipate that that’s what will happen. And that will present its own set of challenges.”

The key question the U.S. should ask itself isn’t whether to invade North Korea, but rather what’s it going to do when the regime inevitably collapses on its own? And that challenge has two main components, as Desch explains:

“First of all the United States and the South Koreans will be tempted, if a civil war starts in the north or even if there’s just a large scale social unrest, to intervene. The South to reunify their country, the United States to try to clean up the nuclear capability. But the problem is that there’s another great power with a big equity in North Korea, and that’s China.” 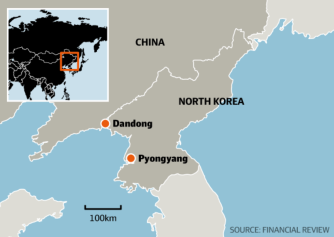 The collapse of North Korea could bring chaos to China. For one, a conflict could result in refugees, armed North Korean soldiers, or even nuclear fallout could spilling over the Yalu and Tumen rivers into China. But there’s also the fact that Beijing sees North Korea as a buffer protecting the Chinese from the U.S. If the North Korean regime collapses, Korea could reunify and the U.S. could install a military presence – including nuclear weapons – directly on China’s eastern border.

China has already begun preparing for the inevitable instability in North Korea by reinforcing its borders, installing 24-7 surveillance systems, and conducting publicized drills among its border brigades. So, how should the U.S. plan for the North Korean collapse? 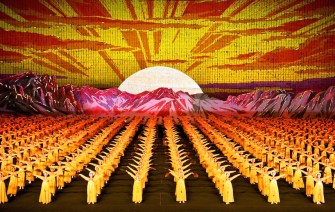 Rather than threatening the insecure nation with military action or sanctions that would only kill even more of its starving citizens, the safest and most strategic solution for the U.S. seems to be to establish agreements with China that outline how the two superpowers will configure themselves after the collapse of the regime, ensuring that the inevitable power vacuum in East doesn’t lead to unnecessary conflict.

“I think we’d be well advised to start now dialoguing with the Chinese about the future,” Desch said. “And I think a unified Korea, but also one without nuclear weapons and nonaligned, without a major U.S. military presence could be the deal that would work for everybody.”

How the U.S. reinvented the notion of empire

Preferring “bases not places,” the U.S. does not really resemble the empires of old.
The Present

Instead of just Afghanistan, the U.S. military ought to withdraw from the entire Middle East and much of the rest of the world.
The Past

How the British obsession with tea triggered wars, led to bizarre espionage, and changed the world — many times.
The Past

Before it fueled Woodstock and the Summer of Love, LSD was brought to America to make spying easier.
Up Next
Starts With A Bang

How Can We Tell If A Space Rock Came From Outside Our Solar System?

The discovery of the first-ever asteroid to arrive from interstellar space is full of lessons for us all.On October 19th, astronomers discovered an objectunlike any other we’d seen before: a massive […]