You may have the best poker face in the world. You may choose to keep your feelings close because you consider your emotions nobody’s business but your own. Or maybe you don’t think it’s smart to give too much away. No matter — a team of researchers has developed a system that can read your hidden excitement, happiness, anger, or sadness. With or without your cooperation.

It’s called “EQ-Radio,” and it’s the creation of MIT’s Computer Science and Artificial Intelligence Laboratory (CSAIL). They claim it’s accurate 87% of the time. It reads your feelings by bouncing ordinary WiFi signals off of you that can track your heart rate. There are no on-skin sensors involved with EQ-Radio.

WiFi is a two-way form of communication: Your router carries internet data to your laptop, which then transmits data back to the router en route to the internet. An EQ-Radio measures the speed at which data completes a round trip to its target — for example, you — and analyzes fluctuations in that speed to measure your heart rate. It’s your heart rate that gives away your emotional state. 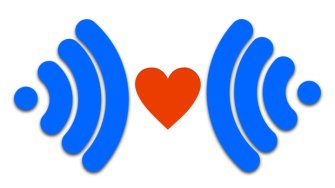 The correlation of heartbeat to emotion in each person is unique to some extent, but MIT says they can accurately assess the emotional state even of people they’ve never before studied 70% of the time. Mingmin Zhao, on the MIT team, told MIT News, “Just by knowing how people breathe and how their hearts beat in different emotional states, we can look at a random person’s heartbeat and reliably detect their emotions.”

One of the challenges the team faced was filtering out extraneous “noise” such as breath sounds to clearly detect the heart rate. Bear in mind that it’s not audio that EQ-Radio has to analyze, but instead data that reflects the speed of the WiFi bounceback. So “noise” refers to irrelevant data, not the actual sound of, say, your breath. That they’re able to measure heart rate with about a .3% margin of error is remarkable. That’s as good as an ECG monitor.

The EQ-Radio software is based on previous work the lab has done using WiFi to detect human movement. The goal of the earlier work was to use WiFi in smart homes that could do things like control heat and lighting based on your location, and detect if an elderly person has fallen. (It’s also seen as having potential use for animation motion-capture in films.)

The junction of that earlier project and EQ-Radio was the exploration of more-accurate health-tracking wearable devices.

The Possible Uses of EQ-Radio

There are a number of obvious applications for EQ-Radio, such as:

Hopefully, EQ-Radio won’t turn up in personal devices that let you “read” the emotions of people around you.

When EQ-Radio moves beyond its current laboratory setting, there’ll be obvious privacy concerns: Do you have the right to keep your feelings to yourself?

If you’re in a public place — say, a hospital or theater — where an EQ-Radio system is in operation, will a signed release from you be required before your emotional state can be tracked? Would you have to give a police department permission to monitor your feelings during an investigation, or could you refuse as you can a polygraph test? Could an authoritarian government “read” its citizenry at will? Will this become a standard tool to anti-terrorism authorities?

It may be that the right to private emotion is the next personal freedom. It remains to be seen whether we’ll be asked to surrender it.

Welcome to the future. Again.

In the name of fighting horrific crimes, Apple threatens to open Pandora’s box.
The Present

Companies can identify you from your music preferences, as well as influence and profit from your behavior.
The Present

And is anyone protecting children’s data?
The Present

The attack on the Capitol forces us to confront an existential question about privacy.
Neuropsych

Neuroscientists and ethicists wants to ensure that neurotechnologies remain benevolent.
Up Next
Health

A study, published in the Journal of the American Medical Association (JAMA), found that fitness trackers don’t help you lose weight. Instead, they may impede your efforts.