In this day and age, people don’t even want to go to the bathroom without their smart phone. For those of us with unbridled access, Wi-Fi might seem ubiquitous. But the reality is, one in five US homes aren’t wired for the internet. In fact, 13% of Americans don’t even use the internet at all. According to a Pew Research Center poll, “Adults from households earning less than $30,000 a year are roughly eight times more likely than the most affluent adults to not use the internet.” Those which make $20,000 per year or less are even less likely. Generally, these folks are among the poor and less educated.

This lack of access hurts educational prospects, the ability to find a good job, and more. Of course, one can usually use the internet at the local library. But they often have a cutoff point, say 30 minutes of uninterrupted time. How can a job seeker who has a 30-minute window compete with someone who has 24/7 access, and can fire off legions of resumes, hour after hour?

In a recent interview with NPR, Sen. Amy Klobuchar (D-MN) said that in her state many farmers, students, and small business owners have to go to a McDonald’s parking lot in order to work. Rural Americans are twice as likely to have never used the internet, the Pew poll found. These are generally the same voters who helped Trump win the presidency. Interestingly enough, the Pew poll found that lack of access was similar among white, Hispanic, and black Americans. Not enough Asian-Americans responded to get a read on their demographic. Those with disabilities are also less likely to have internet at home. 25% of US adults are disabled. 54% of them have no internet access. 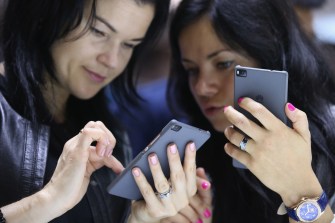 A large number of Americans today have internet access only via smart phone.

Another issue, without universal Wi-Fi the US could be overtaken by other countries, losing its innovative edge. To battle income inequality, help keep us competitive, heal the country, and offer something all Americans can get behind, the Trump Administration should setup the entire US for free high-speed internet. Though deficit hawks might poo-poo the idea, it should be cost-effective, since Estonia, which has a lot smaller GDP than the US, is already completely covered. Not only can you get in anywhere in the country and in all public places, you may even pick up Wi-Fi while hiking in the woods there, as some claim.

The Philippines too recently installed free Wi-Fi in public places including schools, hospitals, airports, libraries, public parks, and other locations. The speed is up to one gigabyte at each access point. The new president Rodrigo Duterte, though criticized for his brutal strong-man tactics from abroad, has been praised domestically for the move, which was completed within 100 days of him taking office.

The Territory of Delhi in India is also planning to offer free Wi-Fi. Surely, if Estonia, the Philippines, and Delhi can do so, the US – one of the richest countries in the world – can too. Private companies are shooting even higher, and planning to offer wireless internet to the entire world. Google, Facebook, and even tech scion Elon Musk all have such plans, concentrating on the most poverty-stricken and remote areas. Google meanwhile, has already wired up Mountainview, WA (where its headquarters is); Kansas City, MO; Douglasville, GA; and certain parts of New York City. 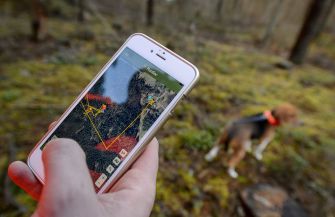 A Washington Post article claimed the FCC was planning to cover the US in sweet, sweet Wi-Fi, but under pressure from certain telecom giants, scrapped the plan. However award-winning journalist Jon Brodkin at the website Ars Technica told Forbes that the story was “basically nonsense.”

In 2011, the UN declared internet access a human right. This notion squares with American law too, as the FCC recently ruled the internet a utility rather than a service. Such a massive project would provide jobs and boost the economy. To pay for it, we can adopt Bernie Sanders’ plan to put a small tax on risky derivatives trading. Since Mr. Trump is planning to repeal Dodd-Frank, this tax would allow the market to regulate itself, as traders would decide which trades are worth the slim tax.

At nearly four million square miles, a lot of hotspots will have to be set up. Yet the economic payoff would far outweigh the cost. Several World Bank studies found that with every 10% increase in broadband internet penetration a country gains, a 1.38% increase in GDP follows.

This could be like the Eisenhower highways system, connecting Americans like never before, while helping to ease inequality by narrowing the digital divide. It could be called the Trump Internet Superhighway (TIS), acknowledging that the president elect has a predilection for putting his name on things. And this could harken back to the Eisenhower years, a president whom Americans of both political persuasions recall fondly, which could help heal the country as well.

We are likely to see the first humans walk on Mars this decade.
The Present

Global inequality takes many forms, including who has lost the most children
Up Next
Starts With A Bang

Be thankful for the Universe that created you

The Universe is an amazing place, and the way it came to be today is something very much worth being thankful for. Image credit: NASA, ESA, Hubble Heritage Team (STScI […]