A disturbing new study has projected a lifetime risk of death from firearms and drug overdoses in the United States.

The study, published in The American Journal of Medicine, found that the risk of a person dying from a gunshot is about one percent, while the risk of death by drug overdose is at 1.5 percent. If this death trend continues on this trajectory, it means that approximately one out of every 100 children today will die from a firearm while a sobering one out of 70 will die by drug overdose.

Of course, location, racial ethnicity, and gender are relevant when it comes to calculating the risk of dying by either gunshot or drug overdose. The study found that the lifetime risk of dying by firearm is the highest among Black boys, with one out of 40 calculated to die by gunshot. That’s a 33-fold higher risk when compared to Asian American females. This risk of dying by gun violence is highest for individuals living in Alabama and New Mexico.

The lifetime risk of drug overdose is the highest among Black and white boys and in the state of West Virginia, where one out of 30 children will die this way. 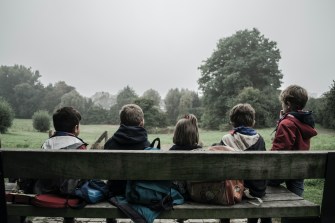 Photo by Piron Guillaume on Unsplash

The presentation of the data in this study puts the human being in the center of the fatalities. Media and policy makers typically discuss these social issues in terms of numbers of death; e.g. 40,000 firearm deaths in 2017, or 21.6 overdose deaths a year for a population of 100,000 in 2017. But those absolute numbers omit a vital, personal part of the story and can undermine the ethical demands of the issue by de-centering the human lives that will be lost.

To do this study, Ashwini Sehgal, MD — a professor of medicine at Case Western Reserve University in Cleveland, Ohio, and a physician at MetroHealth Medical Center — used data from official death certificates to project the likelihood that an American will die from either gun violence or a drug overdose in his or her lifetime.

“While absolute numbers of deaths and annual death rates describe mortality over a short period of time, lifetime risk tells us more about long-term consequences,” he said in a Elsevier news release. Sehgal explained how thinking about the risk in a person’s entire lifetime shifts perspective, noting that the study findings haunted him when he was touring a new elementary school in his Midwestern community. “I had a hard time concentrating on the gleaming whiteboards, the new computers, or the cheerfully decorated walls. I realized that one child on every floor of the school would likely die from firearms and another one from a drug overdose in the years ahead. If I were across the border in West Virginia, then one child per classroom will have their life ended by an overdose.”

In the study, Sehgal wrote that presenting information on lifetime risk of death may be a more useful way to communicate the impact of gun violence and overdose deaths to the public and policy makers. He advised that lifetime risk be included in news stories and government reports, also recommending that it be compared with the lifetime risk of dying by other causes — such as terminal illness — and figures from other nations.

It may also be beneficial to highlight changes in chance of lifetime death by these causes over time. American drug overdoses, for example, have quadrupled over the last 20 years.

The lifetime risk calculations made by Sehgal are based on the assumption that future death rates will parallel the current ones measured. But if the public and policy makers take action, this can change.

Non-partisan brains differ from those of partisans

Non-partisans are real, and their lack of partisanship has a cognitive element.