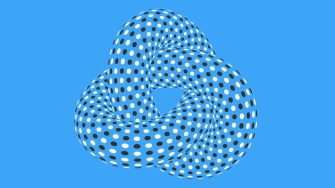 There are multiple reasons why IBM should have such a vested interest in blockchain technology.

First and foremost is the undeniable fact that blockchain is moving to the mainstream very quickly. Studies by Gartner have revealed that the business value of blockchain technology is expected to reach $176 billion by 2025, and is set to increase even further to a staggering $3.1 trillion by 2030.

If this prediction turns out to be true, IBM stands to gain a significant amount by getting in on the action early. There’s a reason why blockchain is gaining popularity so quickly. Its potential to improve business efficiency across a huge range of industries is huge.

Some of its biggest potential uses include:

Following these applications, IBM has identified healthcare, financial services, and shipping as three of the main industries where blockchain technology could provide the most value in the future.

Of course, these are all massive industries, and disrupting them will be no small feat.

Industry insiders believe that IBM will pave the way for future innovation and projects to develop blockchain solutions.

Co-founder of Tatau Andrew Fraser has said that :

“IBM are a thought leader in the Blockchain space, and like many other large corporations, are investing heavily in this nascent technology. The key to their success will be partnerships with other innovators which will help accelerate their developments and minimize risk”

Daniel Trachtenberg, CEO of Zinc has stated that: “Judging by the time and effort IBM is putting into developing blockchain solutions, it’s clear that they realized this tech is valuable and very efficient to generate transparency, allow secure management of user identity and user data, manage commercial relationships, manage supply chain and inventory, etc.” 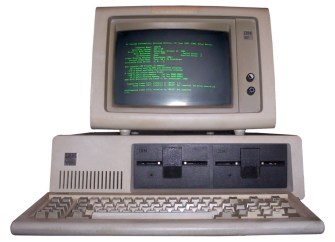 Since IBM was established back in 1911 in New York City, it has developed into a huge multinational corporation. Today, it is known all over the world for its quality computer hardware, middleware, and software.

With everyone from Google, to Amazon, to Long Island Iced Tea dipping their toes into blockchain recently, it’s hardly surprising that IBM has decided to jump on the bandwagon – and on a huge scale.

IBM currently has 1,500 employees working on over 500 blockchain projects in a wide range of different industries – including shipping, banking, healthcare, and food safety.

Over the past few months, the company has even managed to form new partnerships with the likes of Columbia University as a means of advancing the development of the technology and coming up with even more ways it can be used.

Following many controversial events over the past year, including the likes of the Facebook-Cambridge Analytica data scandal, IBM’s blockchain division has also endeavored to do more work in the self-sovereign identity field, with the ultimate goal of giving users more control over their personal data. 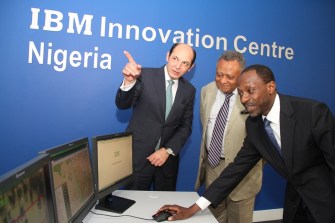 Is this a risky strategy?

Despite all of the attention being drawn towards blockchain over the past few months, there are still skeptics who don’t quite agree with the technology. In fact, some have even said that it’s downright dangerous.

In addition, given the novelty of the technology, we are still largely unaware of what it will actually be used for in the future.

However, when it comes down to it, such a bold move is hardly surprising from a global corporation like IBM. Ever since the company was created, it has been pushing the boundaries when it comes to innovation.

One example of this was their Watson supercomputer, which began as a research project back in 2006, and has quickly become one of the world’s best known artificial intelligence systems. However, despite providing some revolutionary breakthroughs within the field of AI, Watson has one glaring problem – it isn’t making any money.

In one report, Jefferies investment bank stated, “it seems unlikely to us under almost any scenario that Watson will generate meaningful earnings results over the next few years”.

It is clear that the company must tread lightly if they wish to avoid making similar mistakes when it comes to the blockchain.

When does IBM expect to see the payoff?

Much like artificial intelligence a few years ago, blockchain is still a very new development.

There are still many kinks that need to be ironed out, and more importantly, many questions to be answered about this technology.

There has been a significant amount of debate regarding when blockchain technology will become mainstream. And despite plunging millions into blockchain development, it will likely be years before IBM even begins to see any results.

However, Trachtenberg was spot on when he said, “I think that having companies like IBM vesting this much effort into blockchain, specifically into advertising solutions on the blockchain, will accelerate mass adoption and allow other projects to develop consumer applications for mass market adoption.”

If they play their cards right and learn from their mistakes from Watson, IBM will have a significant advantage over its competitors across the blockchain industry in the long-term.

Preventing scurvy is not just a problem in the Antarctic.
Up Next
Starts With A Bang

This Is Why The 2018 Nobel Prize In Physics, For Lasers, Is So Important

The preamplifiers of the National Ignition Facility are the first step in increasing the energy of laser beams as they make their way toward the target chamber. NIF recently achieved […]