Scientologists believe that human beings are vessels for the ghosts of brainwashed aliens. Heaven’s Gate believed that committing mass suicide would enable them to enter a spaceship flying in the wake of the Hale-Bopp comet. The leader of the Branch Davidians said he was the messiah and all women were his “spiritual wives.” With views this crazy, the only thing crazier is that people seem to buy into cults at all. 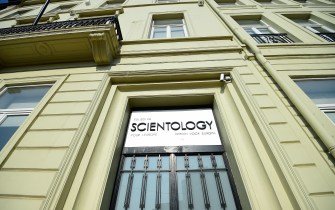 As it turns out, most people can be susceptible to cult influence under the right conditions. Research has shown that the people who are the most susceptible to recruitment are stressed, emotionally vulnerable, have tenuous or no family connections, or are living in adverse socioeconomic conditions. New college students are a prime example of good targets for cult recruitment since they’re still forming their identity and have recently been separated from their families. In addition, people who were neglected or abused as children may be easily recruited because they crave the validation denied them in their childhood.

There’s a bit of a false belief out there that cult recruits tend to be mentally ill, but this usually isn’t the case. Cults don’t want completely unpredictable people to join; rather, they want relatively stable people who can work to forward the cult’s goal and donate money. Relatively healthy people going through stressful periods, therefore, are their prime targets.

Originally coined by the Moonies, love-bombing is more or less self-explanatory. Having identified a stressed, emotionally vulnerable target, cults flood that person with affection, flattery, and validation. Cult awareness educator Ronald N. Loomis described this practice on college campuses as involving “a recruiter approaching the student and doing everything [they] can to make the student feel special and unique. They’re quickly trying to convey the message that I am your new best friend. And they will fake mutual interests in order to give the impression that they share many things in common.” He also described how one cult trained its members to wait outside counseling centers to poach troubled students and offer them the comfort they would otherwise get from a trained professional. Once they’ve enticed a recruit with approval or the promise of some fulfilling understanding of the universe, cultists then work to isolate the recruit. Often, this takes the form of a weekend retreat, where the recruit is immersed in the cult’s ideology over the course of a few days. Not only are recruits physically isolated from friends and family members who might otherwise provide a reality check, but cults often isolate recruits from outside information. Newspapers, books, TV, and web access are all censured, ensuring that the only reality the recruit gets to experience is the one presented by the cult.

After convincing you that they’re the best friends you’ve ever had and bombarding you with the cult’s ideology, the cultists’ next job is to make sure they hang on to you. There’s a variety of techniques they can use to accomplish this, but these usually involve iteratively subjecting the cult recruit to terror and love.

In an interview with Aeon, social psychologist Alexandra Stein explained that “when we are frightened, we don’t simply run away from the fear, but run to a safe haven, ‘to someone…’—and that someone is usually a person to whom we feel attached. But when the supposed safe haven is also the source of the fear, then running to that person is a failing strategy, causing the frightened person to freeze, trapped between approach and avoidance.”

By keeping cult members totally off-balance in this way, cults increase their members’ dependency on the leader, ensuring they retain control. The exhausting, frozen state of “terror and avoidance” overwhelms cult members and their ability to think critically about the ideology they’ve suddenly committed themselves to.

New research suggests they may be in the connections between your brain cells.
Thinking

Death is the great and terrifying unknown, awaiting us all at the end of this life. Giving it a personality makes it easier to gaze upon.
Neuropsych

Helping others improves your mood. Here’s why.

Your motivation matters, though.