One of the hardest challenges in business might be transitioning from founder to CEO. This transition is especially difficult when you’re a woman, writes Big Think’s co-founder and CEO, Victoria Montgomery Brown, in her upcoming book, Digital Goddess: The Unfiltered Lessons of a Female Entrepreneur.

Women are categorized differently than men in nearly every facet of business and life. In the chapter, “Boss Not B*tch,” Brown calls out the stark differences in perception. Entrepreneurs are considered creative, innovative, and pioneering, while CEOs are powerful, controlling, and established. These labels are often attributed to the same person, however. How do we find a fairer representation, especially when contemplating the role of a female CEO?

Part of the problem, Brown writes, is that women think they need to act like men in order to be successful.

“I think that when women are insecure about their own leadership capacities or are convinced that to lead, they need to act like men, they inadvertently become their own worst selves. I’ve certainly fallen into that trap.”

Brown spends the rest of the chapter describing how not to fall into that trap. Below are four methods to implement on the road to success. 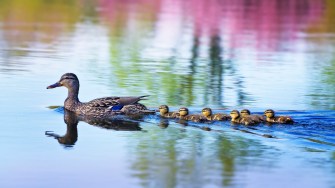 As Brown writes, women tend to be nurturers—a positive attribute for growing a business. In fact, female-led private tech startups have a 35 percent higher return on investment than male-led companies. That fact could at least in part be due to a nurturing attitude.

Not that Brown always toed that line. She originally adopted a command and control attitude—the wrong approach. She thought it was what she was supposed to do. Modern businesses adopt a militarized language, one quite suited to the male competitive temperament.

Rising above competition doesn’t require a slaughter. Some people are better at jiu jitsu than taekwondo; both have a place. Brown believes command and control might work in the short term, but she’s not convinced it’s a sustainable approach.

“A business is not an army, and the concept of ‘controlling’ them will not get the best out of people.”

In nurturing Big Think, Brown hired employees who shared the values of the company. As Simon Sinek recommends, she started with why, then found workers dedicated to that why. In the process, she found the best means for growing people’s talent, not sticking them into a box and hoping they succeed.

“Creating silos will kill you.”

Companies that separate departments end up with groups of self-interested individuals. Self-interested workers inevitably follow a punishment and reward system. This is the reality experienced at many modern companies.

Brown points to research published in Harvard Business Review that found 95 percent of a company’s employees don’t understand the company’s strategy. If you don’t know your company’s why (or how they’re going to accomplish it), your daily workload is going to feel hollow.

Lack of communication is the nail in the coffin of startups. As Brown writes:

“If individuals are being rewarded solely on their own performance, they are motivated to take or use as much of the resources as they can, possibly to the detriment of the entire organism.”

Communication is everything. Language is the coordination technology that helped humans collaborate and rise to the top of the animal kingdom. Keeping communication lines open is the key to survival on the savannah and in the conference room.

Tethered to communication is location. We might be temporarily working from home right now, but humans are social creatures. We need to share space. Office design matters.

Big Think’s original office was rented in a shared space. Everyone was scattered: a desk here, a table there. This workflow created a lot of miscommunication within groups and especially between departments.

When transitioning into their current offices, Big Think cofounders Brown and Peter Hopkins claimed the conference room, which was separated by glass doors from the rest of the crew. The team was united, but this single partition created its own problems.

“They were less likely to come and talk with us because it seemed more formal.”

Employees also felt awkward asking to use the conference room for meetings given the fact that Brown and Hopkins were usually inside. While Brown was initially disturbed by the suggestion of joining the rest of the team, she realized it was the proper strategy.

“I’ve found that people, whether employees or partners, clients or our experts, respect the CEO or founder when they get down in the dirt.”

Brown also realized that the concept of being “in charge” is stupid. She advises making yourself available for everyone in the organization. Don’t be walled off and unapproachable. Even interns have a stake in your company. Understanding that is essential for long-term success.

“The better you relate, the better you will communicate, but if you are separate you cannot actually relate.”

As PayPal cofounder Reid Hoffman details in Blitzscaling, the company had to change its “always free” model to “ACH always free.” Credit card fees were eating up their bank account. PayPal famously iterated numerous times before finding success. If they hadn’t, Hoffman admits the company wouldn’t have lasted.

Brown had a similar experience with Big Think. The website originally relied on sponsorship and advertising. A few years in, they pivoted to creating products for the corporate and educational space. Then they pivoted again.

As she writes, a company’s mission might not change, but the strategies for achieving it will.

“Repeating something that worked in the past will often lead to failure.”

In life and business, flexibility is key. Kodak famously lost out on the digital camera market. Jeff Bezos asked Duracell to white label batteries for Amazon. When the battery giant scoffed at the notion, Bezos found another company to do it—and it now owns 98 percent of the market.

Thankfully, Big Think is still here. That’s in large part thanks to Brown watching cultural and business trends and course correcting when necessary. She admits it’s never easy. By staying involved with your team, getting dirty with them, and nurturing the talent around you, you’re more likely to succeed.

Most importantly, you can do it on your own terms, not those predetermined by a male-dominated business world. 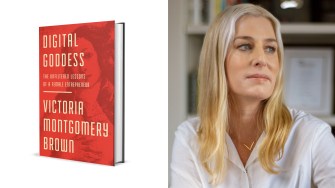 Get an exclusive online course with Big Think founder Victoria Montgomery Brown, only when you preorder the new book Digital Goddess: The Unfiltered Lessons of a Female Entrepreneur.

A socially minded franchise model makes money while improving society.
Up Next
The Present

Google’s Arts & Culture app just added a suite of prehistoric animals and NASA artifacts that are viewable for free with a smartphone.