C. Nicole Mason is the author of Born Bright: A Young Girl’s Journey from Nothing to Something in America and heads up CR2PI at the New York Women’s Foundation. Her[…]
Go to Profile 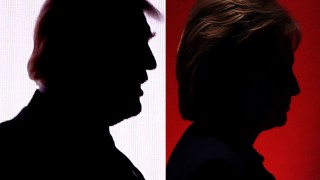 What’s the Elephant in the Room this Election?

Has the oldest problem in the book become taboo again? C. Nicole Mason expresses concern over a nation-wide moral failure that is leaving the U.S.'s most vulnerable to struggle in silence.
▸
4 min
—
with
C. Nicole Mason

In terms of entertainment, the first Presidential debate was robust. In terms of bread and butter issues that matter to lower income families, it was less so. This year and last, we’ve heard a lot about protecting the middle class from tax increases, saving young learners from outrageous student debt, and giving big corporations a tax break, but there has been little to no discussion, from either side, about families and individuals who are trying to climb their way up to the middle class. There hasn’t been a silence this awkward since the self-awareness vacuum that was Mary J Blige singing to Hillary Clinton

Politicians’ blind eye to poverty is hitting a raw nerve with Dr. C. Nicole Mason, author of Born Bright and someone who herself managed to climb out of poverty – a feat that only 4% of the U.S.’s poor manage to do; the sizable remainder lack the infrastructure and social mobility to better their situation.

Mason believes the U.S.’s most vulnerable suffer in silence because, in the public consciousness, poverty is seen as a black or Latino problem. What she’d like to do is get everyone talking about white poverty, for one simple reason – if people see the real faces of poverty, it will break down the current barrier between ‘us’ and ‘them’, and show the public the magnitude of the situation.

According to Mason, there hasn’t been enough effort to close the gap nor has there even been theoretical discussion of how the U.S. would do so. Despite being an epidemic, poverty is not a national priority. The hard reality is that people in the U.S. can work 40-hour weeks in low-income jobs and still need assistance for themselves and their families, in terms of food stamps, housing, and medical assistance.

Mason sees this as a moral failure. For people whose lives are not affected, the issue is largely moot. She urges individuals and institutions to realize that supporting programs that help society’s most vulnerable meet a basic standard of living does not detract from anyone else. If a poor person rises to the middle class, it doesn’t mean someone else will be demoted. Nothing is lost by improving the national standard of living. We need to demand this of our politicians, and of ourselves.

Dr. C. Nicole Mason’s book is Born Bright: A Young Girl’s Journey from Nothing to Something in America. C. Nicole Mason: The issue I see in the election right now is that we’re not having the conversations that matter to people and families across the country. We have moved so far away from the bread and butter issues that families want to talk about. So we haven’t heard a lot about poverty. We haven’t heard a lot in this election about bringing and making sure that we have a strong social safety net not only for low income families but for middle class families who are still fragile or straddling between being financially secure and close to the edge in terms of falling into poverty. And we’re just not having those conversations. We’re talking about things that matter but when we talk about building a society where all people have a fair shot we’re not talking about the issues that will make the difference for them.

We don’t talk a lot about white poverty and I think we should because I think if we talked a lot more about the way poverty impacts different groups I think we would not see it as an issue that’s out there and doesn’t impact me or it’s a black issue or a Latino issue. We would see it as an issue of lack and people not having the resources that they need to be able to live a quality and a productive life. What we know though is that black and Latino people are more likely to live in poverty and white people are also poor. But we’re not, again we’re not talking about those conversations. And we’re not even writing about those conversations so when we’re not talking about rural communities and rural whites. Those people are invisible in media and culture when we talk about poverty. And so until we can really wrap our minds around the magnitude of who’s living in poverty and what poverty – the face of poverty and what it really looks like we’re not really going to be able to make policies that will reach the people who are really impacted or affected by it.

One of the things I think is unique about American poverty is the gap between the wealthiest and the poorest in our society and that gap continues to widen. And there are no efforts to close the gap, to make sure that the people at the bottom of the economic ladder have the resources and they need to just have a basic standard of living. There are no efforts. So, for example, you can work 40 hours a week, get up every day, go to work and still need other resources and supports to be able to make ends meet. Whether that’s housing, whether that’s food stamps, whether that’s medical insurance. And that shouldn’t be the case here. I think that we really need to pay attention to what’s happening to the most vulnerable and the fragile middle class who are sometimes a paycheck away from living in poverty or being in poverty themselves.

What frightens me is that there’s not enough moral responsibility for others in our society. And so we can just turn our back. We can say hey, that’s not me. That doesn’t impact me or that’s happening to them and not to me and not seeing the connection between us all. If I support programs that makes sure that the most vulnerable in our society have what they need to have a basic standard of living that somehow takes away from me. If we can get away from that idea and that sort of thinking then I think we’ll be able to get to a place where we can say this is not an us/them problem. It’s a problem that we all need to be working together to solve.

Cyber Addiction: Step Away From the Smart Phone (But First Read This)