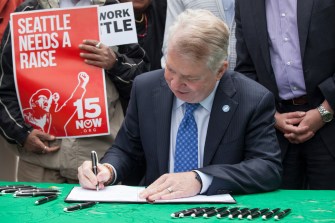 Last year, there was a lot of crowing by some in our political world after a study came out that suggested raising the minimum wage in Seattle to $15 an hour actually cost jobs. That is, on top of employers reducing hours in response to the city’s new minimum wage law, in 2016, there was also 5,000 fewer low-wage jobs in the Emerald City than there would have been without the ordinance.

However, those same researchers have studied the latest data and have concluded something quite different. As it turns out, the affects of the minimum wage increase are more nuanced than previously espoused. It’s affected different groups of workers differently. 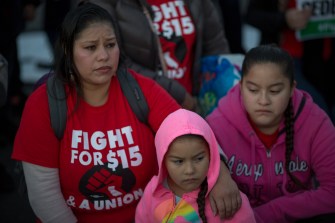 Workers Across The Country Demonstrate For Higher Minimum Wage

For instance, for those who worked the most in low-wage jobs and those who worked basically part-time in the same jobs, the increase made a difference in their lives. In return for the wage increase, however, employers expected more experienced staff who could learn quickly.

Meanwhile, for those who hadn’t yet entered the workforce before the wage increase but did after — for example, high school students entering the workforce for the first time — the benefit was less clear, and might have actually cost jobs in some cases. On the other hand, companies saw nearly a 10 percent reduction in costly turnovers. 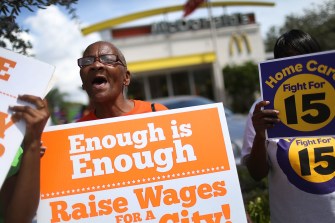 If lawmakers can’t do it nationally, perhaps it’ll have to be done city-by-city?

The authors of said study are quick to state that their latest findings are not yet peer-reviewed, and that their study results might be specific to Seattle’s high-demand economy, but the positive impacts the pay increase has had are tantalizing. Given that Seattle-based Amazon recently raised its minimum wage — in what was apparently a direct response to critics — it will now be worth looking at how the pay increase increase affects workers in different markets across the United States.

It could lead to a massive uptake in those previously hesitant.
Up Next
The Present

The 72-page report makes a case against modern policy proposals like “Medicare for All” and free college tuition.