Archaeologists rejoiced last year when a team discovered that an Israeli shrine contained remnants of cannabis and frankincense. Improved laboratory techniques allowed the researchers to test substances discovered on the altar, which dates back to 750-715 BCE. The team believes this is another indication that cannabis served a ritualistic purpose during biblical times.

Brian Muraresku, the author of “The Immortality Key,” hopes religious scholars will take such techniques seriously. For example, testing ancient vessels for hallucinogenic resins will allow us to form a more complete picture of early Christian rituals.

Every year, breakthroughs are made in the technologies we use to study the past. At this point, all we need is the will—and serious funding, of course.

Researchers from the Department of Forensic Medicine at Denmark’s Aarhus University have utilized another means for tracing the past: tooth tartar. In a new study, published in Forensic Science International, the archaeologists utilize ultra-high-performance liquid chromatography-tandem mass spectrometry (UHPLC-MS/MS) to peer into the lives of our ancestors through their dental calculus.

And you’ve been letting your dentist scrape away valuable information.

This research began when Leiden University doctoral student Bjørn Peare Bartholdy was investigating the self-medication techniques of 19th-century Dutch farmers. He wanted to understand how they managed pain and disease. Tartar, which can survive more than one million years on fossils, has previously been used to study ancient diets. If it could reveal carbohydrate intake, it should offer insights into opioid use.

So he turned to the team at Aarhus, including forensic dentist Dorthe Bindslev, who mixed tartar minerals such as hydroxyapatite and fluorapatite with a variety of controlled substances to detect the molecules in the fossils. For this study, they tested 10 cadavers and discovered 44 drugs and metabolites. 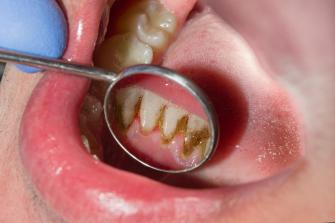 This is no easy method. Tartar levels vary from person to person. As they write, the variables include “the intake of fermentable carbohydrates, acidic foods and medicines; the salivary flow rate; the endogenous concentrations of inorganic ions in saliva; and salivary buffer systems, impact calculus formation.”

They also have to factor in accidental consumption or inhalation of drugs, which also leaves a record. That said, the team is pleased with the results. Archaeology has long measured cultural drug use; now they can gain insights into exactly who did the inhaling, which might provide information about the identity and role of the skeletons they unearth.

The team found cocaine, heroin, and heroin metabolites in the remains of these Dutch farmers, which could help Bartholdy piece together their pain management protocols. More pedestrian consumption was also found: “The common consumption of caffeine containing drinks and the widespread use of tobacco products were reflected by the investigated samples.”

There are a few barriers: this particular technology is expensive and hard to access—it’s not a common laboratory machine. And while tartar is hardy, not every substance is going to survive for millennia, or even years. Amphetamines, MDMA, and codeine have “low logP and plasma-protein binding,” while benzodiazepines and morphine exhibit “high plasma-protein binding.” The team was surprised to discover cocaine and heroin in the samples given their chemical and enzymatic instability.

That said, this research empowers archaeologists with yet another tool in their research kit. While scholars like Muraresku might not convince the Vatican to give up their vessels, we may soon have another way of discovering early Christian psychedelic usage. We should also learn more about pain management—and maybe even the pleasure of our ancestors.

The architecture and infrastructure found may well have required the greatest amount of skilled labor of any construction from the same time period in the entire continent.
Hard Science

On Earth, carbon can form millions of compounds, while silicon is largely stuck inside rocks. But elsewhere, silicon could form the basis of life.
The Past

Unlike other world rulers, Genghis Khan was laid to rest not inside an elaborate mausoleum but an unmarked grave somewhere in Mongolia. Maybe.
Starts With A Bang

Before gunpowder was introduced to the West, medieval Arabs devised grenades using crockery.
Up Next
Thinking

Learn how to practice “self-indifference.”