The Most Accurate Clock Ever Made, and What It Can Do

It's more accurate than an atomic clock, and would take thousands of years to lose a second. 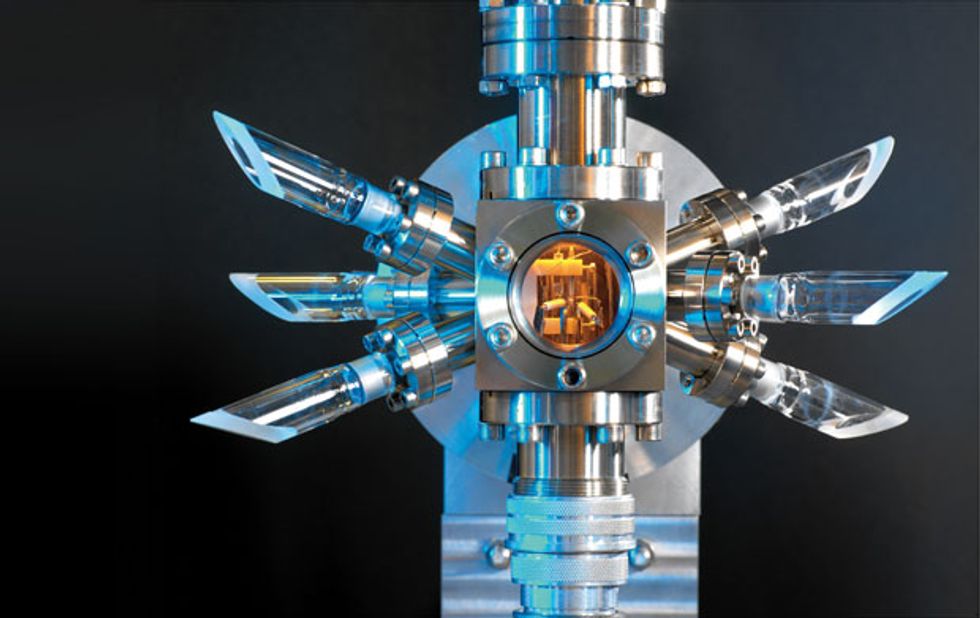 I once had a physics professor who commented on how much more precise timekeeping had become over his lifetime. He told us one day, out of the blue, “When I started this job you had to wind your watch, so you had to be at least five minutes early to the bus stop to be sure you were on time. Then they invented quartz watches and you could be a minute early. Now they have atomic clocks that are accurate to the fraction of a second when you wear them.”

It is curious to think about just how much a little extra precision in timekeeping can improve our everyday lives, and how we went, in a mere 50 years, from mechanical timekeeping to quantum timekeeping.

Well, now we have another improvement. A clock which is truly mind-boggling in its accuracy.

Modern atomic clocks typically measure time by observing the regular changing of energy levels in cesium atoms. This change is so well documented that the time this takes is literally the definition of a second. However, even clocks using this method have a flaw. The electron movement in a cesium atom has a speed limit that caps the maximum possible accuracy of the clocks.

This new and improved clock, built by the University of Colorado Boulder and JILA, uses strontium instead of cesium. This element changes energy levels faster than cesium can, meaning that measurements by a clock that uses it as a mechanism are more precise. To make it even more accurate the scientists placed the atoms in a 3D lattice, allowing more atoms to be packed together and for accuracy-destroying collisions between those atoms to be minimized. The whole structure is then frozen at -273 degrees Celsius, which further helps the atoms avoid one another. The clock is, therefore, a lattice of nearly frozen quantum gas, which is subtly changing with incredible speed.

The clock is so accurate that for every ten quintillion ticks only 3.5 would be inaccurate. For scale, the universe is not ten quintillion seconds old yet, making this clock reliable over more than the life of the entire cosmos.

However, despite the clock’s precision, Jun Ye, one of the researchers who built the machine, has stated that it hasn’t been running for long enough to determine if it will stay that precise.  Others, such as physicist Christian Lisdat, have wondered aloud how the unique structure of the clock will affect its accuracy over the long run.

Some might ask, why would we build such a clock? At first glance, it can seem like a waste of money, but the applications include the ability to measure the effects of relativity to an even more precise scale, a favorite activity of physics departments everywhere. The clock can also be used to search for gravitational waves, as any fluctuation in its perfect timekeeping could be attributed to the waves' effects on the clock rather than its failures.

Scientists love to act on their curiosities. The curiosity of the day, in this case, was: how accurate can we make a clock? The answer is nearly perfectly so. The possible applications of this clock will be far-reaching in physics and engineering. While such a clock might never be made wearable, the benefits from more precise measurement will be numerous; even if it can’t help assure that you won’t miss the bus.