Why Economic Growth Totally Is Imperative 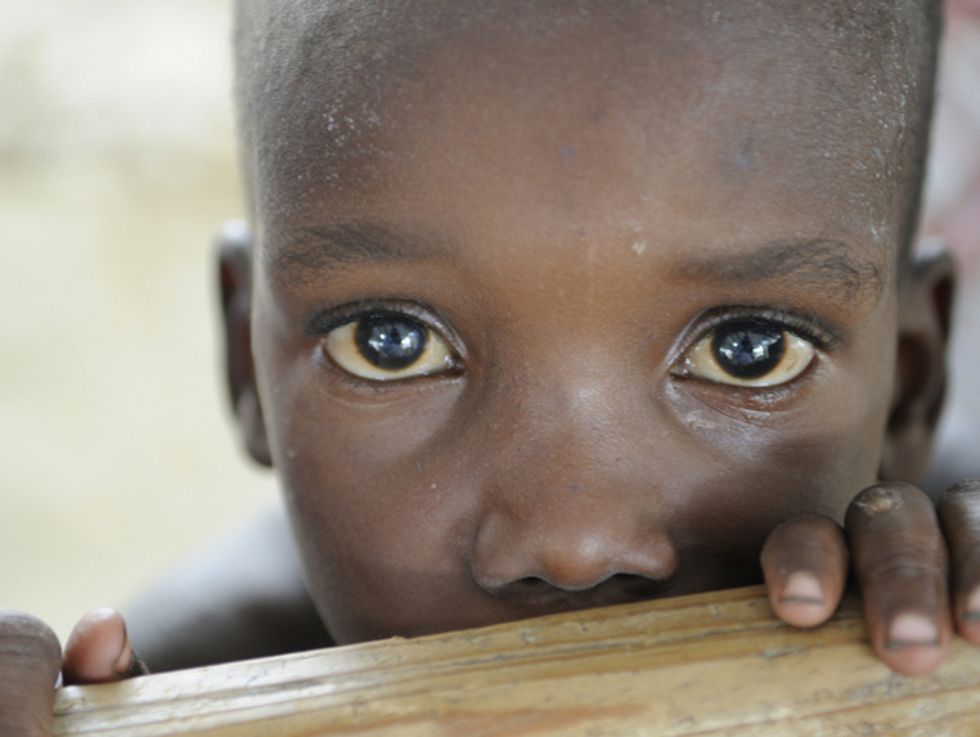 This column (flagged by one of our eagle-eyed editors) by Kenneth Rogoff on "rethinking the growth imperative" is incredibly puzzling. Rogoff, a Harvard economics professor and former IMF chief economist, runs through a few hackneyed and largely discredited factoids about the limited relevance of income levels to happiness and finally arrives at the following odd chain of reasoning.

There is a certain absurdity to the obsession with maximizing long-term average income growth in perpetuity, to the neglect of other risks and considerations. Consider a simple thought experiment. Imagine that per capita national income (or some broader measure of welfare) is set to rise by 1% per year over the next couple of centuries. This is roughly the trend per capita growth rate in the advanced world in recent years. With annual income growth of 1%, a generation born 70 years from now will enjoy roughly double today’s average income. Over two centuries, income will grow eight-fold.

Now suppose that we lived in a much faster-growing economy, with per capita income rising at 2% annually. In that case, per capita income would double after only 35 years, and an eight-fold increase would take only a century.

Even if one thinks narrowly about one’s own descendants, presumably one hopes that they will be thriving in, and making a positive contribution to, their future society. Assuming that they are significantly better off than one’s own generation, how important is their absolute level of income?

This doesn't make any sense.

Our key result is that the estimated subjective well-being-income gradient is not only significant but also remarkably robust across countries, within countries, and over time. These comparisons between rich and poor members of the same society, between rich and poor countries, and within countries through time as they become richer or poorer all yield similar estimates of the well-being-income gradient. Our findings both put to rest the earlier claim that economic development does not raise subjective well-being and undermine the possible role played by relative income comparisons.

Subsequently, Kahnemann and Deaton have found that while life satisfaction, a judgment about how one's life is going overall, does continue to rise with income, the quality of subjective experience improves until an annual income of about $75K and then plateaus. They conclude that "high income buys life satisfaction but not happiness [i.e., subjective experiential quality], and that low income is associated both with low life evaluation and low emotional well-being."

What's average world income? About $8K per year! The typical experience of a human being on Earth is "low life evaluation and low emotional well-being" due to too little money. How many times does global GDP need to double in order to put the average person at Kahnemann's $75K hedonic max-out point? Three and change. But life satisfaction ain't worth nothin', and it keeps rising. And, of course, rising income doesn't just correlate with rising happiness, but with better health, greater longevity, more and better education, increased freedom to choose the sort of life one wants, and so on. If it's imperative to improve the health, welfare, and possibilities of humanity, growth is imperative.

But let's back up. Rogoff writes:

Okay. I just asked. And I replied: "A lot. I care a lot. Less suffering is better than more suffering. The longer it takes for growth to double, treble, quadruple, etc., the longer people will suffer. Well, I care a great deal that people stop suffering and start living happier, healthier, longer, more open-ended lives sooner rather than later. What about you, Rogoff?" That's what I said when I asked myself.

Well, tell me how much a growth rate of n% increases or decreases the probability of conflict or global warming of such and such severity and how much that warming or conflict would ding welfare, and then I'll tell you if it makes more sense to worry about it. The rhetorical implication here is that high ongoing growth rates increase the likelihood of some sort of catastrophe, but this is just empty bluster--just Rogoff flapping his arms and hunching over like Quasimodo and growling and shouting "Oh no! Look out! The scary growth monster!" for no apparent reason at all.

What if a quick octupling of world welfare produces a lot more global warming faster, but simultaneously produces the capacity to adapt to exactly that amount of global warming? What if the welfare damage of global warming is greater the flatter the global growth path? Wouldn't it make more sense to worry about that? Maybe! Also, is there less conflict or more conflict as people get richer? We know the answer: less conflict.

Here's the really weird thing. Normally economists think it makes sense to discount the welfare of possible, but not yet actual, future people. If you apply a very high discount rate to future welfare, how folks fare just a few generations out won't matter at all. If you're the sort of person who doesn't really care how long it takes for welfare to increase eight-fold, you're probably discounting the welfare of future people at a pretty high rate. Indeed, if you're indifferent between an eight-fold increase in welfare over the next 100 years and the same increase over the next 1000 years, you're discounting the welfare of a lot of actual living people at a monstrously high rate. If you're going to do that, it makes no sense to worry about the "long-term sustainability and durability of global growth." That's why economists who favor urgent action against global warming insist on a very low discount rate on the welfare of future people. You need it in order to justify welfare losses now and in the near future from a lower growth rate.

Some people think it's arbitrary to take a person's location in time into account at all, and insist on a discount rate of zero on future welfare. I think this is nutty, but let's go with it. Under the right circumstances, a zero discount rate can lead to the strongest possible growth imperative.

Let's say positive experiential quality maxes out at $75K, and (for the sake of argument) that emotional tone is the only thing that really matters. Okay? But now just imagine that come the octupling of world GDP we'll enjoy a huge breakthrough in longevity that keeps the average person alive 500 years instead of 70. (Before that point, the rare minerals found only deep, deep below Saturn's crust, and utterly necessary for the therapy that makes this development possible, are prohibitively expensive to extract, say.) More years of a maximally happy life are better than fewer years of a maximally happy life, right? So in this case, a 1000-year octupling of GDP instead of a 100-year octupling would mean the loss of trillions of happy-life-years. Trillions! With a very high discount rate on future welfare, this probably wouldn't be worth worrying about. With a zero discount rate, this would amount to an unimaginably grievous moral enormity.