The Metaphysics of Taxation 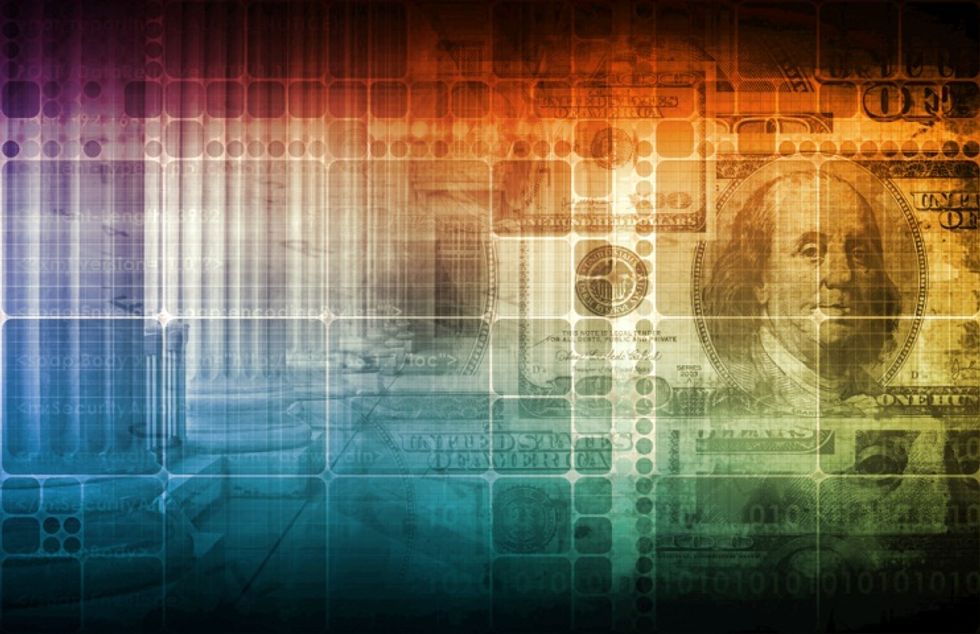 A couple weeks back, I wrote a post for the Economist trying to get my head around the circumstances in which tax deductions and credits, and tax cuts generally, do and don't count as government spending. Conflicting answers to these questions are, I think, at the center of the current impasse over fiscal reform, so it might be helpful to try to make our assumptions about income and taxation more explicit. But this isn't easy. I find the whole thicket of questions quite confusing. In my earlier post, I ran through a cartoon model of what I take to be the right's implicit worldview. (Libertarians pretty clearly count as part of the right on this issue, by the way.) In this post, I'd like to begin to offer a model of the left's implicit worldview. Just to be clear, I'm not saying that anyone actually believes all the following things. This is my attempt to reconstruct a coherent position that might help illuminate some of the things folks on the left do tend to say.

To start, it helps to think of the nation-state as something like a massive firm. The combined economic efforts of the nation's population generates a certain "national income," the national firm's gross revenues. Then, our political institutions divvy up the pie and determine who gets paid what. Because the analytical baseline is common ownership of all income, the baseline income-tax rate is 100%. Now, there is a widespread illusion that income flows from labor-market agreements, investments, and government transfers. This misperception is an unfortunate side-effect of a political decision not to first collect all national income in the central treasury before allocating it to individuals and households. To first pool the entire national product and only then to cut checks to households would be an unwieldy and terribly inefficient process which would senselessly reduce national income. So we wisely don't do that. Nevertheless, strictly speaking, all income is a government transfer. The income the government lets us "keep" is best thought of as a grant from the fisc which the state, in its wisdom, happened to choose not to touch before letting you have it.

Thinking about fiscal policy in this world would be simple matter if the quantity and quality of labour supplied by the population were the same under every scheme of tax rates. In that case, any tax rate less than 100% would count as a sort of spending. Unfortunately, the revenue-maximizing tax rate is not 100%—revenue is suppressed at growth super-high rates—so matters aren't that simple. Starting from the 100% baseline, tax cuts toward the revenue-maximizing rate are revenue raising moves. (You don't have to be a nutty supply-sider to think so. Everybody thinks so.) It's only when we start down the left half of the Laffer curve that it makes sense to see tax cuts as outlays. The cleanest way to deal with the endogenous determination of national income by the tax scheme is I think to treat the revenue-maximizing schedule of rates in the revenue-maximizing scheme whatever it might be, as a kind of ideal baseline. Starting from the baseline, changes in rates in either direction count as spending.

Of course, the scheme of taxation is only one among money determinants of growth and revenue. For instance, an extensive, high-volume trade network requires physical infrastructure. Often private parties are unwilling to finance, or are unable to coordinate with other private parties, to finance the construction and maintenance of the infrastructure. In that case, government financing makes sense; the return in revenue will more than compensate for the outlay. Indeed, in that case, the failure to spend can be seen as a form of spending relative to the ideal, revenue-maximizing baseline of an overall ideal scheme of policy. It's in this sense in which it makes good, literal sense to say that "We can't afford not to spend on infrastructure!" And on education, on basic scientific research, and so forth.

Now, we're still stuck with crazy endogeneity problems. Whether public spending or private investment will do better in a particular case may be a function of shared beliefs, trust, public-spiritedness, etc. If we treat mental models, belief systems, cultural values, ideologies, etc. as fixed points, we may be able to determine whether public or private investment is more "expensive." But if we don't, and acknowledge that belief systems and policy systems are reciprocally influencing, it may be impossible to identify in any clear way the ideal baseline, in which case there may be no identifiable fact of the matter about whether public spending on this or that costs money or makes money. We're going to have to guess a lot of the time, and hope.

Okay, that's as far as I got. I think I really started to feel the internal logic of it, but then I started complicating things for myself, probably because I find most real-life "We can't afford not to toss money at X" arguments naive. At the same time, I think it's probably true that every political-economic worldview when pushed really does sort of drift off into vague, indefensible intuitions about what is endogenous to what.

So who's going to see The Avengers this weekend?