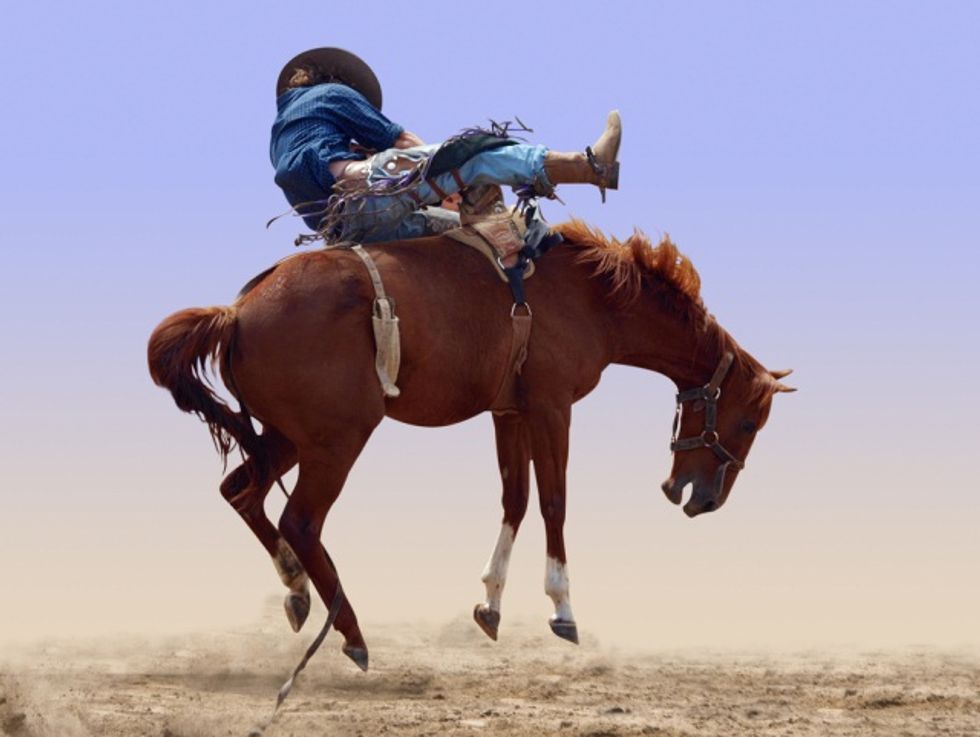 This lovely Hanif Kureishi piece on the often misguided drive to tame the wandering mind struck a chord with me. This is familiar:

My son, who can skip and sing, found it difficult, for a long time, to read and write at the level of others his age. At primary school he was castigated, even insulted and punished, for his inability. After experts were called in, he was investigated and berated some more, and finally labeled dyslexic and dyspraxic.

There is, at least, some relief in diagnosis. One is not alone but belongs to a community of others who seem to have a similar condition. But can the inability to do a particular thing be described as a “condition” at all? Would the fact that I can’t do the tango, read music or speak Russian be considered a “condition”? Is it a failure of my development? Am I ill?

I've been diagnosed with a fairly serious case of "adult ADHD," but I am convinced that this is mostly a hand-waving, pseudo-scientific way of saying that my constitution leaves me ill-suited to perform certain tasks under certain conditions. And it turns out that many of the opportunities available to people with my interests and education require performing those tasks under those conditions. This mismatch between these opportunities and my--what's the gee-whiz word?--my neurotype is the problem, not my neurotype per se. There is nothing really wrong with me. Kureishi is right to suggest that the inability to tango or read music or speak Russian isn't a condition, or a failure of development, or an illness. If you find yourself needing to tango or read music or speak Russian, then it's a problem. The problem goes away if one removes from one's life the need to do what one can't do, or can't do without too much pain. Drugs that make hard things easier can help. But reshaping one's life to work with rather than against the grain of one's constitution can help even more.

In America, however, it's tough to feel at ease with this thought. Self-accommodation often looks too much like failure. Our culture is relentless about self-improvement, makes of it a moral imperative. Can you not pay attention? Well, you'd better! Have some drugs. Do you not work well under deadline pressure? Try harder. Make yourself. Have some grit. Gut it out. Get it done. But why?

For me, now, things do get done; books are finished, and other projects are started that are also finished. They take the time they take, and the breaks are as important as the continuities. Only a fool would think that someone should be able to bear boredom and frustration for long hours at a time and that this would be an achievement.

You could say that attention needs to be paid to intuition; that one can learn to attend to the hidden self, and there might be something there worth listening to. If the Ritalin boy prefers obedience to creativity, he may be sacrificing his best interests in a way that might infuriate him later. A flighty mind might be going somewhere.

Reconciling oneself to the fact that projects "take the time they take" can be a necessary step in finishing projects at all. My mind is not simply prone to distraction, it is prone to rebellion. The wrong kind of pressure makes it resist its own commands, sends it spinning out of its own control. Bearing down, reining in, whipping harder doesn't get "me" back on track so much as set me against myself in a showdown I always lose winning. Better to just glide on the thermal of whim until the destination once again comes into sight and a smooth approach becomes finally possible.

Not to say that one can drift one's way to success. Aims must be fixed and kept in mind, even if one knows it's worse than useless to charge right at them. One must develop a sense of one's attention as one develops a sense of a powerful but skittish horse, calmly riding wide of known dangers. In other words:

In the end, a person requires a method. He must be able to distinguish between creative and destructive distractions by the sort of taste they leave, whether they feel depleting or fulfilling. And this can work only if he is, as much as possible, in good communication with himself — if he is, as it were, on his own side, caring for himself imaginatively, an artist of his own life.

Starting an exciting new "productivity system" or upping the dosage on the Adderall may not hurt, but it also may not help, because these are not, in the end, the methods persons like Kureishi and I require. We need to reconcile ourselves to our own temperaments, stop trying to fight or drug ourselves into submission, and instead, as Kureishi says, get on our own side and allow ourselves to care for ourselves in way the way we need in order to get things done. One virtue of this approach is that one will tend to feel more intimate with, less alienated from, what one finally manages to do.