Rights, Traffic, and Freedom at Work 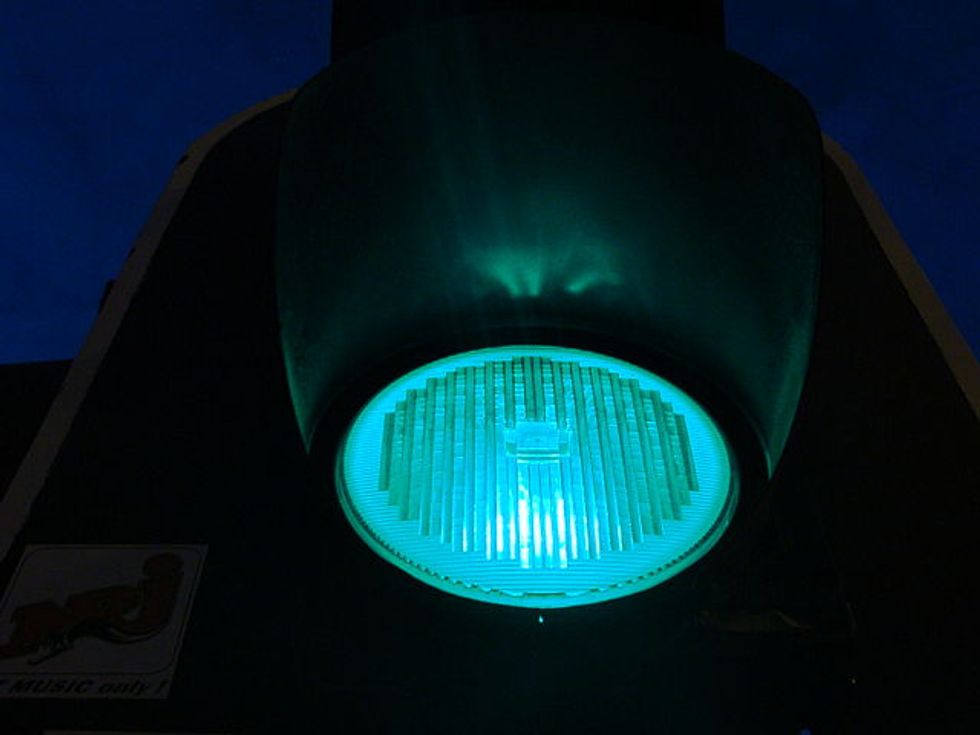 Intervening on the great  Crooked Timber vs. Bleeding Hearts Libertarians debate on freedom in the workplace, Matthew Yglesias says:

My standard approach to this is that in almost all political contexts, including this one, both the concept of freedom and the concept of property rights are red herrings. A political movement genuinely focused on freeing people from the coercive authority of the state would spend a ton of time tackling the everyday tyranny of traffic signals, lane striping, jaywalking laws, and the dozens of other similar regulations that impinge upon the day-to-day lives of hundreds of millions of law-abiding American citizens. By the same token, a movement obsessively focused on property rights would be outraged by the fact that every automobile driver and factory owner in America is causing fine particulate emissions to traspass on people's backyards all across this fine land.

Consider that the whole point of fences, and of rights, is to get in the way. Or to use a different metaphor: rights are like traffic lights. A mere liberty is a green light. A full-blooded right is a green light combined with a correlative red light. Some rules are better than others at unobtrusively enabling people to get on with their business. Traffic lights facilitate traffic movement not so much by turning green as by turning red. Without traffic lights, we all in effect have a green light, and at some point traffic increases to a point where the result is gridlock. By contrast, a system in which we take turns facing red and green lights is a system that keeps us out of each other’s way. Of course, the system itself gets in the way when it presents us with a red light, but almost all of us gain in terms of our overall ability to get where we want to go, because we develop mutual expectations that enable us to get where we want to go more peacefully and more expeditiously.

We can see from this that we do not want lots of rights, for the same reason we wouldn’t want to face red lights every fifty feet. We want the most compact set of lights that enables motorists to know what to expect from each other, and thereby get from point A to point B with minimal interference. By getting in our way to some degree, well-placed traffic lights, like well-placed property rights, liberate us, and help us stay out of each other’s way.

Property rights are, among other things, red lights that tell you when the right to use the intersection belongs to someone else. Red lights can be frustrating, especially as a community becomes more crowded, but the game they create is not zero-sum. When the system works, nearly all of us get where we are going more quickly, safely, and predictably than we otherwise would, in virtue of having been able to coordinate on a system that enables us to know what to expect from each other.

What about the pedestrians, one might ask? That is a crucial respect in which the traffic-light metaphor radically understates the benefit of a successful property regime. Literal traffic lights are working well when people manage to stay out of each other’s way, but commercial traffic management must pass a far more stringent test. Commercial traffic’s aim is not merely to be accident-free but to bring people together. Rising commercial traffic is a boon, not a drag. The ultimate secret of progress and prosperity is the cooperation of multitudes. Commercial traffic—the trucking and bartering of multitudes—is a community’s lifeblood, enabling children to grow up to become drivers.

Not every would-be motorist gets a car at the same time, but commercial traffic’s point is to produce and disperse the means of participating in the market. Ensuring that everyone gets a car on the same day, or at the same age, is not the point. If, instead, we were to insist on a distributive principle such as “no one gets cars or computers or kidney transplants until there is enough for everyone to be guaranteed one at the same time,” that would be the sort of red light that gridlocks a system, bringing progress to a crashing halt. That red light has no place in a community’s system of traffic management, no place in its system of property, and therefore no place among its principles of justice, because that sort of red light cannot coexist with people having reason to live in that community.

There are a few points I'd like to draw out.

Schmidtz agrees that "mere liberty," a world of green lights everywhere, just leads to gridlock. However, the necessity of limits on "mere freedom" created by a system of rights does not imply, as Yglesias seems to suggest, that "freedom" is a distraction from the real issue. The point of red lights is to ensure that we're all  relatively unimpeded in our travels, that we're free to get where we're going.  As Kant liked to put it, "hindering a hindrance to freedom" serves freedom. A well-enforced (by coercion or conscience or whatever) system of coordinating property conventions put us in the sort of  "civil condition" (as Kant called it)  in which the exercise of  liberty is least likely to be stymied or frustrated. In the positive sense, a "compact" system of property rights gives people more freedom than they have otherwise by enlarging the set of available choices. This certainly suggests to me that coercion isn't the only or most important limit on effective liberty. There's also disorder -- everybody getting in everybody's way by making incompatible claims over the same scarce resources. A well-ordered scheme of constraints on "mere liberty" guarantees liberty's worth. (I'm not saying this is Schmidtz's view, exactly. It's mine, today.)

Now, obviously, an "obsessive focus on property rights" conceived as a system of traffic management isn't going to lead to outrage over "the fact that every automobile driver and factory owner in America is causing fine particulate emissions to traspass on people's backyards all across this fine land." As Schmidtz emphasizes, "internalizing  externalities" is a good deal of what decent systems of property rights help us do:

Which kinds of property rights enable people to prosper together? In a nutshell, the kind that can evolve to internalize evolving externality problems while securing the opportunity and incentive to produce, invent, and otherwise help a society make progress. In most times and places, this will mean a mixed regime in which important bits of property areheld by the public but in which the primary means of production are in private hands. That kind of mixed regime has been tested repeatedly in practice. Evidently, and for well-known reasons, it just works better.

I think the better way of putting it is that we have political disagreements about market capitalism and that the construction of a functioning market capitalist economy requires considerable infringement of human liberty and property rights in order to facilitate the deployment of modern industrial and transportation technologies. Which is fine. And fortunately the construction of a functioning social democratic economy would also require those things and so we don't argue about the principle that people's freedom to move about the streets should be restricted by little lights or that a non-zero level of air pollution should be permitted.

But that just means that whatever it is we're arguing about when we argue about restricting the range of permissable labor market contracts, we're not arguing about "freedom" or about "property rights."

Again, this seems weird. Does Yglesias really accept that the craziest libertarian conceptions of freedom and property rights are the most plausible conceptions?

Of course an argument about the range of permissible labor market contracts is about freedom and property rights. When the social-democrat Timberites say that workers often suffer an unacceptable loss of freedom under fairly typical capitalist working conditions, they're not confused about the nature of their complaint. Likewise when the libertarian Bleeding Hearts counter that forbidding workers from entering into certain labor-market agreements unacceptably limits their freedom; they aren't confused either.

That said, Yglesias is right about full employment:

One concept that I was surprised to see both sides of the debate leave off the table is full employment. Nothing is quite so empowering in the workplace as the knowledge that if your boss treats you like a jerk, you'd be able to quit and go get a roughly similar job with a less jerky boss. Even a guaranteed social minimum isn't nearly as good as another job because there's disapprobrium attached to being unemployed. In a world of human beings, some bosses are always going to be two standard deviations jerkier than the average boss. Full employment punishes asshole bosses as a class rather than seeking to bureaucratically circumscribe them with a narrow list of specific prohibited abuses.

I'd suggest that this sort of "empowerment" is a matter of freedom, and that full employment has a great deal to do with a sound system of property rights and the sort of commercial traffic it promotes.