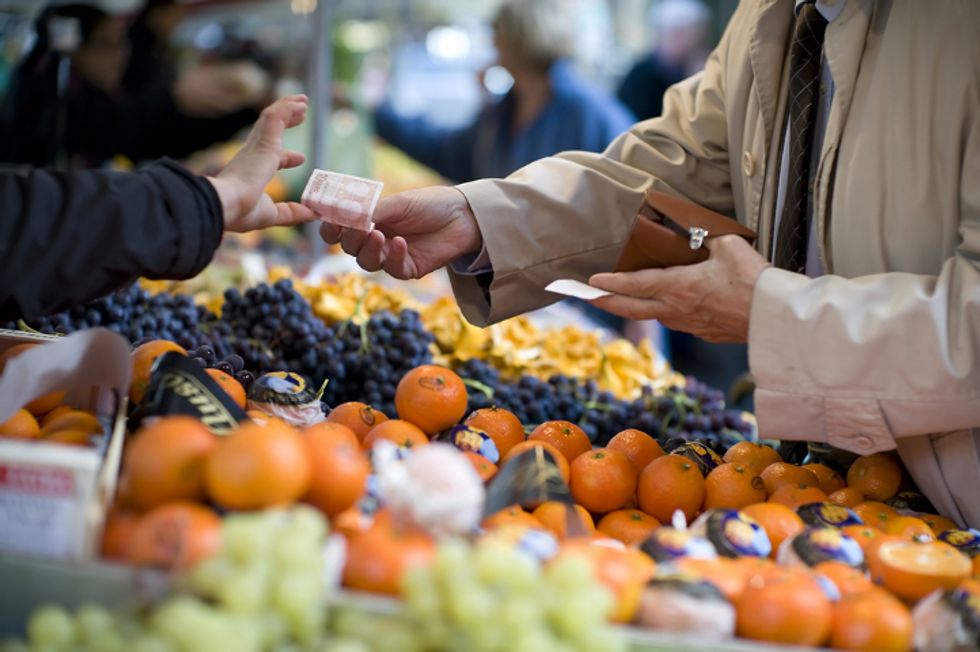 The Boston Review is hosting a forum centered the claim of Michael Sandel,  a Harvard political theorist, that "markets crowd out morals." Sandel's essay is well worth reading. He clearly gives voice to a number of common intuitions about markets that  too often remain inarticulate. Mostly, though, he complains about economists and the idea that the supply of altruistic motivation is limited:

It is easy to see how this economistic conception of virtue, if true, provides yet further grounds for extending markets into every sphere of life, including those traditionally governed by non-market values. If the supply of altruism, generosity, and civic virtue is fixed, like the supply of fossil fuels, then we should try to conserve it. The more we use, the less we have. On this assumption, relying more on markets and less on morals is a way of preserving a scarce resource.

But to those not steeped in economics, this way of thinking about the generous virtues is strange, even far-fetched. It ignores the possibility that our capacity for love and benevolence is not depleted with use but enlarged with practice. Think of a loving couple. If, over a lifetime, they asked little of one another, in hopes of hoarding their love, how well would they fare? Wouldn’t their love deepen rather than diminish the more they called upon it? Would they do better to treat one another in more calculating fashion, to conserve their love for the times they really needed it?

This economistic view of virtue fuels the faith in markets and propels their reach into places they don’t belong. But the metaphor is misleading. Altruism, generosity, solidarity, and civic spirit are not like commodities that are depleted with use. They are more like muscles that grow stronger with exercise. One of the defects of a market-driven society is that it lets these virtues languish. To renew our public life we need to exercise them more strenuously.

By focusing on the marketability of particular things, Sandel misses the larger effect of an economy regulated by markets on the evolution of social morality. Movements for religious and lifestyle tolerance, gender equality, and democracy have ﬂourished and triumphed in societies governed by market exchange, and nowhere else.

My colleagues and I found dramatic evidence of this positive relationship between markets and morality in our study of fairness in simple societies—hunter-gatherers, horticulturalists, nomadic herders, and small-scale sedentary farmers—in Africa, Latin America, and Asia. Twelve professional anthropologists and economists visited these societies and played standard ultimatum, public goods, and trust games with the locals. As in advanced industrial societies, members of all of these societies exhibited a considerable degree of moral motivation and a willingness to sacriﬁce monetary gain to achieve fairness and reciprocity, even in anonymous one-shot situations. More interesting for our purposes, we measured the degree of market exposure and cooperation in production for each society, and we found that the ones that regularly engage in market exchange with larger surrounding groups have more pronounced fairness motivations. The notion that the market economy makes people greedy, selﬁsh, and amoral is simply fallacious. [Emphasis added]

[T]here must be something wrong with Sandel’s conclusion that “one of the defects of a market-driven society is that it lets these virtues [altruism, generosity, solidarity, civic spirit] languish.” This is not a philosophical statement; it is an empirical, causal claim about how society works. And it is a familiar concern among market critics. More than two centuries ago, the royalist Edmund Burke warned of an “age . . . . of sophisters, economists, and calculators” and after him Karl Marx of a “time of general corruption, of universal venality” when everything “passed into commerce.” Had they been right, liberal, market-based society would have been doomed, for even market enthusiasts know that social institutions—including markets—cannot function if people are the amoral and self-interested calculators of blackboard economics.

But that is not what happened. Markets have held their longest sway in Europe west of the Elbe and north of the Tiber and the Pyrenees, areas distinguished by their vibrant civic culture when compared to those with more short-lived exposure to markets, including the former Communist Party–ruled nations. The United States, readers will be surprised to know, is not far behind northwestern Europe in both survey and experimental measures of generosity, civic engagement, and interpersonal trust.

Does this mean that Sandel is wrong to think that markets sometimes crowd out morals? I do not think so. But it appears that, in conjunction with other attributes of many liberal democratic societies such as the rule of law, a social safety net, and relatively robust equality of opportunity, markets do not, as Sandel fears, lead to a languishing of the civic virtues on which these societies depend. And market-style incentives may crowd in ethical and intrinsic motives. [Emphasis added]

These aren't small corrections. These are direct refutations of Sandel's thesis. This ought to be embarrassing.

Bowles and Gintis' empirically-minded replies point to an oft-neglected fact which is nevertheless a fact: effective market institutions and effective government institutions flourish in the same cultural climate. This is one reason the market/government opposition sows confusion. Cultures in which markets work well are ipso facto cultures in which government works well, and vice versa.

The ur-public good is a culture of low-cost cooperativeness. Call it trust. Call it civic virtue. Call it social capital. Call it civilization. Whatever you call it, neither markets or government work well without it. This cuts both ways ideologically. If trust or whatever is high, government can be effective. But then so can voluntary alternatives to government, for the same reasons. The question is always what works best in this case. When trust or whatever is low, markets and voluntary civil society won't work so well. But then government in this case is likely to be predatory, which is the worst possibility. When trust or whatever is high, there's a good chance folks can do it without government. But if the problem really is intractable without bringing in state coercion to solve the problem, then folks shouldn't worry that much because the quality of governance is in this case likely to be high and the level of predation and corruption likely to be low. Effective government and effective markets are two sides of the same coin.