The idea that social classes are intentional constructions built and reinforced for strategic purposes is appealing because no other idea of social class makes much sense to me. 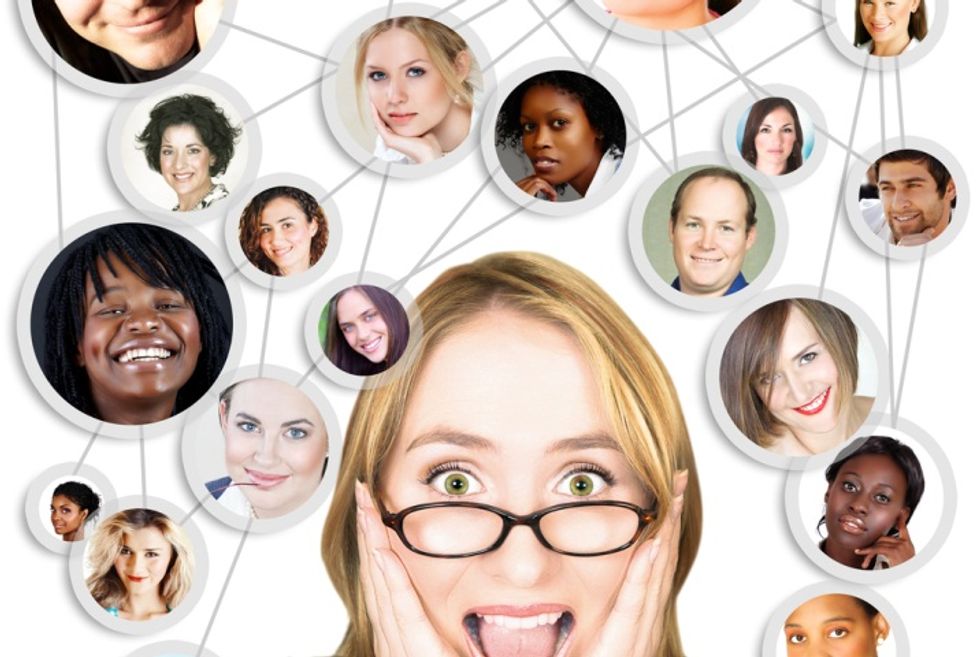 Rob Horning, one of my favorite writers to disagree with, has undertaken a stimulating neo-Marxist analysis of Facebook. In this March post he argues that the conception of social relations promoted by social networking sites blinds us to the reality of social class and conflict between classes:

This interpretation of how society is organized — the one that anything labeled as “social” by the tech world helps sustain — precludes an interpretation that acknowledges the possibility of class, of concrete groups with shared interests that they work to construct and then use as the basis for forcing concessions from capital. In the network, you are on your own; its ideology suggests we are all equally points on the great social graph, no different from anyone else save for the labor we put in to establishing connections. This obviates the issues of pre-existing social capital and class habitus that facilitate the formation of better connections and the ability to reap their value instead of being exploited by them.

But to forge a social class, a different sort of work is required, called forth by a different conception of society, based on antagonisms between blocs (and ongoing fights that require long-term strategies), not antagonisms between individuals (whose spontaneous skirmishes require more or less ad hoc tactics). Think E.P. Thompson’s The Making of the English Working Class, which treats class not as a statistical artifact but as something that’s as much forged deliberately by members than ascribed by outside forces. The social graph purports to passively record social arrangements that emerge organically and thus reflect some sort of true and undistorted account of how society works. That conception discourages the possibility of those plotted on the graph from making a social class. Social media users don’t take advantage of their connectedness to undertake the work of finding the bases by which they can see their concerns as being shared, being in some way equivalent. Instead, their connectedness drives them to preen for attention and personal brand enhancement. One must work against social media’s grain to use it to develop lasting, convincing political groupings.

The idea that social classes are intentional constructions built and reinforced for strategic purposes is appealing because no other idea of social class makes much sense to me. But I'm a little confused by the way this idea functions in Horning's passage. If class is a deliberate construction, then it seems that  "the bases by which [social media users] can see their concerns as being shared" aren't so much objective economic or sociological facts about people, in virtue of which they really share fundamental interests, but are instead traits nominated by intellectuals for self-identification so that individuals with objectively diverse concerns can come to see themselves primarily in terms of concerns and aims they share with others. In which case, there isn't a fact of the matter "out there" about "antagonisms between blocs". If the blocs have to be invented, then so do the inter-bloc antagonisms.

In this light, we can see writers like Horning as hustling social entrepreneurs trying to revive a political brand, and an identity associated with that brand, around which people can coalesce and then fight. But fight for what? For those aspects of their assumed identity which they have chosen to regard as essential: their class interests.

Anyway, social media and neoliberalism both are alleged to obscure the fact of class, whatever the ontology of that fact. Horning writes:

Neoliberalism has generally proceeded by disguise class antagonism, the existence of conflictual classes, and replacing them with individuals battling other individuals, whether over matters of taste or broader employment qualifications. Neoliberalism freed us, invited us, to think of everybody as being middle class by default; whatever  work went into building working-class solidarity, “establishing equivalence” among disparate people so they could participate in common struggles has been lost. Instead, we get to be unique idiosyncratic selves with special unique talents, and our main political problem is getting that specialness properly recognized. “Someone tell me how authentic I am, damn it!” And accordingly, we all need to negotiate our wages on an individual basis; no reason to be unionized. It’s all about social and cultural capital, about your human capital. We are all capitalists, at last.

(2) Who considers "getting [individuals'] specialness properly recognized" a political problem, much less "our main political problem"? (I thought it was unemployment, or maybe entitlement reform.)

(4) Are higher wages and better benefits the objective interests of an objectively-existing class?

I guess you can tell I'm one of them neoliberals because my inclination is to cast Horning as just another dude with just another brand with which he's trying to get you to identify by promising the authenticity that neoliberalism never manages to deliver so that he can use your self-conception as a member of the whatever class as a handle by which he, an aspiring voice of the whatever class, can influence you. That's cynical!

Anyway, I don't think I'll be able to accept that Facebook or neoliberalism or pet portraits or whatever function to disguise class antagonisms without a persuasive independent account of classes and their interests. What should I read?