Child Tax Credits Have Nothing to Do with Economic Freedom 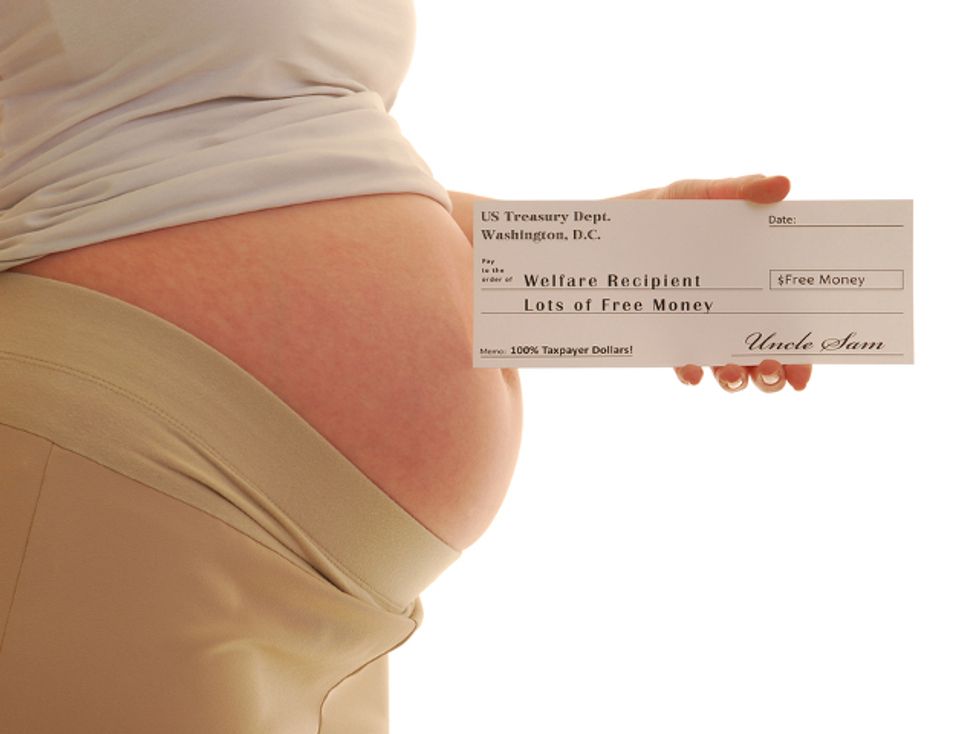 Yesterday I griped at length over at The Economist about Rick Santorum's so-called "economic freedom agenda." One point of Santorum's ten-point plan includes tripling the tax-code subsidy for kids. I can't for the life of me see what this has to do with economic freedom. Reihan Salam, for my money the most knowledgeable wonk in America, sort of comes to Santorum's defense:

Some non-trivial share of the expenses associated with child-rearing can be understood as investments in human capital akin to investments in business enterprises. Most advanced market democracies give preferential tax treatment to capital income on the understanding that doing so will encourage productivity-enhancing investment. This kind of tax policy is necessarily more fraught in the context of human capital, as there is a great deal of heterogeneity in how parents deploy resources and, thankfully, human capital is not terribly “liquid.” So I completely understand that why some might question the notion that a well-designed child tax credit might actually be a sensible growth-enhancing measure.

It may not be not be obvious that growth-enhancing measures have anything to do with economic freedom, but freedom has a number of meanings, and one of them is "ability to do stuff." Economic growth does increase the means, the doing-stuff power, of those who gain from growth. So I accept that in this sense growth-enhancing measures might have something to do with economic freedom. But given the "negative," non-interference conception of freedom which conservatives and libertarians usually claim to prefer, it's not clear how optimal corporate tax rates have anything to do with it. Persons, natural or legal, are either coerced or they aren't. Mugged people with fat wallets aren't coerced or wrongly interfered with more than mugged people with thin wallets. They just lose more money. That conservatives and libertarians always ultimately do treat tax increases as losses of freedom suggests to me that they're really proponents of positive liberty after all, but haven't thought the implications through. In that case, they're right to see growth as a matter of freedom. But then they'e also are quite wrong to think that a well-functioning welfare state isn't a matter of freedom. I digress.

Back to kids. I'm glad Reihan concedes that it's reasonable to be skeptical about child tax credits as a way to boost growth. But it's not just there's "a great deal of heterogeneity in how parents deploy resources." More fundamentally, there's a great deal of heterogeneity in the amount different sorts of people contribute to economic growth. If growth is really the justification for government paying people to breed, then people likely to produce kids who will grow up to consume more than they produce ought to pay tax penalties for their precious, pitter-pattering economic dead-weight. Generally, people more likely to produce growth-enhancing kids should be subsidized more heavily than people who aren't. Pro-growth tax policy ought to especially reward those who produce kids exceedingly high in conscientiousness and IQ, which is to say, tax policy ought to reward people who are themselves very conscientious and highly intelligent. Of course, this sort of Grade A human livestock is likely to do quite well economically without special tax breaks. So perhaps it would be better to reward them medals for fecundity, as the Soviet Union used to do. Anyway, hardy is the supply-sider who does not break a tooth biting the eugenic bullet. But the logic of the pro-growth argument for the child tax credit really does require biting it.

If the idea is to promote growth through human capital, the obvious freedom-enhancing solution is to offer work visas to any highly-skilled foreigner who would like to live in the States. Effects on growth aside, this policy increases economic freedom in a straightforward way: it lifts coercive barriers to U.S. labor markets for a large class of people, allowing economic exchange previously forbidden to take place. Notably, nothing along these lines appears in Rick Santorum's "economic freedom agenda."

Of course, it would do even more for both economic freedom and human welfare to lift barriers to free movement and free exchange altogether. That would be fairer, too. There's something more than a little perversely self-serving about selectively enhancing freedom of movement and association just for those already relatively well-to-do foreigners whose industry would benefit us most. But the wheel of progress turns slowly; we can't have it all and have it now. Anyway, human-capital subsidy enthusiasts should note that a policy of welcoming large numbers of high-skilled workers is pretty straightforwardly eugenic. A lot of these folks are going to have kids. That is to say, we could achieve more or less the same result of too-odious-to-contemplate child-quality tax credits by selectively reducing barriers to American labor markets--a policy that really would enhance economic freedom, whether or not it enhanced growth.

[L]et’s acknowledge that something like an expanded child tax credit and income-splitting (which aren’t quite what Santorum has in mind, but bear with me) does represent social engineering of a kind [as I claim my original post]. Social engineering through fiscal policy is unavoidable, as I suspect Will would agree. Short of a head tax, which has its own problematic implications, almost any imaginable income tax will shape the choices of individuals and communities along a number of dimensions: Do we concentrate on market or non-market production? Do we privilege those with a proclivity towards asset-building over those with a proclivity towards consumption?

I don't actually agree that social engineering through fiscal policy is unavoidable. Of course, every effective legal rule shapes choice. That's the point of rules. The philosophically liberal ideal is to have rules that more or less everyone can affirm from within their own moral perspective. The illiberal idea is to have rules that compel everyone to conform to a substantive idea of how people should live that some of us reasonably reject. To live within such an order defined by such rules is largely what it means to be free, politically and economically. Social engineering or "choice architecture" in the vacuous sense of having rules that shape choice is indeed inevitable. Social engineering in the sense of wheedling and bullying people into living their lives according to a conception of the good life they don't share is a predictable consequence of democratic politics in a less than ideally liberal culture, but it's not by no means logically inevitable. It's worth noting that this bad, illiberal sort of social engineering is pretty much the only thing Rick Santorum cares about.

Reihan and I are incredibly close to each other on the nature and value of economic freedom. Our disagreement I think is largely confined to the question of how to understand the implications of the platitude that the rules of the game shape our choices. I don't think you can get from there to a defense of child tax credits on grounds of anything resembling economic freedom. Maybe pro-natal policies are pro-growth. But do you think we'd be freer economically if we levied heavy excise taxes on birth control?

[UPDATE: Reihan tells me over Twitter that "I thought it was so obvious that the Santorum agenda wasn't pro-freedom that I didn't even mention it!" Whoops! So this post is based on a bit of a confusion. Still, I think the discussion's useful, so I'll just leave it as is.]