For non-mathematicians, both the nature of this problem and why it would be worth $1 million is a little hard to wrap one’s head around. However, another millennium problem is a little easier to understand, and solving it would have drastic consequences for how our world functions. Although seemingly more straightforward, definitively proving this problem one way or another has eluded researchers for decades. The question is whether or not P = NP. 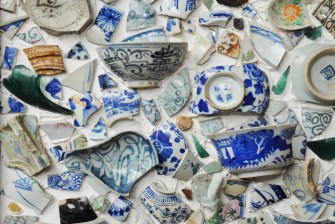 Put simply, the P versus NP question asks whether the set of problems that can be easily solved are also in the set of problems that can be easily checked. Imagine you’re tasked with gluing a shattered teacup back together. It’s easy to see if you’ve succeeded—you’ll have a complete teacup in front of you. But it’s very hard to take all the disparate pieces and fit them back together. This is an example of an NP problem; hard to solve, easy to check.

Now imagine instead you were tasked with counting how many pieces the teacup had broken into rather than having to reassemble it. This would be a P problem. It’s comparatively easier to count the broken pieces than it is to figure how they connect to each other.

Because some algorithms are more or less efficient than others, the time they take to complete could be related to N, N2, N3, and so on. The important thing, though, is that the exponent is a constant—it’s 1, or 2, etc. When this is the case, an algorithm is said to complete in polynomial time, or P. 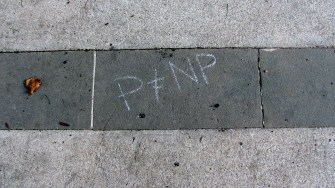 Transportation of all forms will be scheduled optimally to move people and goods around quicker and cheaper. Manufacturers can improve their production to increase speed and create less waste. And I’m just scratching the surface. Learning becomes easy by using the principle of Occam’s razor—we simply find the smallest program consistent with the data. Near perfect vision recognition, language comprehension and translation and all other learning tasks become trivial. We will also have much better predictions of weather and earthquakes and other natural phenomenon.

This issue of whether P = NP is so fundamental that it’s difficult to select only a handful of representative tasks that could be improved by light years. It would become comparatively easy, for example, to predict protein structures from their amino acid sequences, an important milestone for designing drugs and biotechnology. Another commonly cited NP problem is how to determine the most efficient layout of transistors on a computer chip, significantly boosting computing power.

In fact, proving P = NP would make it much, much easier to solve nearly all other mathematical problems. Fortnow also wrote that “A person who proves P = NP would walk home from the Clay Institute not with $1 million check but with seven (actually six since the Poincaré Conjecture appears solved).”

Unfortunately, most computer scientists do not believe that P = NP—as of 2012, 83% of computer scientists did not believe this proposition to be true. It’s very difficult to prove a negative, but all the failed attempts to prove that P = NP lend credence to the idea that the two types of problems are ultimately irreconcilable. MIT scientist Scott Aronson wrote a blog post listing ten reasons why P most likely does not equal NP, and number nine lays out an argument that both significantly dispels the idea that P = NP and succinctly describes the consequences were it true:

If P=NP, then the world would be a profoundly different place than we usually assume it to be. There would be no special value in ‘creative leaps,’ no fundamental gap between solving a problem and recognizing the solution once it’s found. Everyone who could appreciate a symphony would be Mozart; everyone who could follow a step-by-step argument would be Gauss; everyone who could recognize a good investment strategy would be Warren Buffett.

“I thought, why not direct these high-power beams, instead of into fusion plasma, down into rock and vaporize the hole?”
Thinking

Since at least 600 BC, people have been mesmerized by the concept of the infinite.
Up Next
Health

We often think only of grown ups taking pills, this study reminds us children can take them too.