The United States was a brand-new country in the 18th century. A country that had just fought for independence and won it. Across the ocean in Europe, that same century was the Age of Enlightenment, the Age of Reason. Liberty, progress, tolerance, fraternity, and constitution reigned with a thick French accent.

Benjamin Franklin arrived in Paris as America’s first ambassador in December 1776. In Europe, everything from art and religion to science and mathematics was questioned. The architecture was no exception. When Franklin arrived, Paris was not the “city of light” of later years but a city of poverty, with narrow, crooked streets, and open sewers running down the middle. At the palace of Versailles, King Louis XVI and his queen, Marie Antoinette, presided over a world of luxury. When Franklin went home in 1785, America’s new ambassador to France arrived. His name was Thomas Jefferson, and he would later be the one translating Enlightenment ideas into new American architecture.

Jefferson knew very well that in language, religion, and in temperament, American colonists were not much different to the English. However, the founding fathers envisioned a country with a unique path, a new culture that would be entirely its own. Jefferson aimed to make people think of themselves as Americans, not as colonial Englishmen. He advocated for a new measuring system, a new currency, a new State and a different shape of things to come. Significantly, he made the new American architecture his artistic declaration of independence.

Rococo buildings dominated Europe at his time, but since childhood, Jefferson was inspired by symmetry, clean lines, and the mathematical precision of Greek and Roman buildings. Jefferson was under the influence of Andrea Palladio, Julien David Le Roy, Roland Fréart, and Antoine Desgodetz. Because of Jefferson’s aesthetic taste, classical structures of antiquity became a basis for new kind of American architecture that we now call “Jeffersonian architecture”. It is embodied in the design of Jefferson’s homes, Monticello and Poplar Forest; the University of Virginia, which he founded; and designs he created for the homes of his friends and political allies.

Over a dozen private homes bearing his personal stamp still stand today. Even after Jefferson’s style went out of vogue it continued to have an influence on building designs on the East Coast until the mid-20th century.

1991. The Jefferson Memorial and members of the the 1ST Helicopter Squadron. 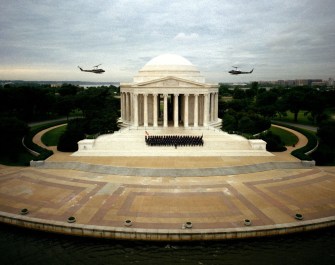 1979. Aerial view from above the U.S. Capitol, looking west along the National Mall, Washington, D.C. 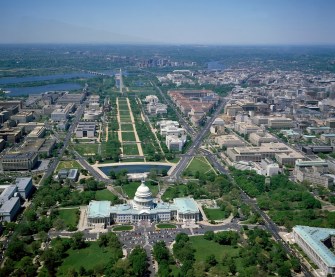 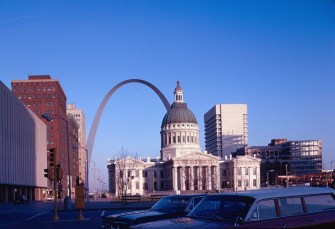 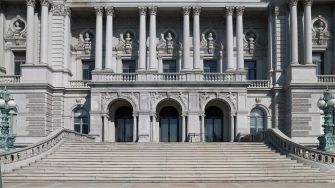 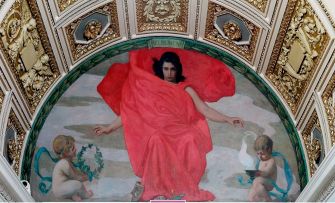 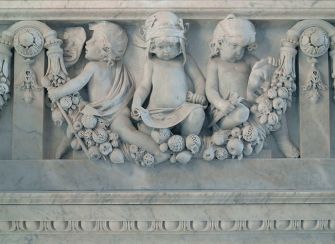 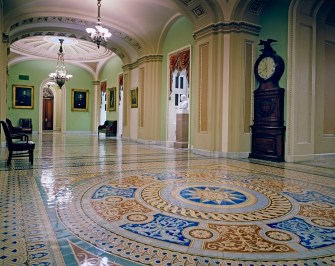 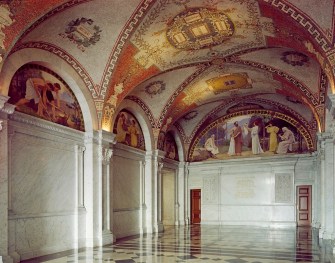 Buildings don’t have to be permanent — modular construction can make them modifiable and relocatable.
Strange Maps

In this Dutch town, the euro’s fictional bridges are now real

The European currency features buildings that didn’t exist, until Spijkenisse made them in concrete
High Culture

Is it possible to build a mile-high skyscraper?

A mile-high tower would not just be a new structure, but a new technology.
The Present

Pandemic-inspired housing innovation will collide with techno-acceleration.
Up Next
Surprising Science

How Illustrators of the 1800s Imagined the Distant Future — Our Present

Artists, illustrators, and adventurers of the 1800s has fantastical imaginations for the distant future, i.e. our present day. How do their magical predictions stack up against our reality?