The Case for Certainty 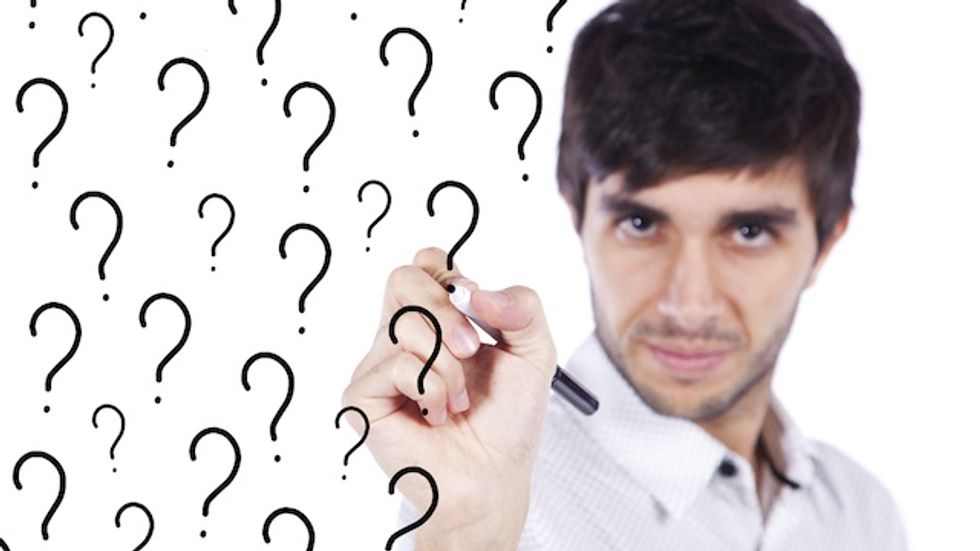 People with deep spiritual conviction—from religious fundamentalists to high Himalayan mystics—possess the greatest existential gift of all: certainty. But these days, it’s not a gift that we find it easy to appreciate. And for good reason. For the last 60 years or so, ever since the unthinkable devastation of the two great conflagrations of the twentieth century (World War I and World War II) certainty has been seen by sophisticated intellectuals as being inherently dangerous and a sign of blatant ignorance.

Communists were certain, as were Hitler’s fascists. Certainty, sooner or later, inevitably leads to death and destruction—or so the most thoughtful and reasonable among us understandably tend to conclude. And when these thoughtful souls are sympathetic to spiritual realities, they generally will go only as far as agnosticism. An agnostic is one who is open to the idea of higher and deeper truths, but who resists and mistrusts anyone who is absolutely certain about just about anything. As a matter of fact, “not knowing” is considered by many philosophically sophisticated men and women to be the highest and most spiritually evolved position one could take in relationship to life’s deepest existential questions.

I went to India as a spiritual seeker when I was twenty-seven years old and I came back when I was thirty brimming with certainty and spiritual conviction. But as I began my newfound vocation as a spiritual teacher, I soon found that my powerful certainty about metaphysical truths often couldn’t help me to come to terms with the confusing multidimensional complexity of postmodern life in a rapidly changing world. Because of this, I started a magazine called What Is Enlightenment? to help me bridge the gaping chasm between my existential conviction and my intellectual clarity. After many years of dialogue with some of the brightest and most illumined minds I could find, countless hours of thought, and endless discussion with my peers, I began to understand that certainty without intellectual clarity is sloppy at best and dangerous at worst.

Because of this, spiritual seekers often accused me of being “lost in my head.” But agnostics were pleasantly surprised at the complexity of my thinking.  I also observed that many spiritual seekers seemed to be afraid of acknowledging the incredible complexity of life because it threatens the reductionistic simplicity that they’re often so identified with. At the same time, I saw, underneath all the open-mindedness of the agnostics, how terrified they seem to be of the unimaginable and unqualified freedom experienced in spiritual illumination.

After being a teacher of Enlightenment for more than twenty-six years, I’m convinced that it is only the profound discovery of certainty that has the spiritual power to liberate human consciousness at the deepest level—the level of the soul. Indeed, it’s only in those moments when we are absolutely sure that we can finally let go—let go of the relentless distortion of duality, the endless pain of division, and the haunting presence of doubt. That’s why men and women of spiritual conviction, from high Himalayan mystics to religious fundamentalists, experience an ease of being that most of us don’t have access to (for better and for worse!).

At the same time, agnostics and intellectuals tend to possess a well-developed capacity to recognize and embrace complexity, subtlety, and nuance. And as we continue to evolve at the level of consciousness and culture, we desperately need this cognitive ability in order to more skillfully negotiate the ever-challenging and always-changing world that we live in.  While there are indeed many exceptions, too often those of religious persuasion and spiritual conviction lack the intellectual and philosophical flexibility to hold more than one perspective at the same time—whether it’s the fundamentalist worldview of Osama bin Laden or the compelling naiveté of John Lennon’s statement, “All we need is love.”

My hope is for a new spirituality that is based equally on the attainment of existential certainty and the ability to embrace complexity, subtlety, and nuance. For this profound higher synthesis in human consciousness and culture to arise within and between us, we need to do the hard spiritual and philosophical work that will actually make it possible. Most importantly, we need to transcend the predictable limitations that are almost always the consequence of human certainty, without losing the certainty itself. It is the spiritual conviction that comes from certainty alone that will give us the courage and heroic spirit to take big and creative risks with our imagination as well as with our actions.

Join Andrew Cohen for a free series of monthly broadcasts. The next one is on July 22nd and will be focused on the topic of meditation. Register here.