Living on the Edge of Everything 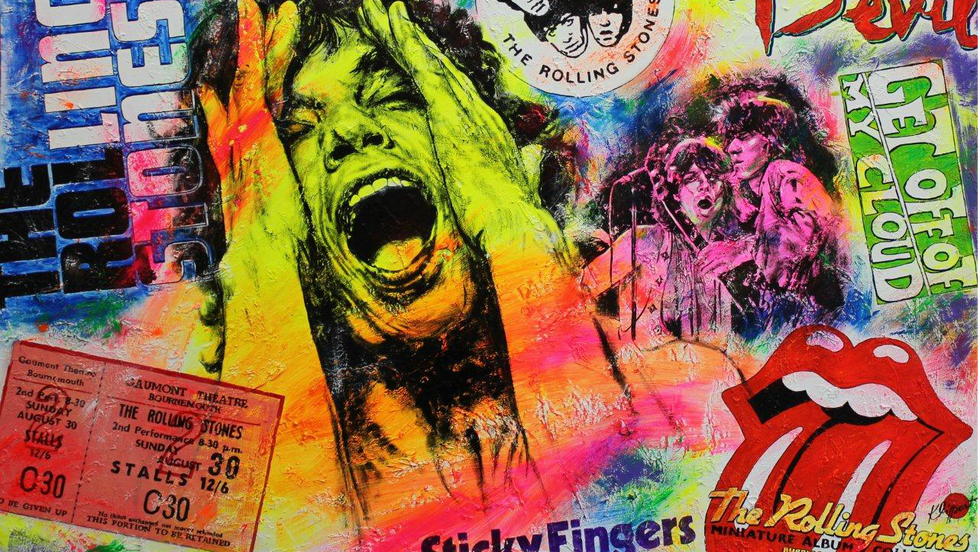 Do you live on your own edge? Living on the edge is exactly what inspired, highly motivated people aspire to always do.

Last December, I went to the grand finale concert of the Rolling Stones’ highly acclaimed 50th anniversary tour at the Prudential Center in Newark, New Jersey. It was an amazing show. As one Rolling Stone magazine reviewer described it: “With stripped-down arena production, career-spanning set lists and a renewed focus on their natural kinetic-blues drive, the Stones reasserted their right . . . to the title of world’s greatest rock and roll band.”

And how true it was.

I was on the edge of my seat the whole night in a state of wonder, awe, and disbelief. These guys were all pushing seventy, and they were better than—or at least as great as—they always have been. I had the very same experience when I first saw the Stones in 1969 at Madison Square Garden, at the age of fourteen. Back then, they were also introduced as “the world’s greatest rock and roll band,” and soon after they started playing, it became apparent that this was absolutely true. Almost instantaneously something BIG started happening. Together they were emanating a power and a force that was stupefying, enthralling, and completely engaging. I was in the presence of greatness.

On that evening last December, that same epic quality was what so captured my attention. Mick, Keith, Ronnie, and Charlie were—even now—still on their edge. They weren’t just riding the momentum of their well-established success, they were still fully engaged with their creative potential.  I mean, how many of us can say such a thing about ourselves or each other now, let alone when we’re pushing 70? I also found it ironic that their rock and roll bad-boy image was contradicted in a profound way by the incredibly life-positive message their performance so beautifully expressed.

The whole set list was put together with such care, precision, and detail. Also, they all looked incredibly elegant. It was obvious how much they cared about being as good as they could possibly be. Apparently, they rehearsed eight weeks for those five anniversary performances. By the time they sang the second to last song, their classic “You Can’t Always Get What You Want” (fully supported by a chorus of opera singers dressed in fine black gowns), the entire audience was swooning, overwhelmed with the intoxicating joy of sharing so much magic with thousands of others.

And when they played their last number, the 1964 mega-hit “Satisfaction,” there was no demand from the audience for yet one more offering from “the world’s greatest rock and roll band.” That was because they had given absolutely everything. Our cup had run over. More could not be given. Everybody left smiling, fully satiated, satisfied, and met at a soul level.

That experience got me thinking about what it really means to live on our edge. I’m a teacher of a spiritual path called evolutionary enlightenment, the goal of which is perpetual higher development. A big part of what I do is try to inspire people to find their own edge and to live on that edge—spiritually—all the time. It’s so easy not to.

Think about it. Those who seem to be most alive, most in touch with life and their own creative powers, are individuals who are demonstrating what it means to live on the edge of their own potential. They may be musicians like the Stones, or they may be artists, writers, politicians, engineers, scientists, philosophers, or mystics.

In the way that I see it, the full glory of what it means to be alive only begins to reveal itself when we are actually on that edge. That’s when we are truly alive—consciously alive, creatively alive. That’s why I encourage everyone to push towards that edge in themselves—so that spirit’s true face, the creative force in the universe, which I call the evolutionary impulse, will reveal itself right now through you and through me.

The question is, are we close enough to our own edge so that can actually occur?

Intellectually, are we always reaching for a deeper and more nuanced understanding of the complexity of life in its many dimensions? Physically, are we striving to be as strong and as healthy as we can be? In our relationships, are we ever-more committed, generous, and authentic? Is our work related directly or indirectly to a demanding cause that is greater than our own survival or comfort? Spiritually, are we always aspiring for greater humility, transparency, and oneness with all of life?

I think it’s fair to say that if we are living on our edge, even in relationship to just one of the dimensions of life described above, we’re doing pretty well compared to a lot of people. If we are on our edge in relationship to all of the above, we are doing very well indeed and have a lot to feel good about.

But is that enough?

On my way home from the Stones concert that night I had an interesting insight: Living on our edge is really, really important, especially if we don’t want to live a life only half-lived—a life lost in mediocrity, ambiguity, and existential confusion. But maybe there’s even a higher level to strive for if spiritually we want to take it all the way. Maybe it’s only when our own personal edge becomes one with the very edge for the entire human species at the present time that we are really at the edge!

The architects of human history have been those creative geniuses that have catalyzed profound and significant breakthroughs in the evolution of consciousness and culture in their own fields of expertise—breakthroughs that we are all still feeling the effects of today. Great individuals like the Buddha, Socrates, Joan of Arc, Shakespeare, Descartes, Mozart, Edison, Einstein, Martin Luther King, Jr., Mother Teresa, Mikhail Gorbachev and yes, even The Rolling Stones are all examples of such extraordinary contributions.

So are we living on our own edge? I guess it depends on how far we want to go.