As president, Donald Trump is uniquely positioned to bring America back to the Moon. 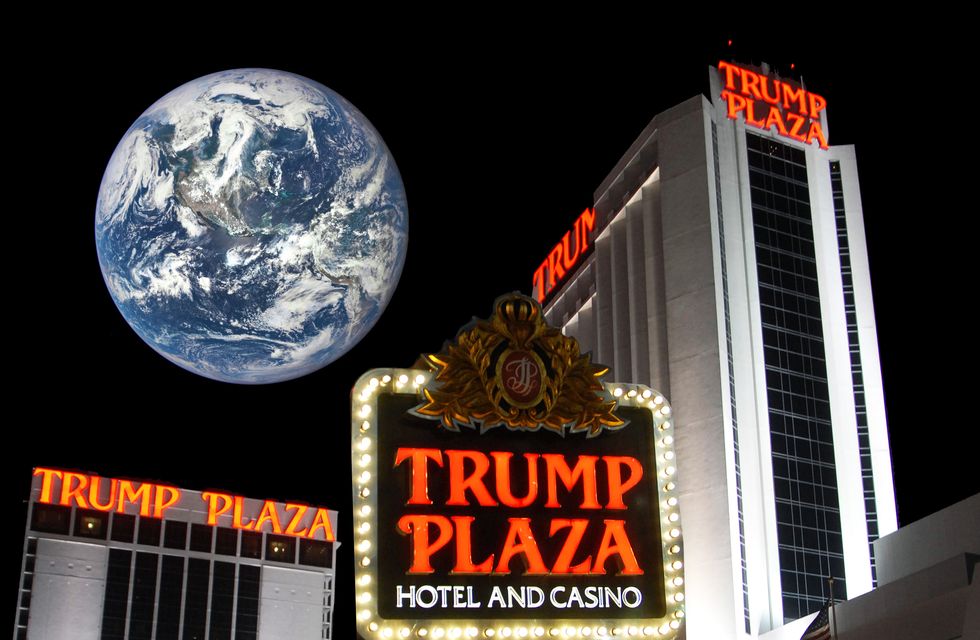 This piece is part of a larger series examining what big ideas a Trump administration could use to achieve its most ambitious goals. Read more entries in our "The Art of the Bill" series here.

One of Trump’s most quoted passages from his bestseller “The Art of the Deal” is undoubtedly "I like thinking big. I always have. To me it's very simple: if you're going to be thinking anyway, you might as well think big."

That kind of approach can be a great fit when applied to space exploration. We need to think big to put together a space program that is worthy of America, a country that has the imagination, the know-how, and the resources to make real advancements.

So far the information about Trump’s space plans has trickled in from some advisors, but hasn’t yet been fully defined. It’s a perfect opportunity to set out bold plans. NASA under President Obama has focused largely on the manned mission to Mars. But it is time to reevaluate that goal and set the course for a place much closer to home first; let’s finally build a base on the Moon! And not just a base for scientists and such – let’s build a Moon hotel.

Why is the Moon base a good idea?

1. The Moon is not so far away

The Moon is a great stepping stone for the ultimate mission to Mars and beyond. It will give us an opportunity to test our expertise and equipment. Consider how far away Mars is. It will be easier to get people to live and work on the Moon because they could go back to Earth much quicker. It’s also easier to get supplies over to the Moon. A viable space tourism industry will sprout once the hotel and perhaps even a casino are up and running. Certainly, flying to the Moon is already an amazing experience, but a lunar selfie and a crater-side margarita are going to be hard to beat.

2. President Trump is a builder

A major real estate developer for decades, Trump can build and manage large infrastructure projects, including 10 hotels currently in operation under the Trump Organization, and 2 more about to open. He has had some high-profile hotel failures in Atlantic City, but it’s hard to argue with the overall aura of success that permeates Trump’s work in this field. After his surprise victory in the Presidential election, construction stocks went up on the expectation of Trump’s Earth-bound spending to improve infrastructure. Putting a hotel on the Moon could be a crowning achievement for a builder of his stature.

Donald Trump and his children Eric, Ivanka, and Donald Jr., attend a press conference at the Trump International Hotel and Tower in Chicago on September 24, 2008. (Photo credit: Amanda Rivkin/AFP/Getty Images)

3. There is political will to make it happen

What also bodes well for a Moon base is that it is likely to have political backing. Much of what will actually transpire depends on Trump’s appointees and budget considerations, but some Republicans, led by Newt Gingrich in this matter, have already shown support for a lunar base. They would also like to see NASA ditch its climate change research, which they deem political.

If you are wondering, Newt Gingrich has come out previously for a Moon colony that would be largely built by private industry efforts. When the colony would reach 13,000 Americans, it could actually petition to become a state.

“I come at space from a standpoint of a romantic belief that it really is part of our destiny. And it has been tragic to see what has happened to our space program over the last 30 years,” said Gingrich in a 2012 speech.

Of note is also the fact that NASA had a fairly recent Moon program as part of “Constellation” - President Bush’s space vision. NASA is already working on the SLS rocket and Orion spacecraft technology for its Mars-oriented mission. This tech should get us to the Moon first. NASA would need to build a new lunar lander and back to the Sea of Tranquility we go.

Inflatable module for lunar base (concept art). A 16-meter diameter inflatable habitat such as the one depicted here could accommodate the needs of a dozen astronauts living and working on the surface of the Moon. Depicted are astronauts exercising, a base operations center, a pressurized lunar rover, a small clean room, a fully equipped life sciences lab, a lunar lander, selenological work, hydroponic gardens, a wardroom, private crew quarters, dust-removing devices for lunar surface work and an airlock. CREDIT: NASA, Kitmacher, Ciccora artists, 1989.

4. It won’t cost so much to get there

A 2015 NASA-commissioned study found that it could cost us 90% less to go to the Moon than the $100 billion it previously estimated. $10 billion is all it would take.

“A factor of ten reduction in cost changes everything,” said Mark Hopkins, executive committee chair of the National Space Society, which co-authored the study.

By comparison, the cost of getting boots on the Martian ground ranges in estimates between $200 billion and $400 billion.

The ideas behind the cost reduction of going to the Moon include taking advantage of private partnerships, with Boeing and SpaceX competing for contracts. The plan would also lower the price of the venture by developing reusable spacecraft and landers.

Another idea: mine fuel from the lunar surface, something that would also help the cost of getting to Mars once the fuel processing operation is well-established on the Moon.

The lunar colony could also not cost as much because the U.S. is likely to find international cooperation for this goal, something harder to do with respect to Mars.

“Politically, most of the other countries of the world have identified the Moon as an interesting destination, and they don’t really have the capabilities to talk about sending people to Mars. If we want to assert international leadership, we would take a position in leading a coalition to return to the Moon,” John Logsdon, a renowned space policy expert, told The Washington Post.

As Russia, China, Japan and the EU work on their own lunar plans, our country must not lag behind but regain the leadership role it clearly held in Moon exploration in the 1960s and ‘70s.

5. The Moon base will create jobs

A president interested in job creating will find the Moon project a boon for all manner of employment, from tech jobs to Moon hotel and casino jobs, to defense industry jobs, as space weapons are set to become the next frontier in defense technology. The excitement and notoriety of the project will also attract top minds, making America a highly desirable work destination again.

If you need more reasons, check out this interview with astronaut Ron Garan about why he thinks we should get to the Moon before Mars: