Why Elon Musk Wants Trump to Charge a Carbon Tax 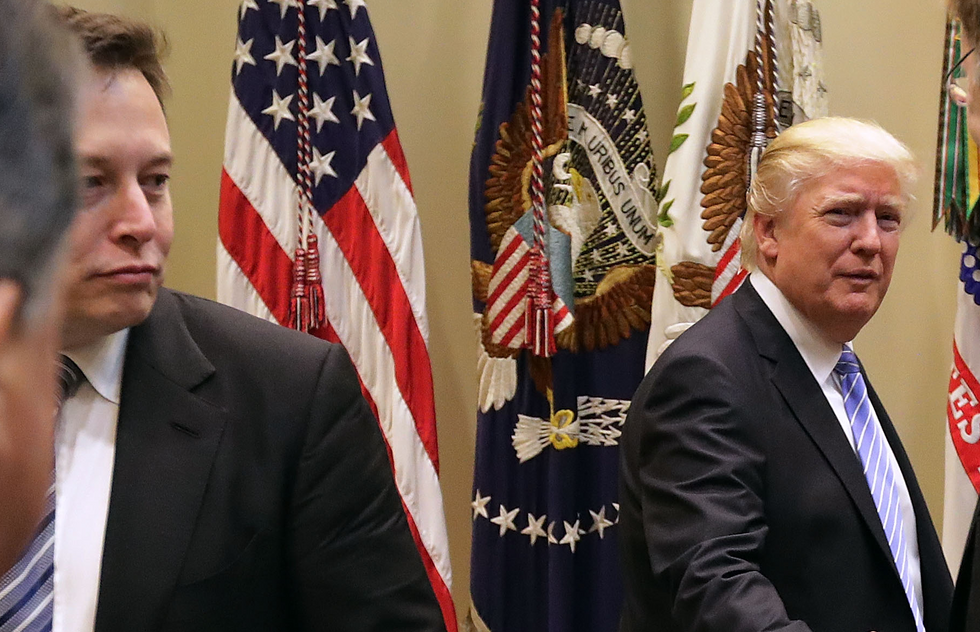 Elon Musk recently surprised many by tweeting out support for Rex Tillerson, President Trump’s Secretary of State nominee. Seen as a champion of clean energy, Musk seemed unlikely to get so publicly behind Tillerson, given his past as the CEO of ExxonMobil, a fossil fuel powerhouse. While the support for Tillerson appears influenced by Musk’s recent meeting with Trump, one issue in particular may explain why Musk would offer his endorsement - carbon tax.

He singled that out in a Twitter interview with Gizmodo, where he first noted that Tillerson was a “competent” executive:

"Also, he [Rex Tillerson] has publicly acknowledged for years that a carbon tax could make sense. There is no better person to push for that to become a reality than Tillerson. This is what matters far more than pipelines or opening oil reserves. The unpriced externality must be priced."

Indeed, Tillerson has supported carbon tax since at least 2007 as a preferred form of environmental regulation. In a 2009 speech he called it “predictable, transparent, and comparatively simple to understand and implement.”

What would the carbon tax do? It would essentially be a fee tied to the carbon content of fuels, levied for releasing carbon dioxide into the atmosphere. Its proponents think it would reduce such emissions and slow down climate change and be a simpler form of environmental regulation. Some forms of carbon tax have so far been enacted in Australia, Sweden and other countries.

Elon Musk elaborated on why the carbon tax is necessary by describing the production of carbon dioxide (CO2) as consumption of the common good, an action that should have a reasonable price.

“The problem is the age-old tragedy of the commons. The common good being consumed is atmospheric and oceanic carbon capacity, which currently has a price of zero. This results in an error in market signals and far more CO2 is generated than should be. We won’t ever go to zero CO2, but the rate over time should be dropped far below what it is today,” said Musk.

In a previous interview at Sorbonne in France, Musk compared the carbon tax to garbage collection, with the tax being necessary to reflect the cost of the consequences of consuming carbon.

As to how exactly the carbon tax would be effective, Musk thinks a gradual approach will have the right impact.

“Start low and increase it until the desired outcome is achieved. This can be offset by a reduction in other taxes, like sales tax, which is quite regressive. This is analogous to taxing cigarettes and alcohol more than fruits and vegetables, which everybody agrees makes sense. We should have higher taxes on the things that science says are probably bad for us than those that are probably good for us,” explained Musk.

What’s more, Elon Musk apparently brought up the carbon tax in his meeting with Trump. With Musk said to enjoy a burgeoning relationship with Trump, united by big thinking and potential overlapping interests in infrastructure projects like updating the electrical grid, his championing of the carbon tax may prove crucial. Will President Trump embrace it? So far there is little indication this would happen but it’s also just the beginning of the new administration’s term.

Musk’s take on updating the electrical grid includes making it smart, with a plan existing for Tesla to at some point offer grid services through batteries that can be added to the grid.

Other infrastructure projects from Musk's head that could appeal to President Trump include his SpaceX business, with plans to colonize Mars, his new tunneling business, and even Hyperloops. Musk’s proposal for superfast travel via hyperloops is nearing reality, with a full test coming in the next three months.

The unlikely pairing of two iconic figures of the modern age could result in a relationship that benefits American infrastructure for generations to come. Another visionary and controversial billionaire Peter Thiel, who has been close to both men, called them surprisingly similar - a factor that might prove deciding in such a partnership.

“I’m going to get in trouble, but they are [similar], actually,” Thiel told the New York Times. “They’re both grandmaster-level salespeople and these very much larger-than-life figures.”

U.S. President Donald Trump (C) greets Wendell Weeks (R) of Corning, Elon Musk of SpaceX (L) and other other business leaders as he arrives for a meeting in the Roosevelt Room at the White House January 23, 2017 in Washington, DC. (Photo by Chip Somodevilla/Getty Images)