We often think that our deeply held beliefs, opinions, and emotions are the result of a long time spent thinking. We see ourselves as an executive of sorts somewhere inside our own head, pondering, making plans, and coming to decisions. This is what is known as a top-down model of executive control. It isn’t only laypeople who think this way, but scientists and scholars, many anyway. This has been the prevailing theory for decades.

Most experts see human consciousness as a combination of two different phenomena. The first is the consciousness we experience from one moment to the next. That’s knowing who and where in the world we are. It’s also the ability to evaluate things, and calculate opportunities and threats. The second is our thoughts, feelings, impressions, intentions, and memories. So here’s the innovation, a 2017 paper published in Frontiers of Psychology says that actually, our thoughts and feelings are developed by unconscious mechanisms behind our logical thoughts. 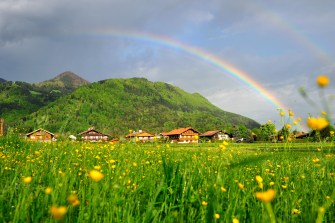 Researchers compared the experience of consciousness to a rainbow, a natural phenomenon that has no influence on its surrounding environment. Credit: Getty Images.

The authors write that these unconscious systems create the contents of our consciousness through what they call a “continuous self-referential personal narrative.” Basically, our thoughts, feelings, and emotions are generated “behind the scenes.” These processes are fast and efficient, as they should be. Our survival depends on them.

And what about our own, personal narrative? Researchers say this is the accumulation of what we’ve learned and the impressions we’ve had from past experiences. It is also constantly being updated as new experiences influence us. Our personal narrative is important because it allows us to communicate with other humans, understand them, and allows us to bond to and cooperate with them. That can help promote strategies for the common good.

So how did these researchers find this out? They looked at studies on hypnosis, particularly when used to treat neuropsychological and neuropsychiatric disorders. Such studies have consistently shown that people can change their thoughts, mood, and perceptions, when in highly suggestive states. One particular study found volunteers raised their hand even when they didn’t tell their brains to do so, as if it were unintentional. Researchers suggested aliens were making them do so.

What’s noteworthy is that they recorded participant brain activity while volunteers were under hypnosis. All this begs the question, How responsible we are for our own behavior, and how much of it is totally out of our conscious control? The two researchers who made this discovery are David Oakley, Emeritus Professor of Psychology at UCL, in England and Peter Halligan, Professor of Neuropsychology at Cardiff University, in Wales. 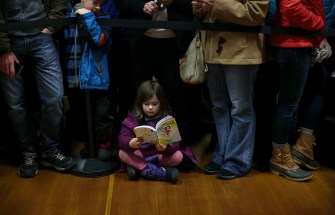 Our personal narrative helps us understand ourselves and others better. Credit: Getty Images.

So given much of what we thing and feel is outside of our control, how responsible are we for our choices, opinions, or behavior? Oakley and Halligan write in The Conversation that they believe “free will and personal responsibility are notions that have been constructed by society.”

Though they may reflect a conventional opinion on how things work, these notions wrongly influence how we conduct ourselves and how society is conducted. But this predisposition toward say free will also helps us talk about ourselves, convey our narrative, form closer bonds with kin, and so help hold society together.

To learn more about the search for consciousness, click here:

Related
Life
Scientists use CRISPR to insert an alligator gene into a catfish
Disease kills off 40% of farmed catfish. This gene protects them.
Neuropsych
How you breathe affects your brain
Your breathing rhythm influences a wide range of behaviors, cognition, and emotion.
Health
What happens when regular porn watchers abstain for a week?
Researchers watched for signs of withdrawal — but didn’t find any.
Neuropsych
Daily caffeine intake temporarily alters your brain structure
Compared to people who took a placebo, the brains of those who took caffeine pills had a temporarily smaller gray matter volume.
Thinking
Why you should laugh at yourself, according to Seneca and Nietzsche
“It is more human to laugh at life than to lament it.”
Up Next
Health
How a Hackneyed Romantic Ideal Is Used to Stigmatise Polyamory
Perhaps you’re thinking you don’t know any non-monogamous people. But I wouldn’t be too sure.