The 1971 cult classic Harold and Maude is an unlikely love story between a depressed 18-year-old Harold and a lively 79-year-old Maude. They “meet cute” at a funeral, which both of them attend despite no association with the deceased. While Maude plans her death, Harold learns to live. The highly influential movie ranks #21 on The Guardian’s list of the most romantic movies of all-time.

It is a romance for the ages, and a testament to love’s ability to bring together people despite major differences (in this case, age). But given the major disruption that the $2 billion a year (United States) online dating industry has had on how couples unite, it is fair to ask: If Harold and Maude was set in 2017, would Harold pick Maude on Tinder? 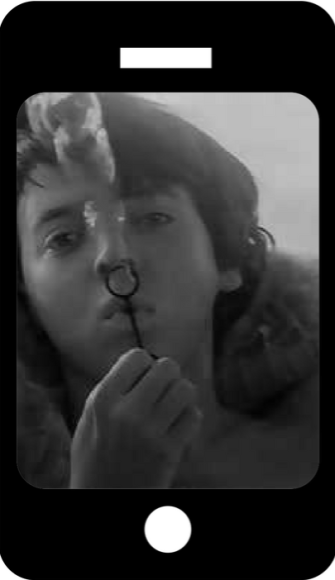 According to the latest Pew Research, 27% of young adults report using online dating sites or mobile dating apps. Given the pressure that Harold’s mother was placing on him to get married (“In short, Harold, I think it is time you got married”), it is a safe bet to say that he would use an online dating site. And despite Tinder’s association towards hook-ups, Tinder users proclaim a greater motivation with finding love versus casual sex.

And here’s something we may have overlooked: Harold was using a computer dating service in Harold and Maude. Although online dating didn’t start until 1995, with the launch of Match.com, computer dating (by submitting a questionnaire) has been around since the 1960s.

Mrs. Chasen (Harold’s mother): I have here, Harold, the forms sent out by the National Computer Dating Service. It seems to me that as you do not get along with the daughters of my friends, this is the best way for you to find a prospective wife.

Mrs. Chasen: Please, Harold, we have a lot to do and I have to be at the hairdresser’s at three.

[she looks over the papers]

Mrs. Chasen: The Computer Dating Service offers you at least three dates on the initial investment. They screen out the fat and ugly, so it is obviously a firm of high standards. 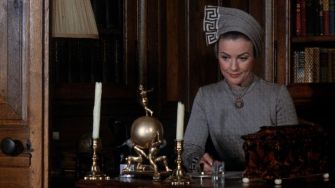 Even if Maude was in the computer dating service, she most likely would not have been paired with Harold. The age difference of 61 years made them an unlikely duo and one that would have been screened out by a computer.

The beauty of Harold and Maude’s romance is that it transcends the traditional boundaries of couples (in this case, age). It is based on the randomness of the heart, instead of the logic of the brain. It is the chance meeting, as opposed to the projected match based on interest.

The increasingly use online dating sites, which place an obvious focus on sorting individuals based on the likelihood of compatibility, begs the question: is love an algorithm or a magical happening?

Our fondness with Harold and Maude is because it flies in the face of predictability: no algorithm would have put them together. 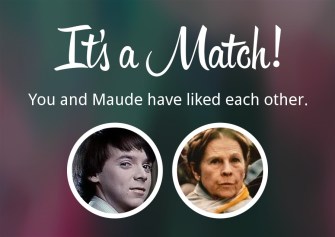 Related
High Culture
Did Paul Cézanne hide an early self-portrait underneath a 160-year-old still life?
To answer that question, we may have to figure out when the famed painter started to go bald.
Strange Maps
Dutch government releases a genuine treasure map from WWII, sparking a hunt for the loot
X marks the spot. The Dutch town of Ommeren has been swamped by detectorists armed with shovels looking for $20-million treasure.
Thinking
Creative wisdom from Rick Rubin: embrace your inner gatekeeper
Unlock the full potential of your creativity with “holistic detachment.” This is the way of the editor.
If money doesn’t buy happiness, you’re spending it wrong
These money experts say you can buy happiness. There are some red flags to look out for, though.
▸
7 min
—
with
Lindsay Bryan-Podvin
Starts With A Bang
The path forward for astronomers and native Hawaiians
A history of injustice and the greatest natural location for ground-based telescopes have long been at odds. Here’s how the healing begins.
Up Next
Starts With A Bang
This is what would happen if an asteroid hit New York
Last week, an asteroid fell from the sky and struck the Lake Michigan area. What if it had been a city-killer instead?“By preventing dangerous asteroid strikes, we can save millions […]