Between the years of 1975 and 1979, the Khmer Rouge orchestrated a mass genocide in Cambodia that resulted in the deaths of over 2 million people — about 25 percent of the entire country. Around this time, you also had the Vietnam War, the Cambodian Civil War, and other regional conflicts that resulted in an utter ravaging of the Cambodian countryside. Each of these events saw belligerents install millions upon millions of landmines across the country, often arbitrarily and without maps to keep track of where they all went.

Nearly 40 years later, 4 to 6 million of these landmines (and other explosives) remain active and undetonated in Cambodian soil. Cambodia has one of world’s highest landmine casualty rates; a disproportionate number of these casualties are children. Landmine detection and removal is one of the country’s most notable and important humanitarian projects.

“Enter the rats. These are not kitchen rats, but African giant pouched rats, also known as Gambian pouched rats, about two feet long from head to tail. Their eyesight is terrible. But their sense of smell is extraordinary. The rats can detect the presence of TNT in amounts starting at 29 grams (about 1 ounce)… Each rat is responsible for clearing a 200-square-meter (239-square-yard) patch of land. Their Cambodian supervisor, Hulsok Heng, says they’re good at it.“ 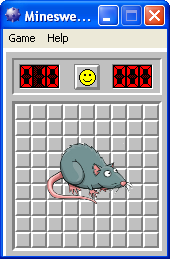 Sullivan’s piece gives a vivid account of how the rats are trained and why they’ve proven to be more efficient than metal detectors or bomb-sniffing dogs. There’s also an interesting look into why some people still don’t trust rats in situations like this, not because they’re ineffective, but because they’re rats. Poor little things.

Related
Neuropsych
Psychology studies that go viral are likelier to be bogus
A new 20-year analysis of over 14,000 psychology studies finds that a study’s media coverage is negatively linked to its replicability.
The Future
How a device transmits radio waves with almost no power
Apart from the energy needed to flip the switch, no other energy is needed to transmit the information.
The Present
Radical idea: Redraw the U.S. map as a nation of city-states
While cities drive national economic growth, their political geography means they cannot effectively deal with inequality, poverty, and other socioeconomic problems.
The Learning Curve
Why do high IQ people stagnate in their careers? Emotional intelligence
Research suggests that emotional intelligence is more vital for success than IQ.
The Present
Even in the age of AI, some problems are just too difficult for computers
Computers are growing more powerful and more capable, but everything has limits
Up Next
Starts With A Bang
Mostly Mute Monday: The Galaxy’s Fireworks
A look at our galactic plane in the infrared reveals nebulae, explosions and new stars as never before.“That, then, is loveliness, we said,Children in wonder watching the stars,Is the aim […]