More than six million people worldwide die each year from strokes. Every two seconds, someone, somewhere is having one. Not all strokes are fatal, of course. In fact, 80 per cent of stroke victims survive, though many experience one or more serious lingering effects, including paralysis and cognitive and motor impairment. When a stroke occurs, areas of the brain are deprived of oxygen and neural pathways can become damaged. The good news is that the brain is a resourceful organ, and thanks to neural plasticity, it may be possible to relearn forgotten abilities through rehabilitation—targeted repetitive exercises—that helps the neurons re-organize themselves and allows the victim to regain function. The problem is that rehab is hard, and painful, and according to Regan David Petrie, some 69 per cent of stroke patients don’t get the recommended level of rehab activities. This is why the master student at Victoria University of Wellington has been developing an augmented reality (AR) mobile game, an “exergame,” whose purpose is to engage and reward stroke victims in order to keep them engaged in their therapy.

Petrie’s game was designed using Google’s Tango Augmented Reality platform prior to the search giant switching support to its newer, more consumer-oriented ARCore system. As the game’s player observes his or her surroundings through a mobile device, virtual 3D objects appear to set the scene and with which the player can interact. 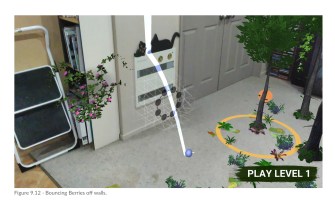 The game, still under development, is called NZ Fauna AR. As its name implies, it’s designed for stroke victims of New Zealand, leveraging their love of the country’s forests to provide a calming and enjoyable context in which play can occur. Fizzy, a virtual Rowi kiwi, is the AR star of the current iteration of the game. 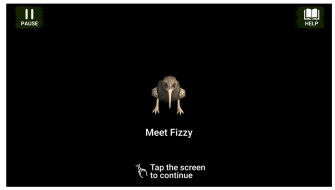 Players gather blueberries and feed them to Fizzy by performing sit-to-stand exercises, an important form of therapy for stroke victims. The most basic actions of the game are:

• standing up to throw berries to Fizzy

• sitting down to collect more berries from an AR bucket on the floor.

There are game controller buttons with interactive elements, but, says Petrie’s thesis, “The game was designed to incorporate minimal touch interactions—this was driven by the interaction model which was comprised of natural physical movements,” that is, standing up and sitting down.

Petrie has plans for at least two other versions of the game:

Petrie’s thesis describes the design and goals of the app, and usability testing he completed for NZ Fauna AR.

Petrie began with a round of preliminary testing with three neurological physiotherapists who helped him refine the gameplay to strengthen the rehab it provided. The three endorsed the idea and game, with one saying, “This is what we need to get people to enjoy therapy.”

Petrie tested NZ Fauna AR with a cohort of five stroke victims in two phases. The five subjects were selected as “a user base that represented an audience with a wide range of cognitive and physiological abilities.” Gameplay lasted for 10-15 minutes, followed by a questionnaire in which they recorded their reactions to the experience.

A second test was conducted with two of the five subjects, who used a second version of the game prototype in which Petrie had fixed some flaws revealed in the first round. One of the subjects still had trouble understanding the game, while the other one loved the changes. One reaction to the game was particularly touching, and revealing: “Caroline passionately illustrated that taking the focus off her is important and that her being the caregiver (instead of the care receiver) and coherently helping someone else (the kiwi) was delightful and made the experience meaningful to her.” One can imagine that such a perspective shift would be welcome for anyone sick of being the subject of chronic care. 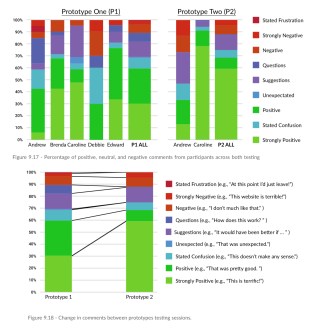 Petrie will no doubt continue to refine his game, not least because he’ll probably want to migrate to Google’s latest AR platform. He also hopes to add a multiplayer mode of some sort so stroke patients can do their rehab together, with the added social element making it even more fun.

As to the efficacy of AR for promoting rehabilitation in stroke victims and others who require repetitive exercise to regain lost function, it would seem that the game designers involved will need to capture some Pokémon Go/Super Mario/Angry Birds magic to keep players—the patients—engaged. That’s a challenge for any game developer, but NZ Fauna AR is certainly an interesting and potentially life-changing use of AR.

Carl Jung was one such person.
Up Next

Effective business communication is not just an advantage for businesses — it’s a necessity. According to Salesforce, 86% of 1,400 surveyed corporate execs, employees, and educators attribute workplace failures to […]