At the ripe old age of 33, Mark Zuckerberg is already a legendary international figure. He has been running a truly transformative tech company that had a million users when he was just 20. The movie about his life has already been made and, of course, won three Oscars.

Once a business wunderkind and poster boy for the tech revolution, Zuckerberg has now become a polarizing figure as the fears about Facebook’s disregard for privacy concerns have turned out to be well-founded.

Zuckerberg’s recent testimonies before the U.S. Congress mark just how far the technology sector has come. It has an increasing influence on our lives, able to know everything about us, microtargeting and micromanaging our lives with increasing precision. The testimony of Facebook’s CEO also highlighted the deep knowledge gap between the elderly Congress and the new generation of the country’s leaders. They might as well be living in different universes. 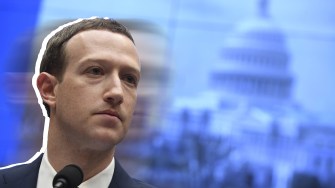 How did Mark Zuckerberg become such a force in the modern world? Born on May 14th, 1984 in White Plains, New York, he was raised by a dentist and a psychiatrist. He got interested in computers at an early age, creating a messaging program called Zucknet when he was 12. His dad used it in his office to get messages about new patients.

Zuckerberg continued to be a computer prodigy, programming games and a Pandora-like music software called Synapse.

He went to Harvard University in 2002 but dropped out while a sophomore to pursue a little networking site called “The Facebook.”

Zuckerberg brought up his dorm room at Harvard a number of times during his congressional testimony, highlighting how far he has come, admitting that he made some mistakes along the way:

“We have made a lot of mistakes in running the company,” he said. “I think it’s — it’s pretty much impossible, I — I believe, to start a company in your dorm room and then grow it to be at the scale that we’re at now without making some mistakes.”

With an estimated net worth of $64.1 billion, Zuckerberg is one of the richest people in the world. Here’s more on his path to the status and influence he has today in this fascinating infographic created by Anna Vital on Adioma.

Related
Thinking
Finding your essential self: the ancient philosophy of Zhuangzi explained
Adopting a healthy scepticism towards inherited ideas means “emptying the container of the Self.”
The Future
Startup’s bladeless flying car is designed to reach Mach 0.8
One of Jetoptera’s VTOLs is expected to reach speeds of around 614 mph, about as fast as a commercial jet airliner.
Health
New blood types are often discovered following medical disasters
New blood types are regularly discovered by an unusual absence or an unusual presence — both of which can result in tragedy.
The neuroscience of loving music
Humans are musical animals four million years in the making, explained by music expert Michael Spitzer.
▸
8 min
—
with
Michael Spitzer
Life
Scientists use CRISPR to insert an alligator gene into a catfish
Disease kills off 40% of farmed catfish. This gene protects them.
Up Next
Leadership
The Importance of Training All Employees (and Not Just the Top 5%)
Training enables growth for employees across any number of industries. Employees who receive training tend to perform better than those who receive no training and also tend to feel more […]