Today’s children are spending an average of seven hours a day on entertainment media, including televisions, computers, phones and other electronic devices. Studies have shown that excessive media use can lead to various problems for children – attention problems, school difficulties, sleep and eating disorders, and obesity. Nevertheless, it seems that educational products are increasingly made for and found on computers, tablets and smart phones. This is why a table-top game for 3-8 year olds that teaches them the basics ofprogramming sounds pretty exciting.

The idea for Robot Turtles came to Dan Shapiro, a software programmer at Google, one morning as he was taking a shower.

I pondered, why are kid games either pure luck (Candyland) or a frustrating exercise in trying to lose on purpose, without the child noticing (Tic-Tac-Toe). How old does a child need to be to learn to program? Do they even need to read? What’s something cool I can do with my kids this afternoon?

That same day he printed out some generic robot clip art, and told his 4-year-old twins that he had a new game for them to play. They started experimenting with the rules and the kids couldn’t get enough of it. Shapiro took a leave of absence and dedicated a whole summer to develop the game which subsequently became the most backed board game in Kickstarter’s history – three months after he started his campaign he had already shipped 25,000 copies to families in 65 different countries. 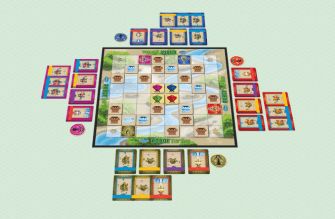 Kids don’t need to be able to read to play and only one person (the “Turtle Mover”) needs to read the rules. As the kids progress, they build their program up on the table by putting instruction cards down, driving the turtles through the maze. If they make a mistake, they can shout “Bug!” and debug it. One of the most fun parts is that the grownup serves the role of the computer, executing commands on the board. At its heart, Robot Turtles is a game about bossing around adults. Just like programming is about bossing around computers.

As the world seems to not be able to get enough of web startups, online games, and new apps, it is certainly refreshing to see a successful product that teaches kids valuable skills, and helps us spend more quality time with them rather than in front of the omnipresent Screen.

Should we be searching for life on other planets, or technology?
Up Next
Politics & Current Affairs

Will California’s Proposed “Yes Means Yes” Law Serve as a Model For Other States?

A bill recently passed by California legislators would establish standards for “affirmative consent” with regard to sexual activity on college campuses. “Yes Means Yes” could be influential to other states’ legislators if it survives initial litigation.