Gustav Klimt’s “Litzlberg on the Attersee” sold for $40.4 million to the din of jobless and struggling union workers picketing outside Sotheby’s auction house in New York City last night. The serenity of the landscape painting, hung before a crowd of international art-buying elite on the seventh floor of the Upper East Side auction house, fell in stark contrast to the scene stories below, where protesting members of the Teamsters, art handlers who have been locked out of Sotheby’s over a labor dispute since July, were being arrested and forcefully removed from the lobby. 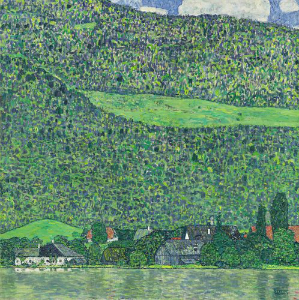 Gustav Klimt’s “Litzlberg on the Attersee” sold for $40.4 million.

While most of the protestors honored the barricades set before the auction house entrance, blowing whistles and shouting obscenities at arriving attendees, some men made it into the auction house and staked their claim by sitting on the floor in the lobby. Sotheby’s security guards did their best to encircle the seated protestors and greet guests as per usual, but just before the auction officially began the police arrived and began to drag the men out the main entrance.

“I think that you should watch very carefully for the possibilities of social unrest in this country, unless Washington wakes up.”

Protestors implored onlookers to take pictures and film the police officers. Big Think contributor and art financier Asher Edelman attended the event, taking photos with his iPhone (below) and forwarding them to Big Think as further evidence that the prediction he made during his most recent Big Think interview is coming true. 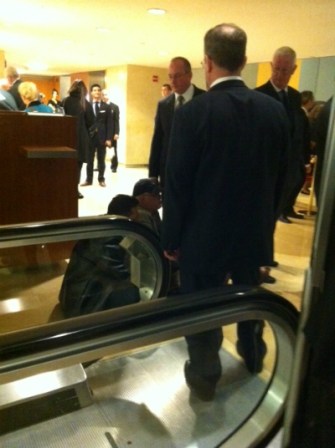 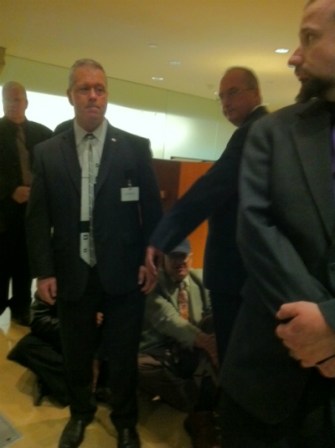 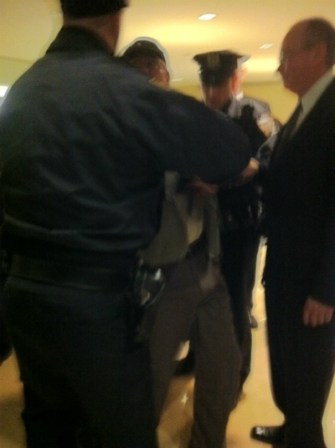 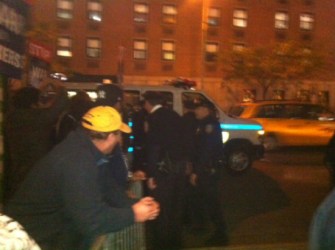 Photons come in every wavelength you can imagine. But one particular quantum transition makes light at precisely 21 cm, and it’s magical.
Up Next
Surprising Science

A Kitchen Powered by Leftovers

In the kitchen of the future, there will be no such thing as waste. A cyclical ecosystem will use the methane power of leftovers to provide energy to lights and appliances.