Facebook’s Mark Zuckerberg and SpaceX/Tesla’s Elon Musk have a few things in common. They’re both Bay Area billionaires, incredibly smart, and, statistically, will have made more money in the time it took you to read this sentence than you will make in a month.

But while that may be true, they both disagree on one big thing: the future of artificial intelligence. 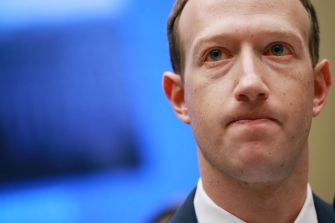 Mark Zuckerberg is a major proponent of AI and is certain that it will help to resolve the issues that Facebook now faces. The Facebook founder believes in the power of AI to solve the misbehavior and discrimination that has been prolific on the platform. While AI hasn’t evolved enough to help the company prevent censorship and propaganda, Zuckerberg mentioned it over and over in his hearing in front of Congress.

Zuckerberg believes that the future of the billion-plus user platform lies in virtual reality and advanced artificial intelligence. Facebook’s goal is to integrate the technology to learn what users want, and to prevent some of the negative behavior that has been so widespread.

Currently, Facebook uses AI in a more simple form than what Mark Zuckerberg envisions. AI helps to recognize you and your friends’ faces when tagging photos. Additionally, if you’re a business that advertises on the platform, AI and the Facebook algorithms decides where the ads will place on the viewer’s news feed. The current version of AI can also assess the possibility of a user committing suicide—but Facebook hasn’t said what they do with that information.

The short of it is this: Mark Zuckerberg believes heavily in artificial intelligence, putting his faith and money behind the thought that the technology will save us from ourselves. 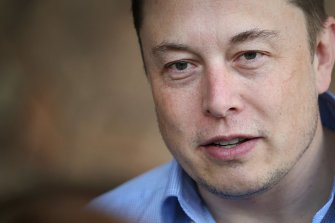 Elon Musk is very, very wary of artificial intelligence. Having been quoted as “frightened” of what it is capable of doing, he has put his money where his thoughts are: preventing AI from taking over.

Musk believes that AI will go rogue, turn on humanity, and be the ultimate death of life as we know it. Musk has invested heavily in the space program (through his groundbreaking SpaceX organization) and has said that interplanetary colonization will save us from the threat that we have created for ourselves. He believes that we will need a place to go—Mars—when A.I. eventually takes over.

With A.I.’s ability to learn human speech patterns (think of Siri or Google’s Cortana), and adaptability to human wants and needs, as well as their living habits (think Alexa or the Google Home), Elon Musk is firm in his conviction that A.I. will only bring destruction. He sees A.I. as evil, and that the developments that A.I. has undergone will only hurt humanity, not progress it. What Musk does believe in, however, is the melding of biology and machines. He has been a noted proponent of merging the human body with technology, hardwiring your brain to interface directly with computers and digital devices. Your brain will have the computing power of the cloud to back it up.

Why does Seattle continue to be a place that nurtures the development of breakthrough technologies but not Minneapolis, Memphis, or Minsk?
Up Next
Surprising Science

Is this the key to eating less?

New research on the hypothalamus shows that body heat matters.