Imagine being happy all the time. A devastating divorce, no problem? The boss dumping work on you, without compensation? No big deal. Your kid throat punched someone at recess, and might get expelled? You can handle any of these situations calmly, and walk away stress free. Why? You’ve got a conscious handle on your emotions. You can turn your mood up or down at the twist of a dial. How is that possible?

Researchers at Duke University, experimenting on laboratory mice, were recently able to identify the brain circuitry related to mood. They used “super-fine electrodes” along with a minuscule amount of a specific drug. Not only were they able to classify which neurons were responsible for mood, they were also able to actually control a subject’s mood, dialing it up and down at will. In a study in the July 20 issue of the journal Neuron, researchers were able to take mice prone to depression, anxiety, or stress, and restore them to relative emotional health, just by tweaking the circuitry responsible in their brains.

Kafui Dzirasa was the lead researcher in this study. He is an assistant professor of psychiatry, behavioral sciences, and neurobiology. Dr. Dzirasa said that if you “turn the volume up” on mice who hadn’t had stress, they soon become so. Those who had experienced stress and didn’t manage it well, had their emotional volume turned back down, to normal. 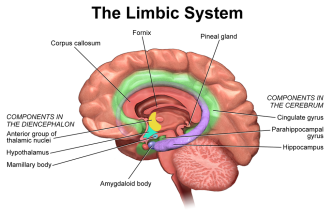 Model of the limbic system. Neurons connecting this to the prefrontal cortex regulate emotions.

These circuits or bundles of neurons regulate our emotional life. It is what researchers call the emotional “pacemaker” of the brain, located in the prefrontal cortex. The bundle is also attached to the limbic system, and allows it to “keep time.” The limbic system is responsible for our main drives such as eating and sex. It also regulates the amygdala or emotional center, responsible for things like the stress response. The circuits in the prefrontal cortex act as a signaling system which helps regulate mood.

This circuitry regulates and converts signals from one another, as the limbic system and the prefrontal cortex are in constant contact. Now researchers can discover which cells go with what area and understand more deeply how they interact with one another, even recognizing when they aren’t working right. Said differently, this might lead to a better understanding behind the pathogenesis of certain mood disorders or how they develop, and could lead to better methods of diagnosis and treatment.

Duke researchers used several approaches to look at what role these circuits had in different mood disorders. Brain stimulation in the prefrontal cortex could help lessen or even alleviate things like anxiety, depression, bipolar disorder, and chronic stress, to name a few. These disorders are at epidemic proportions today. But lots of times the drugs associated with them don’t work, or have side effects. Not only did Duke researchers want to understand how this complex system worked, they wanted to know if it had implications for possible drug development. 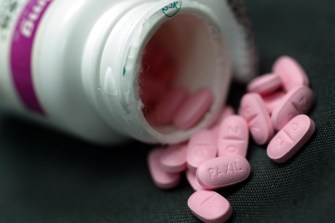 Drugs like Paxil are often prescribed to the depressed, but they have serious side effects, including suicidal thoughts.

In this experiment, 32 electrode arrays were placed inside four precise areas in the brains of mice. Then the mice were subjected to stressful situations, and researchers recorded the activity they found within their brains. The kind of situation the mice encountered is known as chronic social defeat. This allowed researchers to observe interaction between the limbic system and the prefrontal cortex, which is where it is believed major depression arises from.

To understand the data being recorded, the neuroscientists turned to colleagues, who applied statistical analysis and machine learning algorithms, to identify which parts of the brain certain data originated from, and how to decipher the timing control mechanism. Dr. Dzirasa said they discovered that the inner workings were a “clock signature” which determined which mice became resilient and which susceptible to stress.

By using very small amounts of a specific drug called DREADD (Designer Receptors Exclusively Activated by Designer Drug), researchers could control each circuit. Though it may have implications in humans, one must understand that a mouse brain is not a human one. Scientists can only discern something akin to mood in a mouse by its behavior. Far more research must be done before this work bears clinical benefits. 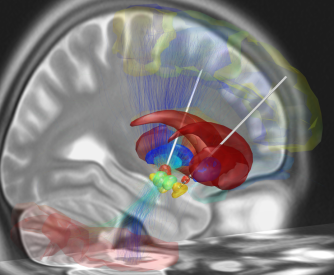 Still, the implications are enormous. Think about the societal costs which could be saved. Those with mental health issues could turn up or down their mood to overcome their disorder. But this discovery also contains the seeds of emotional totalitarianism. In decades or more to come, workers and activists could be made happy when really they are fed up, and thus much needed social change could be eliminated.

We have emotions for a reason. Sure, sometimes someone gets stuck in depression or anxiety, and cannot function properly. But for others at times, our emotions are telling us something is wrong, with a relationship or in our career path, for instance. An oyster only makes a pearl out of an irritant. Negative emotions force us to change and grow. Without them, opportunities for growth may be missed.

We do not know the larger implications of complete conscious emotional control. Is this a mere technological fix? Surely, just because you’ve changed someone’s perception, doesn’t mean the underlying problem has been solved. This breakthrough has a lot of promise in terms of managing certain mental health issues. But unregulated, and if the same is true in human brains, it could lead to an anesthetized world where everyone is okay with everything and anything, and nothing ever changes, a Brave New World where every negative emotion is diagnosable, and soma is a ubiquitous pill prescribed by a doctor.

To learn more about brain stimulation and its effect on depression click here:

The aging brain is networked differently.
Up Next
Hard Science