“I wasn’t originally going to get a brain transplant, but then I changed my mind.” –Colin Thomas

The rule is, if you have to explain the joke, it isn’t funny anymore. But what about humor in general? Why do we find things funny? And what happens on a cognitive level when we “get the joke?” Humor has been something of a mystery. Why we find what we find funny has escaped close scrutiny, though not for want of trying. For decades, scholars in a number of different fields have tried to explain humor and come up short.

This study, published inFrontiers in Physics, was conducted by Liane Gabora at the University of British Columbia and Kirsty Kitto at Queensland University of Technology in Australia. They attempted to crack the secret code of humor, specifically the cognitive process that results in laughter. These researchers took a novel approach, utilizing the mathematical framework of quantum theory. That doesn’t mean that the brain is a quantum machine, but that a mathematical process called quantum formalism can help to explain its processes.

The sticking point is to represent that eureka moment, the instant when the duality of a joke is finally realized, which means the human mind must conceive of two competing interpretations at once. It’s through bisociation, or this clash of definitions, that humor is born. For instance, consider the two meanings of “changed my mind,” in the opening pun. 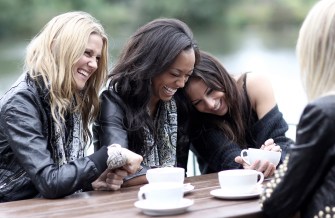 According to Gabora and Kitto, bisociation is much like the quantum process of superposition. This is when an object can exist in two places at once. When a measurement is taken, however, the position becomes fixed, and superposition vanishes. The same thing happens in our brain when we “get the joke.” Once the conflict is “resolved,” or when we settle on a meaning, ambiguity disappears.

Of course, there are lots of variables involved in whether or not a joke is funny, including the delivery, if the listener is paying attention, and so on. Quantum formalism takes the probability of these contextual variables into account. This approach has been applied to other aspects of human psychology, in a handful of recent studies. But this is the first time quantum formalism has been used to examine humor. Drs. Gabora and Kitto concluded that creating a “Quantum Theory of Humour (QTH),” is indeed possible.

To conduct the study, 85 undergraduates were asked to fill out a survey, rating the funniness of a number of puns on a scale of one to five. One was not funny at all, while five was hysterical. Participants also evaluated stand-alone parts of jokes, either only the set-up or just the punchline. The values were taken and quantum formalism applied. Researchers found that only whole jokes were funny. This shows that classical probability cannot arrive at the problem of humor, but that a quantum approach might be a good fit. 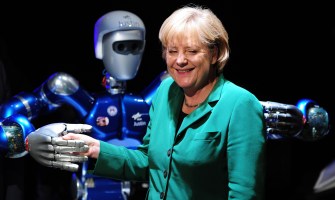 How might a quantum theory of humor alter the oncoming robot revolution? Getty Images.

It isn’t a shift from one meaning to another that triggers laughter, researchers say. Instead, it’s perceiving two incongruous meanings simultaneously. The centrality of bisociation leads researchers to believe that a quantum approach may be the most appropriate method for studying our sense of humor.

A lot more research is needed before a quantum theory of humor is within grasp. It won’t be easy to achieve. Dr. Gabora calls this study an “early first step.” But someday, they may have a “formal theory of humor,” which could include “predictive models.”

Instead of focus groups, a TV exec could just plop each of a pilot’s jokes into an equation to see if it works. Stand-up comedians would no longer have to test material out in clubs. They’d even get competition from AI. But it could also make the oncoming robot revolution friendlier and AI much more human-like. We would find it so much easier to accept and even come to like a robot that tells funny jokes, over one which coldly goes about its business.

Some critics argue that although humor doesn’t fit well with classical probability theory, this in and of itself doesn’t mean that quantum theory provides a better approach. Another problem is, the method doesn’t take into account how humorous each interpretation is, which will be the challenge future research will face.

To learn more about the relationship between the human brain and quantum mechanics, click here:

Uncertainty is inherent to our Universe.
Up Next
Health

More cancers occur by random chance than for any other reason, researchers say

Two-thirds of all cancers are caused by DNA replication errors, according to Johns Hopkins researchers. But don’t light a celebratory cigarette just yet.