While ethical considerations have always troubled thoughtful scientists, the fact of the matter is that if something can be done, somebody usually does it. While a few had clear concerns about creating an Atomic bomb in the first place, there were more than enough scientists who put their minds to work on creating one. A similar conundrum is taking place now with the technological breakthroughs that allow us to manipulate genetic code.

A technique known as “gene drive” enables scientists to insert genetic code into a species that would be passed onto to its offspring. One potential outcome of this ability is to be able to eliminate unwanted species that carry disease. You could possibly eliminate malaria, dengue fever, Lyme disease. Or stop the much-publicized Zika Virus by getting rid of virus-carrying mosquitoes. In fact, maybe we should get rid of mosquitoes in general. Not many humans will stand up for the necessity to keep these pesky blood-suckers around. 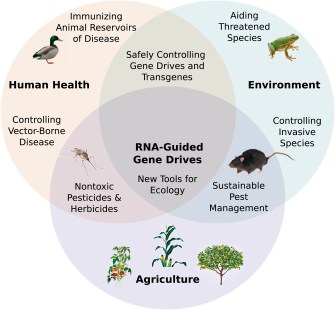 Potential applications of RNA-guided gene drives. Clockwise from left. Taken from a paper on gene drives by a group of Harvard scientists.

A report published this week by the U.S. National Academies of Sciences, Engineering and Medicine both validated this technology and cautioned that it’s a power not to be taken lightly. Who knows what releasing genetically altered organisms into the wild would lead to?

“There is insufficient evidence available at this time to support the release of gene-drive modified organisms into the environment,” states the paper.

On the other hand, the report did not call for a ban on this technology and, ultimately, underscored the fact that sooner or later these organisms will find their way out into ecological systems, whether by plan, subterfuge or simple mistake. if it can, it will happen.

“Gene drive” is spread through sexual reproduction and will spread as long as the members of the affected species keep reproducing. It’s also possible that if there’s any inter-species mating that occurs, a new species will get changed. And so on and so forth. 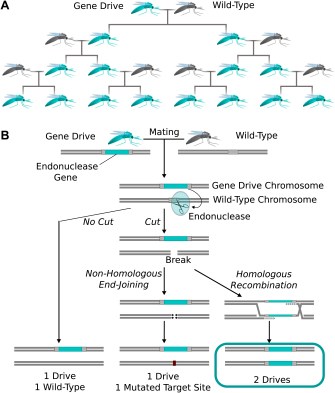 Of course, while risks exist, gene manipulation is here to stay and will continue to advance. One positive application of gene editing that’s made waves was demonstrated by scientists at Temple University – they were able to delete the HIV virus from infected mice.

How exactly would the gene drive get rid of a whole species? This tech is called “crash drive”. It works by getting a gene engineered into the Y chromosome that will shred the X chromes in the cells that make sperm. This will ensure that all the offspring will be male. The number of females would dwindle each generation until the population disappears. Nothing is likely to go wrong with such a plan.

Moral quandaries aside, now that we can, which species should we eliminate first?

I’d say, let’s start with cockroaches. I mean, come on. Cockroaches. No love lost there.

Then, let’s move onto rats. Black Plague, anyone?

Others might include – venomous scorpions and snakes. Did I say spiders yet? 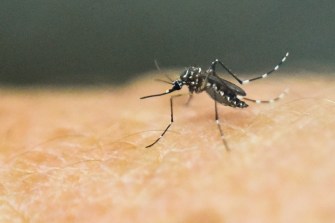 Would we really miss seeing this?

Which philosopher had the strongest arguments? David Hume, who raised some of the best challenges for science, ethics, and religion.
Thinking

Do right and wrong depend on culture, or does morality transcend place and time?

Some neurology experiments — such as growing miniature human brains and reanimating the brains of dead pigs — are getting weird. It's time to discuss ethics.

Physicists confirm the presence of a second layer if information in DNA that determines how it folds and what kind of cells it creates.