As an astrophysicist, and as a human being, Neil deGrasse Tyson says in his new book, Accessory to War: The Unspoken Alliance Between Astrophysics and the Military, that he was shocked and very upset to learn, while at a conference on space travel as the second Gulf War broke out, that people were actually cheering for the missiles created by defense contractors. 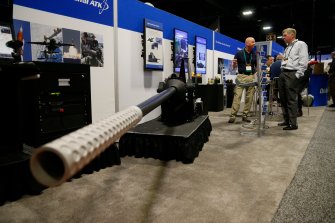 Attendees inspect the latest military technology and gear during the Special Operations Forces Industry Conference (SOFIC) on May 23, 2018 in Tampa, Florida. (Photo by Brian Blanco/Getty Images)

“It was just odd; I was at a conference, a space conference, when the second Gulf War was ramping up big time. At that space conference were all these contractors that make the missiles, the weapons, the bombs and they of course broke into many of the sessions to bring the live coverage, the live TV coverage, and every time it was announced that this was a Lockheed Martin missile or a Boeing missile or General Dynamics, that group would applaud and cheer. It was like, people are dying in this. I got very upset,” Tyson told CBS This Morning on Friday. (Video is below). 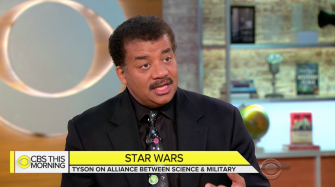 He’s quick to avoid jumping into the “Space Force” political minefield that was launched recently, however. “I don’t have a horse in that race,” he replied to a question on that. Ever practical, he understands the connection between military-funded ideas and the civilian technologies and capabilities that they facilitate. 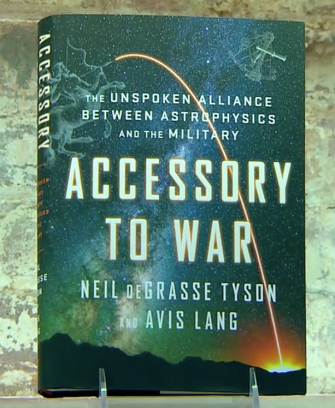 Book cover, “Accessory To War: The Unspoken Alliance Between Astrophysics and the Military”

“This relationship goes long and it goes deep,” he said in an interview with Salon.com.

Indeed, in the Salon interview, Tyson references Einstein’s relationship with the A-bomb; the inventor of E=MC2 had his own internal conflict on using science to wage war, but he knew if Hitler succeeded in developing it first, he would use it on huge numbers of people. Still, after Hiroshima, Einstein stated, “Woe is me” and publicly said that had he known Hitler would be unsuccessful in making the bomb, he wouldn’t have encouraged it.

It’s a bit of a dilemma, for sure. Here, he explains it in more detail.

This is a perversion of justice.
Up Next
Surprising Science

A new computer model suggests that the 21st century will have more frequent hurricanes of staggering force.