The idea is simple enough. Wouldn’t locations be easier to remember if we traded in complicated GPS coordinates for simple and memorable three-word phrases? That’s the idea behind what3words, a new system that—in the words of Big Think’s Frank Jacobs in his entertaining article on the system—is “doing for geolocation what domain names did for IP addresses.” That is, make them easier to share and to remember. (Read Frank’s article—it’s fun.)

what3words has divided up the earth into 57 trillion three-by-three-meter squares and created an algorithm to assign each one a three-word name. These are pretty small chunks, as the system aims to be very precise. I just experimented with the company’s free app on my phone and found that I went through three different addresses moving from my desk to our foyer and to my living room. (I’m relieved to report my entire couch has the same address.)

You can also find the name of any location using their website’s interactive map. Big Think’s NYC office is located at issued.meant.bars, for example. 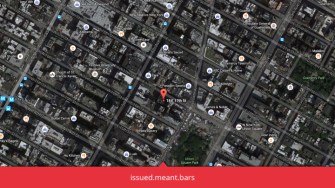 what3words estimates 4 billion people live in locations without a numbered street system, and it’s difficult for these people to open bank accounts, receive deliveries, or even be contacted. GPS coordinates could pinpoint them, but their 20-digit numbers would be a challenge to keep straight. what3words solves both problems.

When Frank’s article appeared in January 2016, what3words seemed like a cool, fun, and maybe crazy idea that would likely fail to get much traction. Now it turns out that Mongolia is going to adopt the what3words system, making it the basis of their postal service starting in July 2016. The UN, some delivery companies, and some map services have been using it, but this is the first time an entire country has embraced what3words. 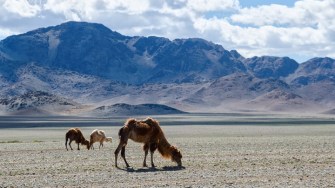 It’s not that surprising it’s Mongolia, well-monied these days thanks to its vast mineral deposits. The country has been making some interestingly forward-facing moves, starting with an impressively flexible and successful education system for their nomadic population. And now what3words.

The absence of proper streets is what makes Mongolia such a perfect candidate for what3words since its postal service has to keep track of their large nomadic population moving within an area of around 580,000 square miles, or about three times the size of France.

It turns out it’s hard to make work at an Amazon warehouse fun.
Up Next
Starts With A Bang

Ask Ethan: Is there really evidence for a new, fifth force?

A model of the accelerator used to bombard Lithium and create the Be-8 used in the key experiment, located at the entrance of the Institute of Nuclear Research of the […]