In April 2017, regulators in Europe and the United States signed off on a huge $43 billion agricultural merger between ChemChina and Swiss seed company Syngenta. Two other farming mega-mergers are making their way through the approvals pipeline as well, one between Bayer and Monsanto, and another between Dow Chemical and DuPont. If all of them are finalized, just three countries — the U.S., China, and Germany — will control the majority of the entire world’s food supply. The International Pane of Experts on Sustainable Food Systems says, “an unprecedented wave of corporate consolidation is under way.” 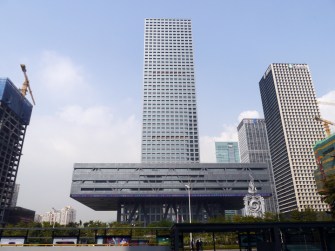 The mergers could mean that more countries will move to a single system of industrial agriculture that would leave little room for smaller, independent farmers, and could also result in a dangerous uniformity of livestock — both of which leave the world food supply highly vulnerable to catastrophe. Diversity in crops and farm animals is an important defense against decimation of the world food supply from a single disease or genetic mishap.

Even before the mergers, just six or seven companies play an oversized role in agriculture, according to The Guardian. After the mergers? Just three companies will control about 60% of the world’s seeds, nearly 70% of its agricultural chemicals and pesticides, and almost all of its genetically modified (GM) seeds.

These mergers aren’t the only developments that have EU, US and Latin American food experts worried. There have also been mergers of major fertilizer companies, and the largest farm equipment manufacturers have been envisioning future agriculture as being based on massive data collection and analysis, robotics, and remote farm surveillance. Seed developers — and the pharmaceutical industry — aren’t far behind. “When you sequence a human genome, or a seed, what you get out of it is data,” CEO of Ark Investment firm Catherine Wood tells The Guardian.

As far as reining in the dominance of the new mega-companies, it’s not likely to happen. They’re such massive contributors to the economies of their countries that they’ll be able to block and limiting legislation. Silvia Ribeiro, director of ETC’s Latin American office in Mexico, tells The Guardian that there’s “huge pressure from these giant companies to make laws and regulations in our countries that allow them to dominate markets, crush farmers’ rights and make peasant seeds illegal.” 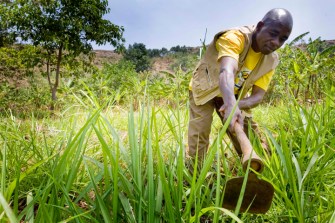 The economic effects could be absolutely brutal, says Adrian Bebb of Friends of Earth Europe: “From Africa and Asia to Latin America and the EU, corporate control over markets and supply chains is displacing millions of small-scale farmers. These dynamics have created some of the world’s highest rates of poverty and hunger among small-scale food producers and rural communities worldwide.”

A quick glance at the companies in these mergers also clearly signals how they envision the future of food: Syngenta, DuPont, and Monsanto are all heavyweights in the field of genetically modified (GM) foods.

In the case of China, GM seeds could potentially solve a pressing problem: China doesn’t have enough arable land to feed its own people. It’s the largest importer in the world of soybeans, and the seventh largest importer of corn. The country’s still-growing population, with its booming middle class, is demanding more meat and dairy than they have historically. 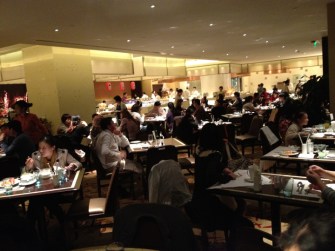 China sees hope in Syngenta’s GM seed lines that are engineered to withstand rough and pests. This is long-term thinking, though, since GM foods are currently just as unpopular in China now as they are elsewhere, and have in fact been tightly controlled by the central government. Though China imports GM foods, the agricultural ministry has only ever approved one GM crop for cultivation: papaya.

Beginning in 2014, however, the Chinese government’s attitude seems to be changing. President Xi Jinping, looking ahead, predicted China would “take the commanding heights in biotechnology, and not let large foreign companies dominate the agricultural biotechnology product market.” China Central Television stopped airing anti-GM ads, the agriculture ministry created a “green channel” to make it easier to register new seed lines, and the country began revising its laws to make collaboration between researchers and the private sector easier.

It’s probably also because China is interested in being a dominant force in biotech, and Syngenta could be their golden ticket. Taipei agricultural consultant Loren Putte tells Science, “Before the deal there was no chance that [China] could create a national champion company to compete with the likes of DuPont and Monsanto.” 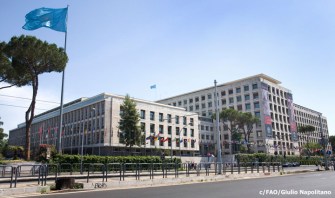 In May, the UN’s Food and Agriculture Organization’s (FAO) Committee on Food Security meets in Rome, and there are other meetings planned elsewhere — including Mexico and Indonesia — where activists will speak out and try to put the brakes to these mergers. Powerful farm movements have been growing in developing countries, and members plan to make their voices heard at these gatherings.

As activist Silvia Ribeiro says, “Virtually all of the world’s governments, farmer organizations and many agribusinesses companies will be in the same room for a week, with food security on the official agenda. There are going to be a lot of angry people there wanting to stop these mergers.”

Asymmetric organocatalysis is an environmentally friendly way of accelerating chemical reactions and creating specific types of molecules.
Up Next
Culture & Religion

Spontaneous talk on surprise topics. Lexicographer Kory Stamper on the slipperiness of language and how the sausage of dictionaries is made.