Culling. The egg industry refers to the process of killing its unwanted male chicks shortly after they’re born as “culling.” For these companies, male chicks are nothing more than problematic extra stuff that gets born along with the egg-laying female chicks they really want. They’re not suitable for eating and keeping them alive costs money, with brings no financial return. Hundreds of millions of chicks in the U.S. are culled every year. It’s a brutal process, as you can see in shocking—you are now hereby warned—videos like this one. 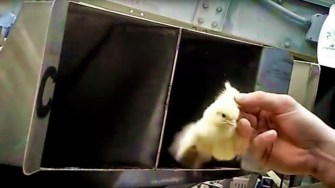 It’s in this context that animal rights activists are hailing a decision by United Egg Producers (UEP) to treat male chicks more humanely by preventing them from being born in the first place. UEP members produce 95% of the chicken eggs in the U.S. 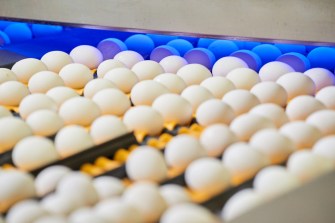 Facing intense pressure from a horrified public, United Egg Producers is switching from culling to “in-ovo egg sexing” that allows them to tell the sex of a chick while it’s still in the shell—if it’s male, it’s terminated before hatching. As Vox put it, “Horrific infanticides will be replaced with humane, painless chicken abortions.” It’s strange to be celebrating what still amounts to the killing of millions of chicks, but compared to the brutality of culling, this is a more humane way to dispose of the little guys, and it’s a major victory for animal-rights advocates.

This development is yet another step on humanity’s slow march toward awareness of animal rights, which as Michael Shermer has noted, will prove enriching to our lives as well.

UEP’s decision comes two years after Unilever became the first major corporation to adopt in-ovo terminations instead of culling in their hatcheries. While the U.S government has remained silent on culling, Germany plans to end it completely by 2017.

Sooner or later, Earth is going to be hit by a large enough space object to cause significant damage to humanity. Stopping them isn’t easy.
Up Next
Surprising Science

How U.S. Commuters Differ from Commuters in Other Countries

American commuters have different habits and spend a different portion of their income on car commuting than their counterparts in other developed nations.