When it comes to quantum mechanics, there’s a lot of weirdness we can’t account for. Superposition, quantum tunneling, entanglement, and a lot of other things, have had scientists scratching their heads for about a century or so. Recently, some physicists using mathematical models, found that bizarre quantum behavior and even the rift between quantum mechanics and general relativity, could be healed, if we saw the universe as a 3D projection laid over a 2D space. In other words, the universe could be a hologram.

Of course, this theory isn’t new. Depending on how you look at it, it could be thousands of years old, if you take into account the Buddhist phrase, “The world is illusory.” A number of sci-fi references including The Matrix, a certain Star Trek: The Next Generation episode (“Ship in a Bottle“) and an episode of Doctor Who, all deal with this. And then there’s tech scion Elon Musk. He’s so certain, he says there’s a “one in billions” chance we’re not living inside a simulation, created by some form of superintelligence.

Neil deGrasse Tyson agrees. At a discussion at the Hayden Planetarium last year, Tyson said it’s “very likely,” the universe is being simulated. Musk said that computing power is growing at such a tremendous rate that at some point, reality will become indistinguishable from VR.

One thing though, that doesn’t mean we’re stuck in a video game, now. As it turns out, one researcher at the University of Oxford and his Israeli colleague have proven this theory a flight of fancy. We’re not living inside The Matrix. The universe is actually 3D. And they proved it. Theoretical physicists Zohar Ringel and Dmitry Kovrizhin conducted the study. Their results were published in the journal Science Advances. 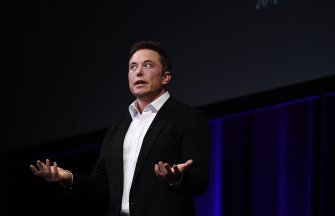 Researchers took what we know about some of the properties of physics and ran them through Monte Carlo simulations, types of computations that through random sampling, offer insights into quantum systems that are so complex, they’re difficult to solve directly. Ringel told Popular Science, “When you do physics and you don’t know how to solve something, you say, maybe I can just have my computer solve it for me and that will give me some intuition.”

The program takes random occurrences in a system and tries to make sense of them. Monte Carlo simulations are meant to study the quantum many-body effect, when lots of different particles, say thousands, are interacting at the same time. The physicists compared gravitational anomalies known to classical physics, much like the warping of space-time, and compared them to how a computer works.

It’s important to note that Monte Carlo simulations aren’t airtight but are insightful. When the negatives and positives cancel each other out, it’s called a sign problem. That’s what came up here. The reason is, the power needed to generate a computer simulation with just a few hundred electrons, would require more atoms than the entire universe contains. With each new particle added, the simulation became exponentially more complex. 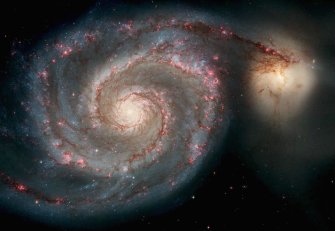 The physicists didn’t set out to prove the universe is really real. They were trying to better understand certain anomalies such as the quantum Hall effect. The Hall effect occurs when you pass electricity through a metal. The electrons normally flow through it in a straight line. But if you introduce a magnetic field, perpendicular to the metal, the electrons will follow with the current until they reach the field.

Once they do, they move off to the sides. With the quantum Hall effect, extremely cold temperatures are introduced, -459.67 °F (-273.15 °C) which is near absolute zero. In this environment, particles behave even more strangely. To physicists, the quantum Hall effect looks very much like gravitational anomalies in space-time, such as gravitational distortion or the warping of space-time.

Ringel and Kovrizhin were running the quantum Hall effect through Monte Carlo simulations. They didn’t expect to solve the mystery. A number of others have attempted through this method before and failed. This attempt was no different in that sense. But they did gain an insight.

Ringel said, “If you see a phenomena that can’t be simulated by a classical computer, that means we can’t be part of a huge classical computer that is simulated while someone steals our energy, for example.” There’s one caveat—besides our alien overlords programming in such information as a red herring. What might be more likely is that the universe is an enormous quantum computer, rather than a classical one, processing particles rather than 1s and 0s.

To learn more about the theory of a quantum computer universe, click here:

"I suddenly woke up one day and thought, you idiot, you are letting your life fade away, you have got to do something."
Up Next
Health

How Many Deaths Is Cheap Chicken Worth?

A common belief that regulations are a burden on businesses is challenged by Maryn McKenna’s book Big Chicken.