The feature is intended to help “customers reduce interruptions and manage screen time for themselves and their families,” Apple wrote in a statement.

“In iOS 12, we’re offering our users detailed information and tools to help them better understand and control the time they spend with apps and websites, how often they pick up their iPhone or iPad during the day and how they receive notifications,” said Craig Federighi, Apple’s senior vice president of Software Engineering. “With Screen Time, these new tools are empowering users who want help managing their device time, and balancing the many things that are important to them.”

An early version of Screen Time is currently available in the developer beta of iOS 12, and the consumer version is scheduled to be released in fall 2018. With Screen Time, you can:

See how much time you use certain apps. 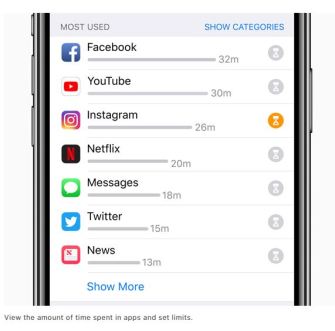 Access reports showing how you allocate your screen time 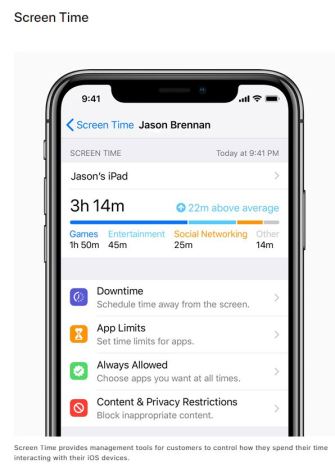 Limit the amount of time you spend on certain apps 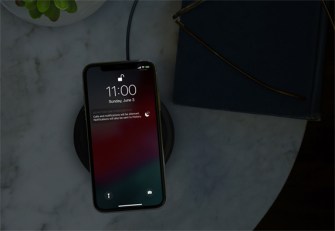 Customize the way you receive notifications 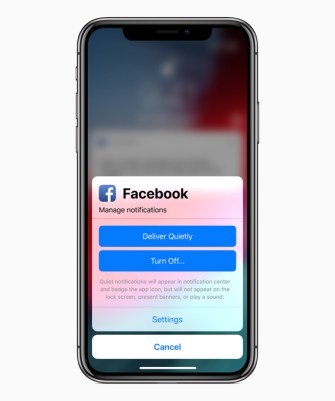 Set a ‘downtime’ schedule to limit app access for kids

Apple’s announcement about Screen Time comes weeks after Google previewed some its “Digital Wellbeing” features scheduled to be released in Android P later this year. The features of Screen Time and Digital Wellbeing are still in development stages, but both Google and Apple seem to be offering many of the same functions, like visual reports on phone and app usage, notification enhancements, and app limiting abilities. But for now, it seems Apple will be the only company to offer a native function for parents to control screen time for kids, while Android parents would have to download an app like Family Link from the Google Play Store.

Phone addiction has been a growing concern in the U.S. Over the past few years, multiple studies have demonstrated links between phone addiction and increased rates of anxiety and depression. According to a 2017 study from Deloitte, 47 percent of smartphone users have at one point attempted to cut back on phone use. The same amount of Americans say they couldn’t live without their smartphones.

The health hazards of smartphone addiction aren’t lost on big tech companies, as evidenced by the upcoming features from Google and Apple that are literally designed to encourage customers to use their own products less.

But whether those functions will help and whether users will be inclined to self-regulate remain open questions for now.

An effect called the “urban heat island” means that temperatures are often 10 degrees higher in cities, according to NASA.
Neuropsych

The Hyperloop is physically possible, but engineering challenges will make its construction very difficult. Also, accidents would be catastrophic.
Up Next
Personal Growth

Bridge Burning and the six other ways to quit your job

Here are seven styles of saying “I quit” identified by researchers Anthony Klotz and Mark Bolino.