Artificial intelligence has seen a resurgence of late in the cultural consciousness. Doomsayers worry AI will prove an existential threat to humanity, futurists wonder how we’ll integrate awarealgorithms into our social fabric, and optimists see further develops as the path to unimaginable human prosperity.

But it is often unclear which “AI” is being discussed in any given debate or hot take. The umbrella term can signifyartificial general intelligence, also called “strong AI,” essentially a program that could perform cognitive tasks similar to, or beyond those of, people. It is also completely theoretical and conclusions about it are, at best, guesswork.

The term can also apply to narrow artificial intelligence (a.k.a. weak AI). Unlike general AI, narrow AI focuses its processing and learning power on a highly-specialized task. It is widely used in hardware and software all around us and, on the whole, has been a boon for humanity. For every facial recognition system cracked by a mask, or AI chatterbox that turns pro-Hitler, there is an AI that saves lives, predicts failures, improves efficiency, and reduces environmental waste.

One area where AI is changing human lives for the better is science. Thanks to a combination of strict focus, computational speed, and self-improvement through deep learning, AI can more effectively complete time-consuming tasks, such as sifting through vast amounts of data to recognize patterns. This frees scientists up to put their time and energy toward creative and analytic pursuits or productively implementing their research toward human well-being.

Here are three scientific fields that AI is improving.

Looking toward the stars 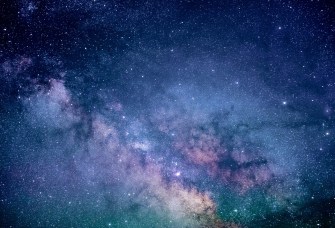 The universe is vast, and the data modern telescopes and satellites can collect are staggering. To help sift through these data, astronomers have turned to artificial intelligence, and the results have been enlightening.

One study used computer simulations of galaxy formations to trained a deep learning algorithm to identify these faraway star clusters. The algorithm learned to recognize three key phases of galaxy evolution, and when shown images taken on the Hubble Space Telescope for the CANDELS project, it was able to successfully identify real galaxies.

Another AI is helping us learn about our own galactic suburb. Trained on Lunar Reconnaissance Orbiter images of the moon, the algorithm analyzed a third of the lunar landscape and discovered 6,000 new lunar craters. And it isn’t just data sifting that has astronomers excited. One team of researchers is using generative adversarial networks — which have been used previously to create convincingly fake faces based on pictures of celebrities – to sharpen the resolution of blurry telescope images.

Currently, the AI has only been tested on low-resolution versions of high-quality originals, but the results have been promisingly accurate. One day the AI could use knowledge of the known universe to fill in the blanks of its farthest reaches to improve astronomical datasets.

An AI a day 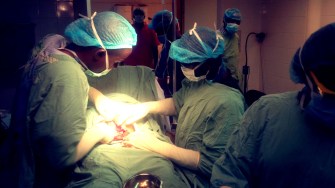 Another field with huge amounts of data is medicine. A single patient’s medical history can encompass his or her genetics, family history, environmental impacts, and a lifetime’s worth of disease, operations, and prescriptions. It can be difficult to know the best approach for a single patient, let along a hospital’s worth.

AI has also been employed to assist in addiction recovery. Researchers at the University of Southern California created an algorithm that sorted intervention program participants into groups based on social ties and prior history. The algorithm’s goal was to promote positive social connections and reduce “deviancy training” from peers, and it performed significantly better than control strategies for forming such groups. 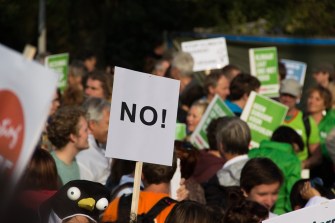 Artificial intelligence is also working toward social change. Stanford researchers have proposed combining machine learning with satellite data tomap poverty across the world. Traditionally, social scientists had to gather local-level information from a survey, a slow and difficult task for some of the more remote and impoverished regions in the world.

To gather information quicker, researchers taught an AI to search satellite images for the signs of prosperity and poverty (roads, nightlights, urban areas, farmlands, etc.) to determine an area’s wealth. Unlike traditional methods, relying on satellite images means the dataset can be updated frequently, and these maps can be used to better target outreach and resources.

Another team of Standford researchers has implemented AI to measure social change. Analyzing databases of books, newspapers, and other texts, the researchers measured linguistic changes across social shifts. Co-author and history professor Londa Schiebinger said she hopes the project will “allow humanities scholars to go after questions about the evolution of stereotypes and biases at a scale that has never been done before.” One of the algorithm’s findings was an increase in the positive portrayals of women in every decade since the 1960s.

Of course, these three fields are a tiny sampling of the improvements AI has had on science. Materials scientists are using algorithms to find metallic glass faster, neuroscientists are better understanding mammalian brains through virtual nerve cells, paleontologists are combining AI and satellite images to locate fossils more easily, and conservationists are protecting biodiversity by using AI to combat the illegal wildlife trade through social media.

That about wraps it up. If artificial intelligence truly will rise up to destroy humanity, it looks like its strategy is death by kindness.

Related
Starts With A Bang
Ask Ethan: What are white holes, and do they really exist?
In General Relativity, white holes are just as mathematically plausible as black holes. Black holes are real; what about white holes?
Life
Strange life forms create an “alien” ecosystem in an abandoned uranium mine
Slimy biofilms made up of bacterial and eukaryotic life forms have taken over an abandoned, flooded uranium mine in Germany.
Hard Science
Earth has an eerie “sodium glow,” and astronomers use it to image stars
Air currents in our atmosphere limit the resolving power of giant telescopes, but computers and artificial stars can sharpen the blur.
Health
How saliva changes the flavor of food
“It’s a liquid, but it’s not just a liquid.”
High Culture
Why are flood myths so common in stories from ancient cultures around the world?
Could the prevalence of flood myths around the world tell us something about early human migration or even the way our brains work?
Up Next
Politics & Current Affairs
You know who else has a problem with police brutality? Russia.
Police violence is experienced by a large proportion of Russians. Is America going the way of its geopolitical foe?