In his New Year’s address, the leader of North Korea Kim Jong Uncautioned the United States yet again that his country is ready for a nuclear war. “The entire United States is within range of our nuclear weapons, a nuclear button is always on my desk. This is reality, not a threat,” said Kim. He added a New Year’s resolution of sorts that in 2018, North Korea will be mass-producing more nuclear warheads and ballistic missiles, to “be used only if our society is threatened.”

While bellicose rhetoric is nothing new in the relations between the two countries, there are credible warnings from observers of the situation that a war with North Korea could actually break out. So what do the experts think are the rogue nation’s true military capabilities?

Although it tested 18 missiles, including what seemed like an ICBM, as well as conducted its sixth and most powerful nuclear test in 2017, there are some questions about the extent of North Korea’s achievements. It’s not certain, for example, what kind of nuclear payload the ICMB can carry or if it can survive reentry. Still the country’s military might should not be underestimated, says Dr. Koh Yu Whan, a professor of North Korea studies at Dongguk University in Seoul.

“Even though the ICBM technology may be somewhat incomplete, Kim is asserting that because he has a nuclear deterrent, the U.S. should not make military threats but engage with North Korea towards peaceful co-existence,” said Dr. Whan. 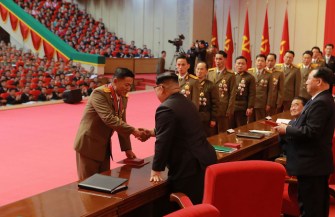 Eleanor Albert from the Council on Foreign Relations, writes in her assessment of the North Korean military that the country’s nuclear weaponry includes somewhere between 15 and 60 bombs, depending on whom you ask. The U.S. intelligence believes in the higher number.

North Korea’s most formidable threat to America could consist of a nuclear warhead carried by its new Hwasong-15 ICBM. In a November 2017 test, the missile hit an altitude of 4,475 kilometers (2,780 miles) and flew 1,000 kilometers (590 miles), as was reported by North Korea. The Hwasong-15’s potential range is 13,000 kilometers (8,100 miles), according to estimates by analysts. That means it could reach anywhere on the U.S. mainland. 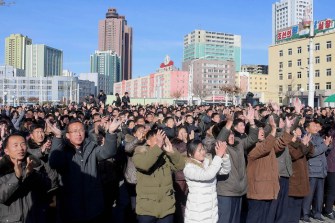 The only major questions remaining about these missiles, say observers is that they may have older and unreliable navigation, still from the Soviet Union days. There have been recent defectors, however, who reported that the country has started to use a newer GPS guidance system, so it’s possible the missiles are getting more accurate as well.

The nuclear test carried out by the regime in September 2017 was possibly its largest yet, with the yield of the bomb put at up to 100 kilotons. This can also indicate the country developed a hydrogen bomb. By comparison, the bomb dropped by the U.S. on Hiroshima had a yield of 16 kilotons.

“We’re going to have to learn to live with North Korea’s ability to target the United States with nuclear weapons,” said Jeffrey Lewis of the Middlebury Institute of Strategic Studies. 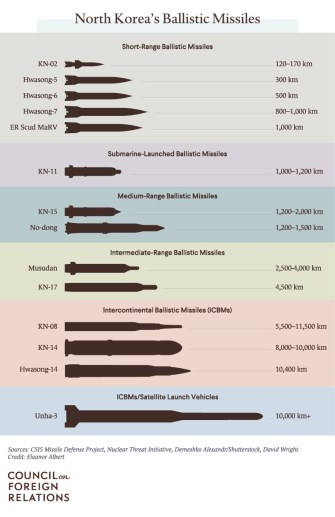 Other formidable military capabilities by North Korea may include an an arsenal of 2,500 to 5,000 tons of chemical weapons that include sarin, mustard gas and nerve agents. These can be fired from shells, rockets or missiles and the Korean People Army conducts training to prepare for fighting in a contaminated area.

The country might also have some biological weaponry, able to produce anthrax and smallpox.

As far as its manpower, North Korea has the world’s fourth largest military in the world with more 1.1. million active personnel and another 600,000 in reserve. All citizens are required to serve in its army.

A 2016 report by the South Korean Ministry of National Defense estimated that the North Korean air force consists of 1,300 aircraft. It also has about 5,500 multiple-rocket launchers, 4,300 tanks, 2,500 armored vehicle, 430 combatant vessels, 250 amphibious vessels and 70 submarines. 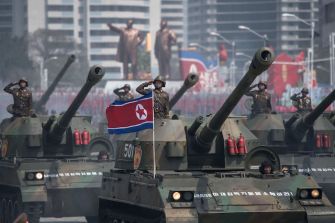 North Korea also has strong cyberattack capabilities, known to have made bold attacks on South Korean banks, Sony Pictures, and even stealing $81 million from a Bangladeshi bank account at the Federal Reserve in 2016.

Another, perhaps more fantastical, military threat from North Korea may include a nuclear EMP attack – a warning voiced recently by military intelligence experts before a Congressional panel.

No overview of North Korean military might would be complete without mentioning its guiding principles of juche (self-reliance) and songun (politics that places the military first), writes Eleanor Albert. The military plays a major role in politics and the country’s leader Kim Jong-un sees nuclear weapons as essential to the survival of his regime.

While it appears that North Korea is truly a country built for war, most analysts would not dare say that the United States cannot soundly and quickly defeat it. America has the world’s most powerful and most modern military. But the costs could be unbearable. It is estimated a war with North korea would claim the lives of 20,000 per day in South Korea, even before the use of nuclear weapons, which are likely to be turned towards the U.S. 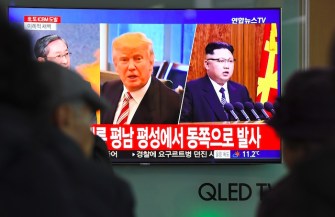 And how quickly will they reach for nuclear weapons? Daniel Pinkston, a defense strategy expert in South Korea, thinks since North Korea would not be able to sustain a protracted conventional war against the U.S., it would opt for the nuclear option early.

Related
Neuropsych
Asthma drug brings back “lost” memories
In a study involving mice, scientists used two different techniques — one optogenetic and one pharmacologic — to recover “lost” memories.
Stoicism: How to turn your sadness into strength
Chloé Valdary shares the ancient Stoic principle that can defeat modern despair.
▸
7 min
—
with
Chloé Valdary
Hard Science
3 new studies indicate a conflict at the heart of cosmology
The Universe isn’t as “clumpy” as we think it should be.
Starts With A Bang
The sober truth about finding the Universe’s first stars
The Universe certainly formed stars, at one point, for the very first time. But we haven’t found them yet. Here’s what everyone should know.
Life
Our antidepressant drugs are affecting animals and ecosystems
A toxicologist explains the impacts of antidepressants on fish — and no, they’re not getting any happier.
Up Next
Thinking
10 new year’s resolutions you can steal from philosophers
Finding New Year’s resolutions isn’t always easy. To help you out, we’ve gotten ideas from some of the greatest thinkers of all time.