Artificial neural networks are increasingly being used to enable technologies such as image recognition, handwriting recognition, and speech recognition. But what would happen if instead of training neural networks to recognize features in images, you flipped the process on its head and trained it to emphasize those features in other images? Google’s researchers put that question to the test and discovered to their surprise that the neural networks were able to generate new dreamlike images, even just out of white noise. The decidedly psychedelic results range from beautiful, to nightmarish. 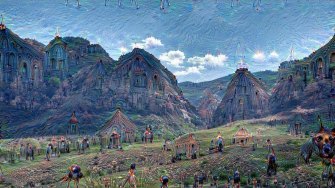 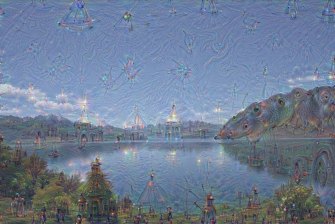 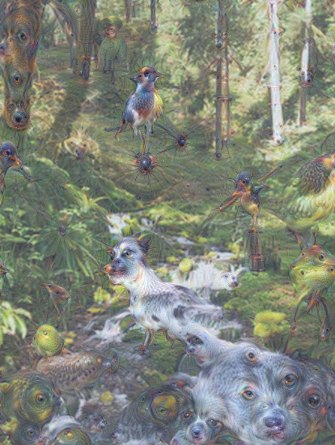 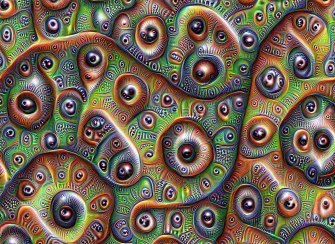 In the pictures below, the neural network was trained to enhance different types of features in random noise and then gradually tweaked toward the interpretation that the researchers were looking for: 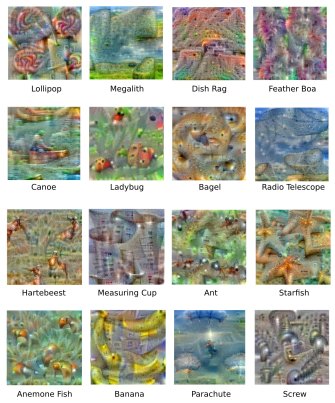 The process isn’t perfect; for example when asked to classify a dumbbell it provided pictures of a dumbbell attached to a disembodied human arm:

The fact that the sample images used in the experiment contained a high proportion of images of animals explains the bizarre results below (we can only imagine what might have happened if Google safe search wasn’t switched on).

“This network was trained mostly on images of animals, so naturally it tends to interpret shapes as animals. But because the data is stored at such a high abstraction, the results are an interesting remix of these learned features.” 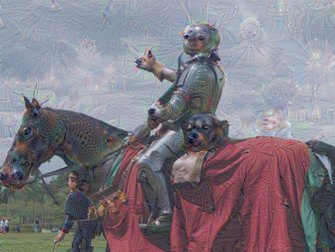 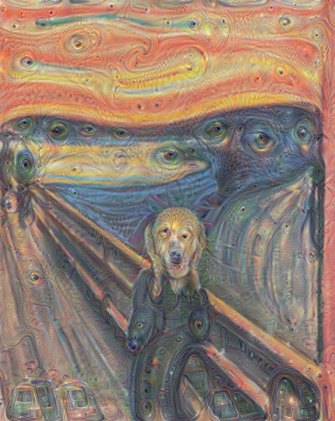 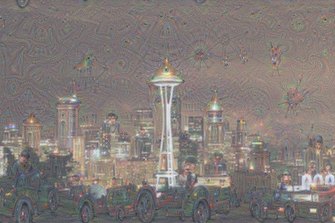 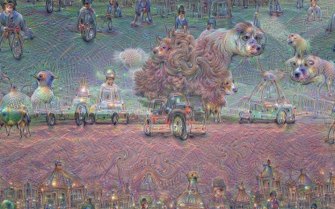 No one can deny the bizarre likeness between the images and reports of psychedelic hallucinations. We have long known that hallucinogenic drugs have a unique ability to make us see relationships that do not really exist, which is precisely what the neural networks were asked to look for in the images above. Perhaps this explains the images’ psychedelic nature.

“Even a relatively simple neural network can be used to over-interpret an image, just like as children we enjoyed watching clouds and interpreting the random shapes”.

But these neural networks aren’t just useful for creating trippy wallpapers for your desktop; the technology also helps enable you to run an image search using nothing but an image. To read more about this project, check out Google’s development blog. The project couldn’t help but remind me of a fascinating project that successfully reconstructed video footage from human brain activity, which I blogged about a few years ago at Nature’s Scitable blog.

If and when the technologies behind these two projects are merged, I’m sure we can expect even more exciting results.

Related
Starts With A Bang
The galaxy cluster that broke modified gravity
19 years ago, the Bullet Cluster provided an empirical proof for dark matter. Even today, modified gravity still can’t explain it.
Neuropsych
Psychology studies that go viral are likelier to be bogus
A new 20-year analysis of over 14,000 psychology studies finds that a study’s media coverage is negatively linked to its replicability.
The Future
How a device transmits radio waves with almost no power
Apart from the energy needed to flip the switch, no other energy is needed to transmit the information.
The Present
Radical idea: Redraw the U.S. map as a nation of city-states
While cities drive national economic growth, their political geography means they cannot effectively deal with inequality, poverty, and other socioeconomic problems.
The Learning Curve
Why do high IQ people stagnate in their careers? Emotional intelligence
Research suggests that emotional intelligence is more vital for success than IQ.
Up Next
Starts With A Bang
Ask Ethan #93: Newton’s Random Apple
If all the random motions of the molecules inside aligned, how far and fast would it go?“Millions saw the apple fall, but Newton was the one who asked why.”-Bernard BaruchOne […]