99% of the universe is believed to be comprised of plasma, a hot ionized gas made up equally of positively charged ions and negatively charged electrons. It’s viewed as a fourth state of matter because it behaves differently than anything else: It’s electrically charged, responds to external magnetic fields, and contains its own magnetic fields. When the magnetic field lines in plasma come together, break apart, and re-join, they produce explosive bursts of energy in a process called “reconnection.” It results in solar flares, northern and southern lights, and cosmic gamma-ray bursts.

But reconnection happens much more quickly and frequently than our understanding suggests it should, thwarting fusion experiments in tokamak magnetic confinement reactors, devices that use magnetism to fuse hydrogen plasma into helium. When reconnections cause fields to suddenly shift, it often becomes impossible to hold the plasma in place. Now scientists at Princeton Plasma Physics Lab (PPPL) have published The Physics of Plasma that provides a detailed explanation for why all these quick reconnections are taking place. 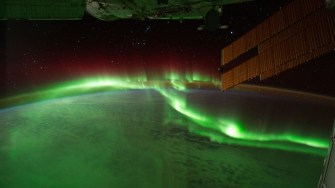 It was originally thought that plasma exists only as large, elongated sheets whose long magnetic field lines don’t move around that quickly, making the rapid reconnections that have been observed perplexing. Scientists have been looking into “plasmoid instability” and the way in which the magnetic field of sheets may be breaking up into smaller magnetic islands called “plasmoids.” It’s been theorized that as the plasmoids take form in varying magnetic orientations, they might be producing the mysterious reconnections, but how this might happen has been unclear. 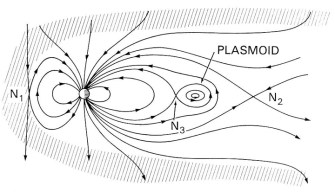 Luca Comisso, lead author of PPPL’s The Physics of Plasmasays that the study finally offers “a quantitative theory for the development of the plasmoid instability in plasma current sheets that can evolve in time.”

Comisso and his collaborators — Manasvi Lingam, Yi-Ming Huang and Amitava Bhattacharjee — applied 17th-century mathematician Pierre de Fermat’s “principle of least time” to derive equations that would illumine the “life cycle,” if you will, of plasmoid instability: They found that it begins slowly in a linear manner, pauses into quiescence, and finally accelerates into an explosive proliferation of plasmoids that produce a corresponding, and dramatic increase, in the rate of reconnections. 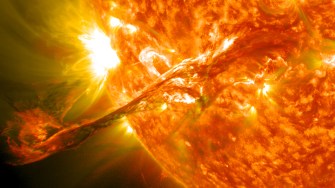 The PPPL team also discovered, weirdly, that plasmoid instability doesn’t respect physics’ standard power law in which a change in its intensity doesn’t produce a corresponding change in output. The Physics of Science concludes, “It is common in all realms of science to seek the existence of power laws, despite the fact that they are, sometimes, intrinsically simplistic. In contrast, we find that the scaling relations of the plasmoid instability are not true power laws — a result that has never been derived or predicted before.”

So, while scientists still don’t know why plasmoid instability occurs, producing these flurries of reconnections, they do now understand the way in which it happens. It’s an important first step in learning how to predict solar flares and blasts of gamma rays, and toward mastering tokamak-reactor magnetic fields in the development of fusion energy.

“Salvator Mundi” sold for a record-breaking $450 million in 2017, but is it really as valuable as people were led to believe?
Up Next
Personal Growth

Is A National Soda Tax Inevitable?

Oakland and San Francisco recently passed taxes on sugar beverages. Is the entire nation next?