The idea that diligence is a virtue and that a person who doesn’t work full time is morally suspect is a common one. Phrases like “idle hands are the tools of the devil” suggest to us that work is inherently good and that if we don’t work full-time then we have somehow failed. For many people, unemployment is as much something to be ashamed of as it is an economic problem.

It is no surprise then that we rarely ask — “do we all need to work?”

Think about it. The advance of technology over the last century and the increasing threat of automation have made many jobs obsolete. We have more wealth than at any other point in human history, we’ve created machines by which we can be more productive than any other point in human history, and have more things to do in our spare time than ever before. Why should we all work full-time jobs if we can afford to work part-time for the same economic output?

This is the question Andrew Taggart has asked for years. Taggart, a practical philosopher, understands that people have a need to contribute and often find meaning in work, but questions if our society can offer jobs that fulfill these needs to everybody. He points out that full employment schemes have historically focused on short-term, unskilled and labor-intensive employment that often fail to satisfy our need to contribute meaningfully to the world.

So, how do you solve the problem of a lack of meaningful work?

Saying that “[our] modern society lacks imagination”, Taggart points to alternative models of assuring material needs are satisfied without everybody having a full-time job. He highlights schemes like Local Exchange Trading Systems which can offer the same material and psychological satisfaction to the individual outside of the traditional employment structure.

In systems such as this people still work “jobs” in that they produce goods and services, but their production is geared for use, often paid in kind, and you are under no obligation to work any more than you want to-provided that you can pay your bills. In his Big Think interview, he discusses more causes of, and solutions to, our obsession with work.

Similarly, Professor David Graeber has written entire books on why we work jobs that we know are bullshit. He thinks it is a problem of design, with the economy purposely organized to employ people in jobs that don’t need doing. For Graeber, the idea that we all need to work jobs that we think are pointless defeats any non-material purpose that work has.

While he agrees that there can be dignity to labor, the idea that a clerk who thinks their job has no worth gets any dignity from it strikes him as laughable. Given the seeming illogic of people being paid to do pointless work, Dr. Graeber can only find a political explanation for why the working class still works 40-hour weeks. He points out that:

“The answer clearly isn’t economic: it’s moral and political. The ruling class has figured out that a happy and productive population with free time on their hands is a mortal danger (think of what started to happen when this even began to be approximated in the ‘60s).

He suggests that we cut down on our bureaucratic systems, both public and private, as a means of getting rid of most of the pointless jobs. 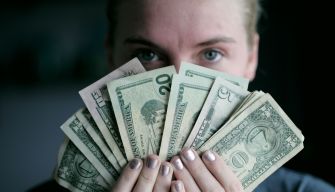 Of course, it must also be said that some of us do want to work a job that stinks just for the money. The counterargument that we want more money over more free time has frequently been offered over the last fifty years. (Photo by Sharon McCutcheon on Unsplash)

Are these two just postmodern crackpots? Has anybody with unquestionable stature reached the same point?

The philosopher Bertrand Russell would have sided with both men. In his essay In Praise of Idleness, Russell argues that a key reason for both overwork and unemployment is the unequal distribution of leisure time. Russell suggests that a more scientific organization of the economy, he was a committed democratic socialist, could both end unemployment and overwork by removing the pointless tasks and dividing the work that remains more equitably.

Russell has a strange element to his views, the idea that leisure time is inherently good. He goes so far as to say that “Leisure is essential to civilization.” He then posits that “with modern technique, it would be possible to distribute leisure justly without injury to civilization.”

He gives an example of how our desire to have everybody work full time hurts us. He asks us to imagine that two large factories make pins. These two plants produce all the pins the world needs and employ many people. However, one day an invention comes along that doubles production rates. Russell suggests that:

“In a sensible world, everybody concerned in the manufacturing of pins would take to working four hours instead of eight, and everything else would go on as before. But in the actual world this would be thought demoralizing. The men still work eight hours, there are too many pins, some employers go bankrupt, and half the men previously concerned in making pins are thrown out of work. There is, in the end, just as much leisure as on the other plan, but half the men are totally idle while half are still overworked. In this way, it is insured that the unavoidable leisure shall cause misery all round instead of being a universal source of happiness. Can anything more insane be imagined?”

So, do we all need to work full time? From an economic standpoint, we don’t. Everything that everybody needs can be produced by a fraction of the population working full time or by everybody working part-time. Many jobs that we still keep around really don’t require doing at all, like telemarketing.  Great minds of ages past dreamed of a world where we all worked a fraction of what we do now and enjoyed more time with friends, family, hobbies, and education. The question is, why don’t we? After all, if we can afford a basic income, like Chris Hughes suggests we are, why can’t we afford to work part-time?

We confidently state that the Universe is known to be 13.8 billion years old, with an uncertainty of just 1%. Here’s how we know.
Up Next
Starts With A Bang

Ask Ethan: How Fast Could Life Have Arisen In The Universe?

It took the Universe 9.2 billion years to create the Earth, and another 4 billion for complex life. Could we have gotten there faster?The story of how the Universe came to […]