All fans of psychedelics know the creation mythology of LSD. While working at Sandoz Laboratories in Basel, a young chemist named Albert Hoffman was tasked with discovering potential clinical uses of a fungus called ergot. People who ingest ergot display symptoms of insanity—some suspect this fungus was behind the Salem witches incident. In 1938, Hoffman synthesized the twenty-fifth molecule, LSD-25, hoping it could be used as a respiratory stimulant. Initial tests on animals proved fruitless. It was shelved.

Five years later, Hoffman recalled that particular synthesis. Intuition told him something was there, so he pulled it from the shelf. Fortunately, LSD-25 has a long shelf life; while reexamining it he accidentally got some on his skin. Spread out on his couch, Hoffman “perceived an uninterrupted stream of fantastic pictures, extraordinary shapes with intense, kaleidoscopic play of colors.”

As Michael Pollan writes in his new book, How to Change Your Mind: What the New Science of Psychedelics Teaches Us About Consciousness, Dying, Addiction, Depression, and Transcendence, Hoffman was the only person in history to ingest LSD without preconception. A few days after his initial foray, Hoffman dosed himself .25 milligrams and experienced the world’s first bad trip. “A demon had invaded me,” he wrote, “had taken possession of my body, mind, and soul.” Hoffman was also the first person to recognize dosage matters.

The demon off the shelf, Sandoz’s interest was piqued. Seeking a therapeutic application for LSD, under its brand name, Delysid, the laboratory shipped the chemical globally to any researcher with an interest in studying it between 1949 to 1966. Researchers observed schizophrenia-like symptoms in volunteers, which inspired them to research potential neurochemical underpinnings of mental health. 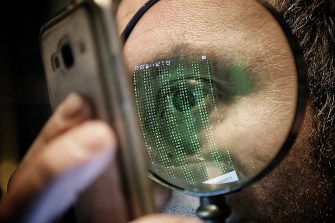 The discovery of serotonin, as well as today’s most widespread class of drugs, SSRIs, was due to this early clinical research of LSD. In fact, Hoffman’s discovery helped to kick off the discipline of neuroscience. Recognizing a chemical basis not only for physiological functions but for thoughts and emotions as well, researchers began tearing apart many of the complex functions of our body’s various systems.

Psychedelics, in general, were used for a variety of applications: treating depression and addiction. One notable proponent of LSD is AA co-founder Bill Wilson, who credits his recovery to the hallucinogen. Today there is a resurgence of clinical studies on LSD, psilocybin, MDMA, and ketamine for these topics and beyond, including anxiety and PTSD relief.

But in 1959, before Timothy Leary aligned these substances with his peculiar brand of spiritual fusion, actor Cary Grant promoted LSD therapy. The actor ingested the substance over a hundred times and credits it for saving his life. As the molecule careened around the nation, it made an important stop at Ampex, an early technology company in a sleepy Northern California region that would later be known as Silicon Valley.

It was there that an electrical engineer, Myron Stolaroff, ingested 66 micrograms of LSD and witnessed—according to him—the development of life on earth as well as the trauma of his own birth. Along with his guide, Al Hubbard, Stolaroff decided he would remake Ampex into a “psychedelic corporation.” Weekly workshops with executives changed the focus and management of the company; Stolaroff left in 1961 to pursue psychedelic research full-time. For six years, a foundation he founded “processed” around 350 people—with FDA approval. 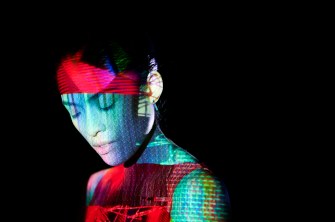 The challenge when considering psychedelics is recognizing the importance of thinking and emotions as a clinical course of study. Today we treat depression and anxiety as wiring and chemistry problems. SSRIs, the most widespread medication, is said to target the brain’s serotonin system, but 95% of serotonin is produced in the human gut. Serotonin is not a standalone system; it interacts with a variety of other systems. While we might not know why psychedelics work on our emotional states and mindsets, an accumulating body of data shows that they do.

You can’t separate the visions and feelings psychedelics inspire in you with the limited frame of reference known in clinical therapy. Placebos work because we think a certain substance is going to make an impact; the power of thinking is integral to how the body responds chemically. Yet as we watch a drastic uptick in rates of anxiety and depression, we’re also witnessing an increase in the number of SSRI prescriptions, which means those drugs are not working as intended. Considering they rarely work better than placebo, it appears we’ve exhausted our illusions.

Leaving aside therapeutic applications for a moment, what about visions that carry us into the future? Are they not of equal value? LSD supposedly inspired Steve Jobs to create one of the most successful tech companies on the planet. Before Jobs, however, the very people responsible for envisioning and then designing the first models of virtual reality and the internet were also inspired by this substance. As Pollan writes:

How much does the idea of cyberspace, an immaterial realm where one can construct a new identity and merge with a community of virtual others, owe to an imagination shaped by the experience of psychedelics? Or for that matter virtual reality? The whole notion of cybernetics, the idea that material reality can be translated into bits of information, may also owe something to the experience of LSD, with its power to collapse matter into spirit.

Intention also matters. I’ve written about psychedelics often, and I’ve noticed commenters that decry the therapeutic and creative applications of them either a) never tried them or b) immediately cited their own bad trips. The main reason Timothy Leary is predominantly loathed by researchers is that he had no regard for therapy. He played the role of omnipotent guru, not a psychedelic guide. Without a helping hand, especially on your first trip, chances you’ll arrive at the other side unscathed are limited.

As Pollan writes, American governmental agencies are quietly reopening the doors on psychedelic research. Facing an opioid epidemic alongside increasing rates of depression and anxiety—which directly interface with obesity and immune problems, both of which play a hand in cardiovascular problems, diabetes, stroke, and cancer—research professionals need substances that work. Psychedelics are not the only answer, but that they are an answer must be considered.

Of equal importance is their role as fuel for our imagination. We all live with illusions, but ones that force society backward, as are currently being displayed in our administration’s obsession with nationalism and xenophobia, are dangerous. There are many better illusions to harbor, and they can always lead to something incredible. You’re reading this article on a device thanks to a planetary connective tissue dreamed up under the influence of an ergot molecule half a century ago.

Related
Starts With A Bang
Ask Ethan: What are white holes, and do they really exist?
In General Relativity, white holes are just as mathematically plausible as black holes. Black holes are real; what about white holes?
Life
Strange life forms create an “alien” ecosystem in an abandoned uranium mine
Slimy biofilms made up of bacterial and eukaryotic life forms have taken over an abandoned, flooded uranium mine in Germany.
Hard Science
Earth has an eerie “sodium glow,” and astronomers use it to image stars
Air currents in our atmosphere limit the resolving power of giant telescopes, but computers and artificial stars can sharpen the blur.
Health
How saliva changes the flavor of food
“It’s a liquid, but it’s not just a liquid.”
High Culture
Why are flood myths so common in stories from ancient cultures around the world?
Could the prevalence of flood myths around the world tell us something about early human migration or even the way our brains work?
Up Next
Culture & Religion
Is religion dying? A look at shifting demographics.
Studies show which religions are growing fast and which ones may be dying out.