It’s drilled into us since elementary school… the Big Bang created everything. Or did it? There’s actually one celestial body, the Methuselah star (HD 140283) which has astronomers stumped. It’s thought to be 14.5 billion years old. But the Big Bang occurred 13.8 billion years ago.

Astronomers determine a star’s age by its physical properties. Temperature, luminosity, and radiance are all studied closely in order to properly date one. A star’s lifespan however depends on how much metal and mass it contains. Older stars will have low mass and low metallicity.

“Metal” here is considered the byproducts of a fusion reaction in the star’s core. Some of the earliest stars had no metals in them. But as stars die, their remains become part of new stars, and those adopt the metals created by their predecessors.

So is this star going to cause a paradigm shift in how we view the cosmos? Probably not. It’s unlikely that the universe is 14.5 billion years old. How do scientists know the universe’s age anyway? 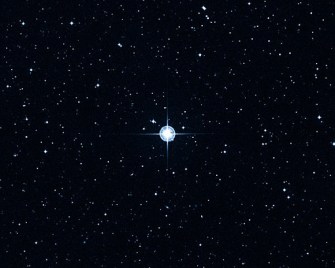 Star HD 140283 could be older than the universe itself. ESA/Hubble.

One way to know is to measure the temperature and pressure of the cosmic microwave background. This is a layer of radiation inhabiting deep space thought to be the afterglow from the Big Bang. It’s the most distant light we’re able to detect. The Hubble Constant or the expansion rate of the universe also helps scientists date a star.

Another way is to study stars and star clusters. We know how stars are formed, how their fusion reactions start, their efficiency level, and how they die. It can be difficult however when a star is in midlife to define how old it actually is. Understanding its composition can help.

Astronomers can get a handle on a star’s age by measuring how much carbon, oxygen, and iron it contains. The spectrum of starlight contains dark lines called Fraunhofer lines. These are formed by different elements in the star interacting with its light. But studying these lines, astronomers can determine a star’s composition. 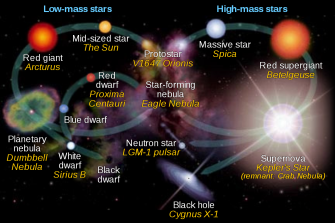 The lifecycle of a star. NASA Goddard Space Flight Center.

Other methods include looking at star formation, star cluster formation, and the creation and development of galaxies. Most scientists say our calculations for the age of the universe, with all these considerations taken together is pretty solid, give or take 100 million years.

That’s why it was so shocking that previous research had Methuselah at up to 16 billion years old. A team recently reevaluated the star and updated its age, which they say is compatible with our current cosmological model. In this study, lead author Howard Bond and colleagues looked at the star’s brightness, distance, structure, and composition, to reevaluate the star’s age. Bond is a professor in the Astronomy & Astrophysics department at the University of Pennsylvania.

Methuselah is a low metallicity subgiant on its way to becoming a red giant. This is when it’s exhausted its hydrogen core. It’ll expand for a time, then shrink to a white dwarf, or else end in supernova.

Bond and his team used the Hubble space telescope to get a better understanding of the distance of star HD 140283, in conjunction with the principle of parallax. This is the experience of things looking as if they cross at a distance, when in actuality they remain parallel. Think of when you look down train tracks. The tracks seem to meet at the vanishing point. 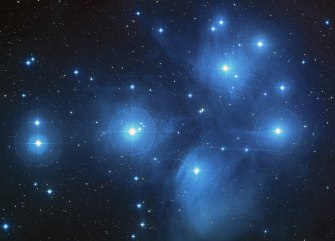 Bond and colleagues thought they could get a more accurate measurement of distance by understanding the variance between the position of Earth’s orbit and Hubble’s. They were right. Methuselah is 190.1 light-years away, researchers found. It’s moving at a high rate of speed, 800,000 mph (1.3 million km/h) and has an unusually long orbit. These may be symptoms of its decline.

Getting a better grip on the star’s distance, they were able to calculate its brightness. From there, they could figure the star’s age. Bond said there’s a level of uncertainty, which could add or subtract 800 million years. A subtraction would make it just a tad younger than the universe itself. The team also tried to get a better understanding of the star’s burn rate, which could also help date it.

Bond and colleagues believe the star has a high ration of oxygen-to-iron. This might also make it younger than first predicted. Researchers are pretty sure further calculations will bring the star’s age down some more. The results of their study were published in the journal Solar and Stellar Astrophysics.

To learn more about this cosmological riddle, click here:

The problems that Americans face are often too complex for fact-checking alone.
Up Next
Starts With A Bang

Ask Ethan: How Can A Nation Have Nuclear Power Without The Danger Of Nuclear Weapons?

In 2015, Secretary of Energy Ernest Moniz, a nuclear physicist, accompanied then-Secretary of State John Kerry and others to meet with the Iranian Foreign Minister Mohammad Javad Zarif (2nd R) […]