What do video games and cardboard have in common? Besides the packaging games come in, basically nothing.

But Nintendo intends to change that on April 20 when it releases Labo, a new gaming system that asks kids to assemble (or create their own) mini-games by combining cardboard cutouts with the company’s handheld, modular Switch console.

Nintendo calls these mini-game creations “Toy-Cons,” and they come in bare-bones kits like the “Toy-Con 01 Variety Kit,” which costs $69.99 and includes:

With these low-tech features, kids can make a remote-control car, fishing rod, house, motorbike, and a playable piano—all without using glue or a scissor.

Another, slightly more expensive ($79.99) kit comes with cardboard cutouts that assemble to make a robot suit that kids can wear to “become a robot in the game.”

Nintendo has long been, arguably, the most innovative gaming platform, especially in terms of games for young people. While Playstation and Xbox often offer the best in terms of high-definition realism and online multiplayer games, Nintendo has focused more on how players interact with games.

The company’s Wii console, which in 2006 changed the course of gaming with its wireless infrared controllers and bobble-head avatars, has sold more than 100 million units to date. And the Nintendo Switch, a handheld yet high-definition console, got off to a similar start in 2017, becoming the company’s fastest-selling console in the months after its release. 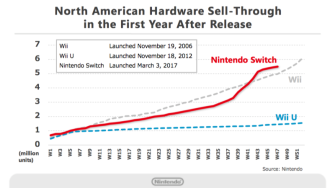 Labo might follow suit, partially because the do-it-yourself system is getting a lot of attention for its potential to get kids interested in STEM-related fields. For example, Labo comes with an easy-to-use programming platform called Toy-Con Garage that kids can use to make their own mini-games or Rube Goldberg-machine like creations.

Educational or simply entertaining, Nintendo Switch Director and Labo Producer Kouichi Kawamoto said his team had a straightforward goal when designing the system.

“Truthfully, our highest priority was to make something interesting and fun. We wanted to make an experience that helped people see that discovering how things work is fun in-and-of itself, and that making things is rewarding.”

The poisoned candy legend is just one way that American fears manifested: as an easily understood threat to innocence.
Starts With A Bang

No, we probably didn’t detect our first planet in another galaxy

Named M51-ULS-1b, it's certainly a curious astronomical event. But the evidence is far too weak to conclude "planet."
Neuropsych

Intrapreneurs tap into the spirit of entrepreneurialism to innovate and find personal meaning at work, but organizations need to celebrate their efforts more.
Up Next
Surprising Science

Is the blood in our bodies blue or is it just a myth?

The answer is not only telling of our biology but that of other organisms as well.